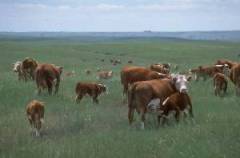 Are you a snow-loving Rocky Mountain gal? A wide-open-spaces Prairie kind of guy? Or maybe someone who can’t get enough of the rugged coasts and fresh Atlantic air in the east? Tell us why the place you live is the best place in Canada, in The Voice Great Canadian Place Challenge! Is it the people?… Read more »

Changes to Council Executive The AUSU “cabinet” does the shuffle AUSU councillors are elected for two-year terms and, traditionally, the three executives also serve for two years. In early 2005, however, council began to discuss the possibility of holding a mid-term executive election for the following reasons: ? Executive positions are very demanding and require… Read more » 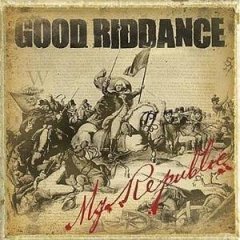 Music To Eat Lunch To – Good Riddance – My Republic

Release date: June 2006 Label: Fat Wreck Chords Tracks: 14 Rating: 10. As always, a 10. My Republic is sadly going to be the last release by Good Riddance following the band’s breakup this year, so despite the aging release date it seems fitting to give them a write-up. I, like many other fans, am… Read more »

From Where I Sit – Smell the Roses

After the longest winter of our lives and a spring that came in fits and starts, I finally got to spend some time in my garden during the long weekend. Because we live on a farm our yard is huge, with multiple flower beds, many trees, and grass galore. The early onset of winter and… Read more »

Gemini May 21 – June 20 The glyph for Gemini is indicative of the Roman numeral II and is symbolic of the astrological sign for Gemini, which is twins. The glyph can also be seen as depicting the human lungs–the part of the body that Gemini rules. The duality of the glyph symbolizes the choice… Read more »

I often feel that I should be more active in following world politics; that being fed the information passively leaves me vulnerable and uninformed. So, I resolved to read the political pieces in the national newspapers, but found them rife with bipartisan personal opinion or spin. Not my idea of being informed. Turning to the… Read more »

The Internet is full of wonder and surprise, and just plain eyebrow-raising curiosity. Things the Royal Mail Service in the U.K. Won’t Carry http://www.royalmail.com/portal/rm/content1?catId=400138&mediaId=36200675 … like stamps. They won’t carry stamps. Origami Art http://www.influks.com/post862.html It was very difficult to believe some of this was origami. It’s incredible. All Known Bodies in the Solar System http://kokogiak.com/solarsystembodieslargerthan200miles.html… Read more »

At Home: Official languages commissioner accuses Harper of stepping on the Official Languages Act In September of last year, the Harper government decided to cut the Court Challenges Program. In a report released May 15 by the official languages commissioner, Graham Fraser, this was cited as a blatant disregard of the Official Languages Act (OLA)… Read more » 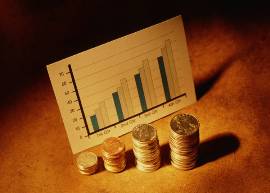 With an economy That’s seen recent increases of more than 20,000 jobs per month, the Saskatchewan government is including nearly $200 million in skills training in their 2007-08 budget. ?Saskatchewan now has more jobs than people,? announced Pat Atkinson, the advanced education and employment minister, in a recent press release. ?We need to make sure… Read more »

Letters to the Editor – In praise of the Blame Game, and AU should advise reading amounts

We love to hear from you! Send your questions and comments to voice@ausu.org, and please indicate if we may publish your letter. Dear Voice, Re: Hazel Anaka’s May 18th column, “Stop the Blame Game” I would like to commend Miss Anaka on her column this week–it was well-written and the message is a great one…. Read more »