The summer following the boat launch escapade on the banks of the Frazer River (see last week’s the Voice), I was once again working for the BC Forest Service at NIFAC. From the beginning of May through the end of August I, along with around twenty coworkers, lived in and worked out of a camp located at Bear Lake, 90 kilometers north of Prince George BC. Depending on the frequency of forest fires, life was either hectic, with radios blaring, helicopters flying in and out, and firefighters running very which way or, more often than not, as boring as one can imagine, as we waited for a fire-call that didn’t come. In the slow times, during working hours, our boss, Neil Campbell, was always looking for “make-work” to keep us busy and in shape. Believe me, I never want to dig another out-house hole, paint another picnic table, or mop another floor in my life. On our off-duty time, we did our best to keep busy. Everyone had a hobby or six because of our isolated location and the resultant lack of entertainment.

Although I greatly enjoy the outdoors, I have never taken to fishing, but many of my coworkers were avid fish slayers. Having my father’s riverboat in the parking lot, I endured an unceasing barrage of pressure from my fisher friends that I take them out onto one of the nearby lakes. One day, having nothing better to do, I agreed so long as they did the fishing and I did the driving. We hooked the boat’s trailer to my truck and drove the fifteen minutes to Davie Lake, where there is an oft-used boat launch. Dad’s riverboat held the five of us with room to spare and we headed out onto the lake.

We had been trolling for a while when someone suggested that the fishing might be better at a different spot on the lake. They brought in their lines and I opened the throttle, bringing the boat to full speed. Small waves were rolling across the lake and slamming into the bow. Suddenly the front six feet of the boat separated from the back and began flopping up and down. The entire nose was being held to the boat by the single, flexing piece of ply-wood that made up the boat’s floor. Everyone moved to the rear of the boat and I kept the throttle open in order to keep the front out of the water and prevent our sinking.

We were circling out in the lake while I tried to think of a way that we could save ourselves as well as the boat. Turing to look at my passengers, I saw four pairs of eyes as big as saucers staring back into my own, which I’m sure were just as wide. Glancing back toward the boat launch, I spied our salvation. For once in my life, my lazy streak had paid off because I’d left the truck parked with the trailer still in the water where I had launched dad’s riverboat. Telling everyone to hold on tight, I aimed the boat at the trailer. The landing wasn’t nearly as hard as I’d expected it to be; we were all safe and dad’s boat escaped the gloomy depths for a second time.

Needless to say, none of my coworkers ever asked me to take them fishing again. I realized afterwards that in pulling the water-filled boat out of the Frazer River with my winch, Rick and I had seriously weakened the joints that held the nose onto the main portion of the boat. The choppy waters on Davie Lake had finished the job that could have been the end of us. I didn’t tell dad about the rest of the story, but he found out anyway, as my fiber-glass repair skills leave much to be desired. 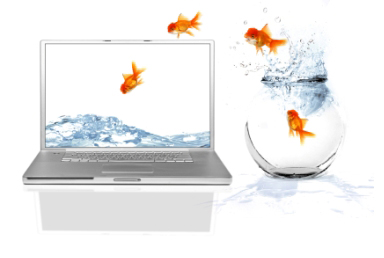 Nature Notes – From the Backyard to the Biosphere. Cyclic Nature: New Life from Old 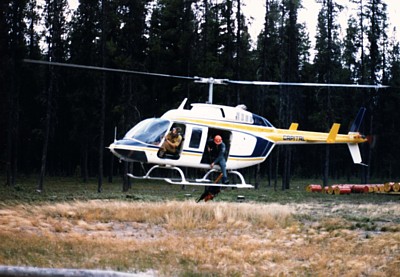