Columns
The Voice
Maghreb Voices – Blogger El Bashir Hazzam and the Strange Destiny of Free Speech in Morocco, Part I

?…happy, man!
just happy!
until we grudgingly shuffled outside
to find the horizon had sucked
the sun in leaving behind
a smudge of colors like a
fly swatted against the wall
and our nightmares standing
out there patiently waiting.?

On December 1 university students gathered to stage a protest in the village of Taghjijt in Morocco’s Guelmim province. They wanted the government to help provide, among other resources essential to their educations, public transportation to their university, Ibn Zohr, two hundred kilometres north in Agadir.

The authorities, immediately sensing that such an event required a swift and punitive response, sent out security forces. When three students?Mohammed Suisse, Ahmed Habibi, and Abdul Aziz Al-Salami?were arrested a larger protest was instigated, which in turn drew an even more violent reaction from law enforcers.

Over the next few days Taghjijt was placed under a curfew and local Internet cafés were either closed or placed under surveillance to prevent news of the incident from reaching the outside world. Sources say that for six days all those leaving or entering the village were searched and students were not allowed to leave.

More arrests were carried out, including, on December 7, one week after the demonstration, that of blogger El Bashir Hazzam. Hazzam had not attended the demonstration but had blogged about the incident and had also published the students? declaration condemning police action during the protest.

Police questioned Hazzam regarding the recent blog and also about a blog he had published in 2007. In the end Hazzam was charged with ?spreading false information about human rights that undermined the kingdom’s image? and sentenced to four months in prison. 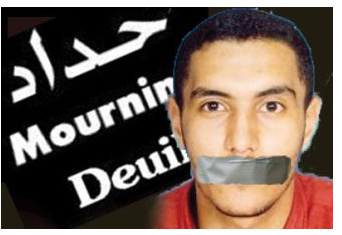 Also arrested was Internet café owner Abdullah Boukhou, who was sentenced to six months on the same charges as Hazzam and given an additional six months for having in his possession a flash drive holding Hazzam’s blog post and statements from Berber organization Al Haraka. Boukhou was charged with ?possession of publications inciting racial hatred.?

Regarding the incident, A.T.B., award-winning blogger and creator of A Moroccan About the World Around Him, has this view to offer: ?In essence, the political dynamics operating in Morocco have not changed since 1956. We have been stuck in the interregnum between the independence from the French and the promised democracy. Every new government the king appoints is a tool of harassment, repression, and intimidation whittling away at the resilience of Moroccans to effect community driven change. With every new election, the growing sense that our country is politically paralysed intensifies.?

On Tuesday and Wednesday (February 2 and 3) Hazzam and two of the students undertook a hunger strike to protest the suppression of free speech in Morocco and the conditions of their detention.

On Monday, February 8, a tribunal is being set up to offer emotional and psychological support to Hazzam and also to bring the situation to the attention of as much of the media, domestic and foreign, as possible. It is hoped that a large show of solidarity from lawyers, bloggers, and activists will not only bolster Hazzam’s spirits but that it will also bring more attention to his plight and pressure the government to free him.

The Association of Moroccan Bloggers has set up this Facebook page in support of El Bashir Hazzam and his fellow detainees.

Maghreb Voices is about the art, culture, and struggles of the peoples of Algeria, Morocco, and Tunisia, in northern Africa. The column features history and current events as well as profiles of artists, musicians, and writers who 1) live within a Maghreb country; 2) are originally from the Maghreb and are now using the culture of their homeland as inspiration in their art; and 3) come from outside the Maghreb but have based their art largely on the cultures of the Maghreb. 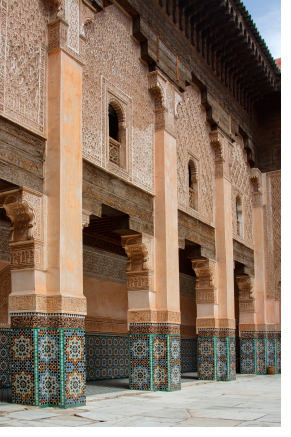