At Home: Copyright bill could mean big changes for consumers

Copyright issues are more complex than ever, and an attempt to update Canada’s copyright laws could mean big changes for the way consumers listen to music and watch movies. As the CBC reports, the new bill could be tabled in the House of Commons as early as next week?and It’s expected to include tough new rules on breaking digital locks.

The locks, ?known variously as technology protection measures (TPM) or digital rights management (DRM),? prevent consumers from copying and sharing digital content. However, It’s a common practice to circumvent DRM locks and opponents of the bill say the new rules would ?criminalize the ordinary behaviour of millions of Canadians, such as copying a CD onto an iPod or recording a television program for later viewing.?

One issue raised is whether digital locks mean that companies are ?actually renting the product rather than selling it.? According to that argument, if a consumer purchases digital content, they own that copy of the content and should therefore hold the digital keys to any DRM locks on it. If content providers maintain control of those digital keys, they should be viewed as simply renting that content.

However, another view is that consumers buy digital content to be used in specific ways (such as on a CD or iPod), and that ?when a consumer buys a DVD, they are paying for the right to watch it, not to copy it.?

Sometimes It’s the smallest things that can be the most annoying. Things like tangled earphone cables. But That’s where a group of Irish students have cashed in big, by inventing a product that stops the cables from getting tangled or damaged.

As the Irish Times reports, several major companies are vying for rights to the device, which is called ?Rap It.? One of the designers, 16-year-old Stephen O?Callaghan, told reporters that the boys have ?received a few offers but the Vodafone one has been the best.?

The five young inventors range in age from 16 to 17 and attend Presentation College Carlow. They ?came up with the idea for their transition year mini-company product.? Besides attracting attention from major firms, the idea was also one of three school projects ?to win the first Seán Lemass Awards for Enterprise.?

The domestic deal is reported to be worth around ?10,000 (about $13,000 CAD) and It’s hoped that international rights will be sold as well. Individual units will retail for about ?2 each.

The boys manufactured the first of the pocket-sized plastic devices on a laser cutter at their school, and the design is simple but effective. ?It works by slotting the two ear buds into the holes at the top of it,? O?Callaghan explained to reporters, ?wrapping it around to the end and then slotting in the jack to hold it.? 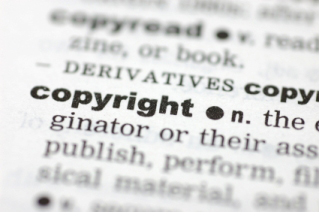 Internet has changed how copyright works, Canadian law needs to catch up: prof