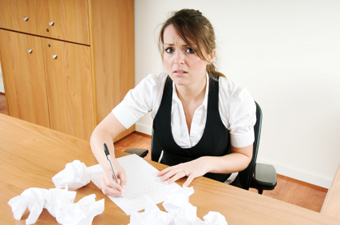 Last weekend, an article in an independent newspaper made waves in the academic world. The Chronicle of Higher Education published a personal account written by ?Dante,? a writer who makes a living composing custom university term papers. The catch: all those essays are paid for, and submitted to professors by, other students.

The article and its implications have raised a certain level of controversy in academic circles. Cheating in any form is a blight on academic integrity, and customized cheating is a pretty clear case of black and white.

Most of the commentators seem keen to point the finger; in fact, ghostwriter ?Dante? explicitly names university profs as those who are at fault. But there’s plenty of guilt to go around. The ghostwriters themselves, the cheating students, the achievement-driven grading system, the lack of funding at universities, the parents who didn’t raise their kids to be honest: all earn a share of the blame, and possibly rightly so.

Another (former) term paper writer explained his theories in The Smart Set a couple of years ago. He believes that many students are ill-prepared for university writing; that some students get a stroke of bad luck on occasion (for example, illness or divorce); and that other students, highly educated in foreign countries, are struggling to earn a piece of paper that will recognize to some extent their prior educational achievements. 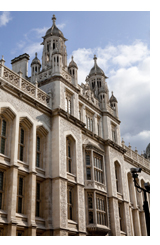 Of course, putting it that way makes the solution seem easy. You just prepare students better, make provisions for emergencies (like extensions), and work with foreign institutions to recognize degrees earned overseas.

But although these solutions might help temporarily, in the longer term they won’t do much more than slap a band-aid on the symptoms of the problem. I think the real issue is something far bigger. There have been dramatic shifts in society’s attitudes toward higher education, and now It’s time to start making sense of the muddle. What’s happened to universities and the so-called love of learning?

It’s telling to watch how public perception of education has changed over the centuries. Four hundred years ago, universities were truly seen as hallowed halls of learning. Students attended to satisfy their thirst for knowledge of the world, the universe, and the human condition. With the prevailing Renaissance-driven attitude that the pursuit and attainment of knowledge and understanding were one of the ultimate goals of life, universities became like a beacon of light: knowledge was truth and power.

Of course, things weren’t perfect then, either; many students in the Renaissance era and the several hundred years following that had some background of wealth or privilege that enabled them to study exclusively or concurrently with some other occupation. But the general attitude toward higher education was different. No one went to university to ?get a job,? something That’s now become synonymous with higher education and that piece of paper. 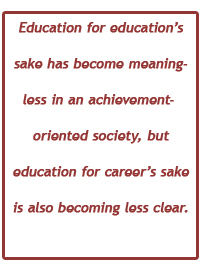 In fact, many of history’s most famous scientists, inventors, and philosophers pursued their quest for knowledge independently of their day jobs, so to speak. One of the prime examples is Johann Wolfgang von Goethe. Known primarily for his poetry and plays, Goethe was also a scientist (It’s believed that he was responsible for discovering one of the bones in the human jaw) and a civil servant (including a position as chief adviser to the Duke of Saxe-Weimar-Eisenach).

Fast-forward to, say, the late 19th and early to mid-20th centuries. At that point, attitudes toward education had begun to change: higher learning became a way to get ahead in the world. The wider availability of scholarships and grants meant that a university education wasn’t just for the privileged upper classes, but was increasingly open to students of more diverse backgrounds. Graduates were assured of better jobs. So although the focus shifted away from the wonder of discovery and more toward the security of the future, universities still shone a beacon of light: for many, they represented the opportunity to better their lot, a chance to break free from the cycle of poverty.

Over the past couple decades, though, higher education has been wobbling?and those beacons are dimming fast. It’s like institutions of higher learning aren’t sure what they want, and neither are the students. In order to get a reasonably-paying job someday, high school grads are told they have to further their education?and even so, they aren’t guaranteed to find work. In fact, many Bachelor’s graduates have found that their degrees don’t get them where they want to be, and, disillusioned, look to graduate studies or technical schools for the answer. they’re without direction and are treading water, trying to make sense of it all.

Students are torn between interests and future security, between obligation and the desire to pursue their goals. Many aren’t even sure what their goals are. Most are confused about the role of higher education in their lives and in society in general.

I was one of those floaters. I went to university because, I suppose, it was the next step to adulthood, particularly if I wanted a job in a few years. I didn’t begin my studies for the sole purpose of embracing learning (though I did enjoy the learning I encountered along the way); in fact, I concentrated in an area in which I had little to no interest, because that was the only way, I was told, I’d get a job. My areas of interest?English and writing?simply wouldn’t pay the bills. 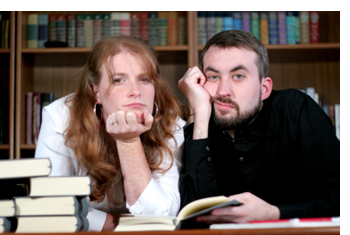 Ironic, seeing that writing and English are paying the bills. But that aside, It’s illustrative of the dilemma of the modern student. Education for education’s sake has become meaningless in an achievement-oriented society, but education for career’s sake is also becoming less and less clear.

So perhaps It’s not just a higher education problem. Maybe It’s an education problem in general. Maybe students need to be set out on the path of learning from day one. Maybe education needs to be rediscovered as a delight, not a chore. Maybe we need a second Renaissance, a rebirth of society’s attitudes toward learning. Maybe the educational system needs a serious overhaul.

Regardless of the reason, and regardless of who’s at fault, we need a solution. Because as long as countless students are choosing to hire the ?Dante’s of the world to write their term papers, education is getting a failing grade. 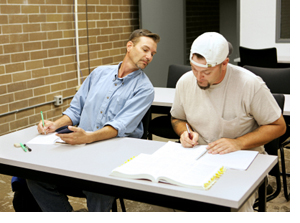