For some people, fears and phobias are limited to avoiding black cats on Friday the 13th. For others, excessive fear of things like spiders or escalators can make daily life a misery. Help might be at hand, though, thanks to virtual reality.

The theory behind this treatment is exposure therapy, a well-known technique that uses gradual exposure to a feared situation as a way to desensitize the patient safely. Someone with an excessive fear of snakes, for instance, might begin by looking at drawings of a snake, then photos, and eventually be able to stand in the same room as a snake without having a fearful or panicked reaction.

Some fears, though, can be a lot trickier to be safely exposed to. Scared of flying? It would be hard to gain exposure slowly?say, by sitting in a plane or taxiing on a runway. And what about astraphobia, a fear of thunder and lightning? It’s impossible to control the weather, so sufferers can’t gain exposure in five or 10 minute sessions.

Enter virtual reality, a tool that most of us still associate with 3D gaming. Users wear a special headset that immerses them in a computer-generated environment, one so realistic that it causes the same physical and emotional responses as a user would have in the real setting. Creating virtual snakes and airplanes is easy, and so is providing controlled exposure to them in a safe environment.

But can a computer simulation truly have the same effect as a real-life experience? Or is virtual-reality therapy just one more way that technology is invading our lives, pushing human interaction aside in favour of computers? After all, according to a 2013 Ipsos poll, Canadian smart phone owners already report that ?they spend an average of nearly 90 per cent of their free time staring at one of the many screens they own.? And excessive screen time has been linked to serious, negative changes in the brain, as this Psychology Today article shows.

Given those trends, should we be relying on more screens to help alleviate mental health conditions? Based on results so far, the answer is a resounding yes.

From fear of flying in business travellers, to post-traumatic stress disorder (PTSD) in soldiers, virtual reality is proving to be an effective treatment. As this New Scientist article reports, research at the University of West Virginia, Charleston shows that ?exposure to a virtual reality environment does help subjects to overcome their fears.? And the Institute for Creative Technologies, at the University of Southern California, is finding success using virtual battle scenes to treat war vets with PTSD.

Yes, virtual-reality therapy is one more screen among many; one more step away from the physical world. But unlike countless hours spent surfing YouTube, virtual-reality therapy involves close interaction between the patient and a therapist. Another major difference is that screen time is limited to a particular session, not carte blanche to stare at your smart phone all day.

It might seem counterintuitive, but using virtual reality to face our real-world fears could be just what the doctor ordered. 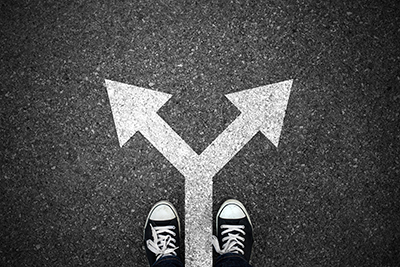