Immigrant families educated about Canadian education system
According to The Globe and Mail, 100s of immigrant families learned about high schools in Canada through the Newcomers Orientation and Welcome to B.C. (NOW B.C) event, which took place on the morning of August 29.

Jerry Wu, Manager of the Settlement Workers Schools program, said over 500 students registered for the orientation. It familiarizes families with how Canadian high schools function. Youth ambassadors and Wu collaborated to have the NOW B.C. event.

Wu said, “For the parents, they feel much more comfortable because they are newcomers and the culture of their schools is very different from ours. Here, the parents are partners of the education with the schools,” said Wu.

Coldwell said, “?there is no way under heaven I’m going to allow gay activists to come in here and basically undermine our ministries and our religious freedoms or confuse or corrupt our children.”

Research Lab and teaching tool through adult music lessons
According to University Affairs, a McGill University PhD candidate in her final year, Lisa Lorenzino, is conducting an intergenerational experiment with music lessons. In an undergraduate class, students “create an arrangement or composition and teach it to the music education programs Lab Band.”

Usually, Lab Band is made of experienced students rather than inexperienced adults. It is now considered intergenerational with the help of the New Horizons Montréal (link) ensemble, an inexperienced bilingual wind and percussion band for adults that seeks to teach beginners

Audrey-Kristel Barbeau, Band General Director, said, “At one point we even had a 17-year-old girl playing and someone who was 74.” It is a 50-member group open to anyone. Lorenzino’s research makes music lessons double as a tool to teach and a research experiment. 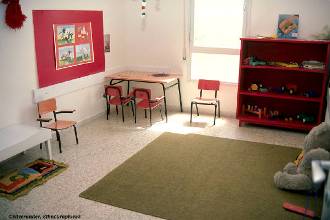