Articles
The Voice
Never Too Late 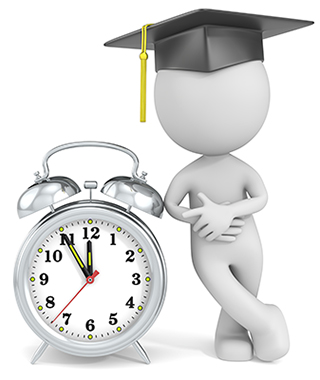 As someone who loves to go into the backcountry, I couldn’t imagine doing it without the relative comforts of somewhere warm and dry to sleep. Or, for that matter, proper footwear. Grandma Gatewood didn’t take these along; she went through several pairs of shoes. But she did it, through flood waters from a hurricane that devastated part of the country, despite trail markers that disappeared, and ignoring a bad knee. She decided that she wanted to walk this trail, now that her children were out of the house, and so, she did. One foot after the other.

I was watching the convocation ceremonies this week. And I saw a woman receive her second degree at 93 years old. It reminded me a bit of Grandma Gatewood. What is the point of education or adventure if not to better yourself? And it is never too late to better yourself. It would have been easy for these women to say, no it is too late, my chance is gone. But your chance is only gone if you give up on it.

Gatewood finished that trail, one step at time—sometimes she miscalculated where she was (she was never lost) and had to backtrack. Sometimes she needed to wait for help from others, but she never stopped. When the flood waters were too high she tied off to a couple of young Navy men who were walking the trail too, and they helped her along?eyes forward, river up around her shoulders, she pushed forward. The Navy men wouldn’t admit until years later during an interview, but they were terrified.

All it takes is one step, one course, one assignment, and momentum forward. Even if sometimes there is backtracking and side trails it all adds to the experience and to the knowledge that you escape the trail or university with.

One course went wildly off track for me, there was miscommunication between tutor and course requirements. I had read them, I had asked, and when it all went to hell I argued my point. It may have cost me some points in my GPA but I got the credit. I got that step forward. Some steps are harder than others but they are all worthwhile.

Maybe you think it is too late to start a new career or to take an adventure, You’re worried about the time it will take or the courage it requires. If it is what you want, if you want that degree or if you want to hike 2000 miles through the wilderness, then take that step. If you start now, you are that much closer to being finished?but if you let yourself worry about it, and convince yourself that it is too late and that you can’t do it, then you’ll never get there. The only thing standing in your way is you.