As a wee lad my Father would sometimes bring me out to his forestry job sites.  Amidst towering conifers that seemed to hold up the sky he’d say “Listen!” and, amidst the stillness of nature, we’d hear only the whispering breeze.  Though science was the essence of Dad’s work and framed my upbringing, those golden moments of awe bespoke a sublime mystery inherent in nature.  During those untimed pauses, the woods were at once silent and full of life.  Like lifelong learning, the meandering nature of our existence is sired by an awareness that simple explanations restrict, rather than enable, our capacities to grow.  Fathers can be literal or symbolic, but their guidance remains a path that we each follow along our own trail of life.

Walking amidst a plethora of fir cones on the forest floor, my Dad once noted how each seemed to have a mouse tail sticking out from where the seed lay nestled into the cone’s protective casing.  The fir tree, Dad said, had been pleased to share its bountiful seed crop with the small mammals of the woods.  But after a time the mice had eaten so many seeds that the parent fir trees were threatened with having no young saplings left to germinate.  After being warned to curtail their consumption, to which the mice paid no heed, the fir was forced to resort to snapping its cones shut thus entombing tiny mice forever.  And that’s how the fir cone came to appear to have mouse tails sticking out; it was a warning to not upset the balance of nature.

Other versions of this story explain the appearance of mouse tails in cones differently.  Each account, though, has in common a deductive mapping of the appearance of a cone within a symbiotic forest relationship; in one account mice escape a fire by accepting the fir’s invitation to hide in its cone, and in the other story a fox is chasing the mice and they seek refuge in the fir’s cone.  The pedagogical outcome is identical; the goal was to further a process of “cultivating the feelings and developing the further implications of the moral importance of educating the emotions” (Schneewind, 322).

Feelings are not one size fits all; they balance wants and needs and desires and deeds with the exigencies of our contextual situation.  In the end, the mice appear to be in the cones because we know they are part of the forest.  To explain nature is thus to render a narrative that accounts for what we see while including our very human capacities for using morals to illustrate meanings.

Interpretation as the Father of Truth

If truth functions as a Father in explaining nature it may well be to remind us that the specifics of life are constantly ephemeral and changing, rather than universal and irrevocable.  For instance, a follower of Immanuel Kant and his moral absolutes (known as categorical imperatives) might conclude from the fir cone story that it was wrong for the mice to eat the seeds at all.  But some eating of seeds is how mice survive; the forest can’t support every last fir cone becoming a monumental tree that lives for centuries any more than mice can belly up to a granola bar snack machine for their seedy sustenance.

Likewise, at AU the balance of work and school and home life seems to entail an ecology or homeostasis all its own.  Perhaps even the great Father that is education, that which brings us up into the ether of learnedness, holds dominion over our conscience as we avidly engage in our coursework.  The phrase “cheaters only cheat themselves” came to mind recently as a local classroom professor explained the difficulties in marking essays by students who tend to utilize too much Google and too little textbook in formulating their answers.  In the end, the key outcome of learning and life is that we learn how to learn such that we can better entail an authentic and evolving version of ourselves.  We accomplish this best not by cutting and pasting answers from websites or by utilizing moral axioms without considering their context.  Too many symbolic seeds eaten and we may find that we’ve failed to plan for a good final essay or an erudite exam.  Successful students, then, would appear to be utilitarians in their ability to balance priorities in pursuance of a maximized excellence.

The utilitarian philosopher, John Stuart Mill, had some interesting things to say about planning for balanced success, both moral and societal.  His story begins in a manner befitting of Father’s Day: he was born the son of a noted philosopher named James Mill.  Until the age of 20, in 1826, “Mill’s thought was completely controlled by his father” in such a way that the most arid of analytic philosophical thought held sway.  After his strenuous and unbalanced early education, Mill had a nervous breakdown and thus “believed that his capacity for emotion had been unduly weakened by strenuous training in analytic thought,” with the result that he could no longer care for anything at all.  In the poetry of Wordsworth, he found something of a cure” (Schneewind, 314).

Without jouissance, ecstatic pleasure and poetry in motion, what good is learning?  Like my own Father pointing out the magic of forest breezes and the mythical account of how seeds and seed-eaters remained in balance, Mill discovered that he personally needed a panoply of worldviews to become a fully formed and contented human learner.  We too, at AU, require a certain degree of balance, even if that means taking a week off from our studies and devoting those scheduled hours to a newfound hobby like turtle-watching or cricket-listening or junebug-spotting.  (It’s June,‘tis the season, and their hiss is positively other-worldly!)  All study and no play is a recipe for unfinished distance education courses, after all.

The Utility of Flexibility

Utilitarian explanations and their dependence on practical outcomes, no matter how balanced, require a certain aversion to parochialism.  The Law of the Father doesn’t just apply to Freudian thought.  Many folks simply resist knowledge because it appears to be thrust upon them, a fact known well to Mill who was convinced that a “particular vice plaguing social thought is not the tendency to make mistakes of fact or faulty inference from facts, but the great ease with which data can be overlooked” (Schneewind, 315).  At some level every inquiry, every answer, tells a story of facts wrapped loosely around a scaffold of other facts.  In epistemology no less than life itself, and certainly within the rigid silo (sallow?) confines of our chosen academic disciplines, the famous phrase from Apocalypse Now rings as true as ever: “everybody gets what everybody wants!”

Mill noted that, no matter the truth of a discovery, utilitarian thought faced the devil in the socially constituted details: cultures have traditions that, while invisible, function to dissuade thinkers from being open to notions that appear external to naturalized forms of common sense.  The Law of the Father is never far from our unconscious assumptions; just think how difficult it is to overcome lifelong beliefs when encountering opposing viewpoints.  Simply possessing a set of beliefs, rather than being in reality as an unfiltered locale, can seem a diversion from truthiness.  J. B. Schneewind summarizes this state of affairs:  “one must-especially in England, Mill held, where any appearance of system is abhorrent-confine oneself to particular issues, only slowly insinuating more general principles or else work only from points on which there is general agreement, so as to avoid any shocking appearance of novelty” (Schneewind, 314).  Sarcasm aside, think of how many assumptions we hold even when we learn in our coursework that there’s more than one truth about an issue.  As for the failed restraint of the mice in the face of such a plethora of edible seeds, my Dad’s account effectively showed how nature finds a reasonable balance.  In nature feasts and famines follow naturally as populations outstrip their resources and/or their ability to ward off diseases.  Nature is nothing if not a process of ascendance and crash; stability and balance function thus function more as useful myths than empirical observations.

Mill was critical of these “alleged laws of nature” up to and including the notion that all things must have a knowable cause  (Mill in Schneewind, 317).  Intuitionism, he said, lent “great intellectual support to false doctrines and bad institutions” and we can think here of the assumption that nature, if left to it’s own tendril devices, naturally flows along peacefully (Mill in Schneewind, 319).

When we seek to import our version of how nature should be, we invariably miss the mark by projecting our beliefs onto what is.  “Mill argued that the maxim ‘Follow Nature’ is of no use as a guide to action.  For ‘Nature’ either means ‘everything that happens, good as well as bad,’ in which case it offers no guidance whatsoever; or it means ‘what happens without any human interference,’ and in that case the maxim is self-contradictory” (Schneewind, 321).

I’m grateful that my Father explained nature from both a scientific and mythical point of view without denigrating either; after all, not every mouse was caught in a cone of punishment like a naughty school child in the corner of classroom wearing a dunce cap.  If the mice were uniformly punished the utilitarian need for some seeds to be eaten and the ecosystem to prevail would be impossible.  Myths, like even the most scientific methodologies, function not to uphold simple authoritarian ethos but to illustrate one of many ways to know the world.

Father Wisdom, like Father Time and the great authority of learning that we appeal to as we better ourselves at AU, represents openness to difference.  As Mill put it “we can never be sure that the opinion we are endeavoring to stifle is a false opinion; and if we were sure, stifling it would be an evil still” (Mill, 320).  In our times where meme-ocracy and mass media appear to produce and uphold a consensus that respects the will of all by providing a pluralism of viewpoints, we might nevertheless consider Mill’s thoughts on democracy itself: “Democratic tyranny would be far worse, he held, than aristocratic or despotic tyranny, since it would be far more effective in utilizing the most efficient of means of social control, the pressure of public opinion” (Schneewind, 321).  Too much deference to the Father of consensus can strangle our creativity.

Necessity might be the Mother of invention. but pragmatic utility is surely the Father of a reasoned approach to academia.  Perhaps the realization that dialectics are the stuff of the universe—and not in a way involving contradictions to be resolved through the elimination of one or another aspect of reality, but in a manner tolerant and procreative of all—we can better navigate the polysemic realm of scholarly success.

So as we celebrate our Fathers this weekend, and the over-arching value of learning as a dispensation of wisdom that to each of us means something new and different, let’s remember to tolerate diversity as the way of human nature and nature as a whole.  The greatest utilitarian benefit of all is surely that which allows each to flourish in her or his own way.

Fly on the Wall—Just Because

The Fly on the Wall – Students of the World, Relax! 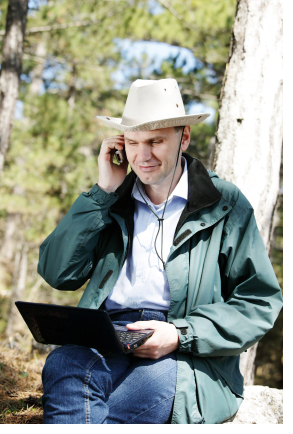