Calendars can be a hobby in themselves.  Different ones present different key dates and these furnish gilded corridors in which our imaginations can play.   As our AU selves traverse private realms of course contract dates, our inner calendar can seem out of step with the outside world.  We can take comfort, though, in knowing that other cultures and peoples have different seasonal rhythms to their lives; like a diaspora, we’re not alone in marching to schedules that differ from our peers.  There’s a moral to this calendar relativism: every day is a day for celebration somewhere in the world!

There is no single series of key dates that all calendars in the world possess; what counts as a holiday depends upon culture and politics.  July in Canada is a case in point; after Canada Day, the rest of the month is lovingly known for its remaining thirty chances for summer fun and shady studying away from the monotony of our bunker closets or other scholastic sanctuaries.  But as it happens, July 12 has a serious holiday associated with it that involves more baggage than we’d usually pack for a July vacation.  Battle of the Boyne Day combines historical binarism of belief with something we at AU know all too well: the baggage of shared psychological experience.  We’ve each had past educational learnings that form our reactions to the concept of school; so it is with cultures and their religious and political histories

Boyne Day was a family affair, literally and figuratively.  It was fought in 1690 between “William of Orange, a Dutch protestant who had recently been jointly crowned monarch of England, Scotland and Ireland during the “Glorious Revolution” and his uncle, the Catholic James II.” (Sabur R., 2018).

At the broader level it was about the struggle for Irish independence from Anglo domination and about the Loyalist Northern Irish desire to remain associated with the Crown.  Much had been up in the air and contested in Europe since Martin Luther had stapled his famed 95 Theses to the front door of the Cathedral of Wittenberg back in 1517, setting off the Protestant Reformation.  And all of this was tied to the printing press that, from the 1400s onward, expanded its techno-realm, thus allowing for flyers and pamphlets, not to mention translated Bibles, to be distributed everywhere.  In a world where the written word was king in a way more literally real than ever before, a battle such as happened at the Boyne seemed to be about whose side God, and his word, was on.

What Would Anne of Green Gables Say?

While I suspect that many of my peers at AU aren’t living a daily struggle between Protestant and Catholic sentiments in their family or village life, the spectres of past political disagreement are not far behind in the rearview mirror of history.  It wasn’t so many years ago, for instance, that I visited Anne of Green Gables’ homeland and was told that UPEI was once two separate and distinct unversities.  One was for Protestants and one was for Catholics and never the twain were to mix.  Apt growing conditions for Romeos and Juliets to sprout, no doubt.

Fast forward to 2020, historical hindsight being what it is.  In largely Protestant Northern Ireland Boyne Day is a huge celebration, confirming as it did the hegemony of forces opposed to the Irish Catholic majority on the Emerald Isle.  Canada wasn’t immune to these cultural convulsions then, and we certainly aren’t beyond the pale of ideological disagreements today.  Long centuries of conflict about religion have arguably morphed into secular political worries within the dominant 21st century consumer theology that, naturally, implicates us at AU.  Our pay-to-learn experience of distance education maps onto Catholic indulgences paid as get-out-of-hell-or-penance-free cards that set off the Reformation in the first place.  Who hasn’t faced skeptical questioning about the validity of our classroom-free studies?  Are we short-cutting our way to academic heaven by not paying our brick and mortar dues vis-a-vis classroom professors and their office hour visitation confessionals?  I’d argue that we’re simply making the most of conditions as we develop a personal relationship with new intellectual realms.

The binary framework of each historical epoch translates into the present in obscure ways; whatever we’re fighting for in our schooling is about something we see to be as a greater good.  That’s a commonality in battles large and small although our worst enemy is often within ourselves.  What’s certain, regardless of our reasons for returning to university, is that if we’re taking courses to assuage some sort of guilt, or to impress someone other than ourselves, then we probably won’t have the acacemic gods of motivation on our side.  At least not for long.  We can’t hide from our true selves, conscience or beliefs and that’s a personal reality worth remembering.  Like the Battle of the Boyne, the battle for academic success is about conflating multiple related versions of our lived reality.

Do We Have the Tools for Learning; It’s Up To Us to Learn Them!

In the end, James lost to William for the standard reason of being poorly equipped.  While his Irish cavalry were stellar, many of his infantry consisted of untrained peasants, in some cases armed merely with scythes and other farm implements.  That’d be like entering a distance education class without knowledge of time management and the ability to not only minimize but actually close one’s distracting computer tabs.

Contrast James with Williams, whose army had the latest flintlock muskets and commanded eight times as much artillery as James.  Where motivation is concerned it’s not necessarily the size of our intellectual guns but the sheer mass of our desire in terms of purpose, stamina, and attack.  Few battles and few classes are won without concerted exertion.  Maybe at the younger levels we’d get an easy A now and then but at AU we have to actually get all our mental boots on the ground.  And that begins with inspiration, the secret weapon of success if ever there was.  Our minds, with their intricacies and armouries of critical thinking, are our best weapons after all.  And maybe, just maybe, we require a sprinkling of faith in our powers.  Perhaps the greatest lesson we can take from Boyne Day is that throughout history people fought not only for earthly reasons but because they believed in what they personally held to be true.  Here at AU that means believing in a future best possible self as a goal worth fighting for.

Our Life is Not Only Our Own; We Live History And Carry It Along

Meanings and motivations can be latent or manifest; in any moment there’s many reasons why we do what we do.  At AU there’s no sense in guilt-tripping or patronizing ourselves into doing coursework; negative motivation is only going to drag us down in the long term.  After all, our schooling is a microcosm for all of our lives; when we succeed it’s because we chose the narratives and beliefs that worked for our productivity.

Sometimes the same battles repeatedly emerge in different form.  Two hundred years after the Battle of the Boyne some Irish republican militia invaded Loyalist New Brunswick.  These were known as the Fenian raids and their origin was overseas on the islande of Eire: “Irish society suffered a blow in 1865 when Britain crushed the Ireland-based independence movement, scattering its leaders.  That situation created bad feelings toward Britain among many American Civil War veterans of Irish heritage, and their membership in the Fenian movement quickly grew to about 10,000 men.

Chief among the Fenians’ goals was Irish independence, but they were divided on the question of how that could be achieved.  Some advocated staging a massive uprising in Ireland, while others favoured cross-border military action against Canada” (https://www.britannica.com/event/Fenian-raids).  The Fenian raids are usually taught as one of the causes for Confederation.

What sounds like a US invasion of Canada was a wager worth far different stakes at the time; people were still living through the struggles of their countries of origin and bringing the battle to what to them was a new world.  To the Fenians, Redcoats symbolized their old oppressors.  This is a reminder that baggage we’re unaware of can seep into our study consciousness.  Think here of the double-edged sword that is our shiny blue screens of word processing power.  Each moment we sit down at the machine is rife with distractions; indeed, the very technology that allows us to cut and paste, rather than type and white-out, also ladles dollops of dalliance onto our scholastic plate.  Personally, I find that I’m most productive when only my course texts and note-taking documents are open on my screen; anything else, like social media with notifications that feign importance, leads me down a road of domestication by the present tense.

Just because something is current and new doesn’t mean it’s more important or true; to think clearly and creatively is to think away from a momentary realm while being aware of historical and personal antecedents.  So wherever we’re at on our course calendar, and on the big map of our life narrative, it helps to remember our motivations and how they got that way.

Sabur, R.  (2018).  ‘What Was the Battle of the Boyne? Everything You Need to Know’.  The Telegraph.  Retrieved from: https://www.telegraph.co.uk/news/0/what-was-the-battle-of-the-boyne/ 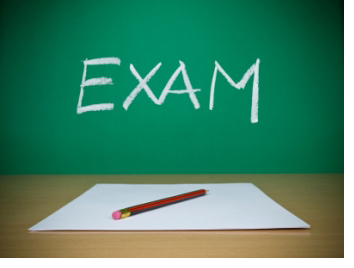