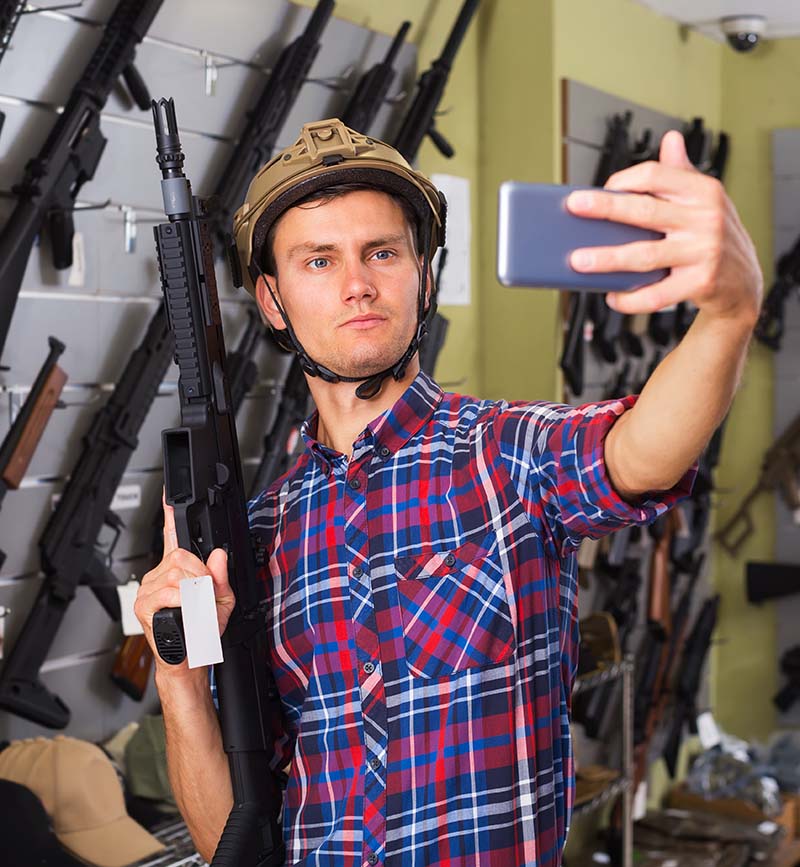 If you have followed the news over the past 10 years you may have realized a rise in the prevalence of individuals becoming “foreign fighters” and leaving peaceful countries for warzones.  While every individual will have their own personal reasons for ‘volunteering’ to fight in wars, it always starts with an ideology—regardless of which side they decide to fight for.  While there are many commonalities between these individuals, one of the most prevalent ones has to do with feeling disenfranchised.

How Does Being Disenfranchised Impact One’s Psyche?

It is important to understand the context of the word disenfranchised.  One definition explains it as feeling powerless or being deprived of a right.  It is also important to keep this in mind once we transition to the idea of lived experiences and begin to discuss the challenges of emotionally charged feelings.  The Government of Canada has published findings that concluded that feelings of disenfranchisement greatly contributed to individuals leaving the comforts of the first-world for warzones, and that European countries had more youth joining ideological wars as a result of systemic disparities.

The challenge with feeling disenfranchised is that it can be rooted in misperception and that feeling is often associated with mental health struggles.  The best way to think about someone that feels disenfranchised is to think of them as being an outcast and in need of a purpose in life.  The root cause of someone feeling disenfranchised can be the result of challenges experienced during their transition into adulthood, troubled home-life circumstances, or unhealthy social-emotional interactions with peers.  These causes also fall under categories for social determinants of health identified by the United Nations.

The Cognitive Appraisal Theory was a theory first proposed by American Psychologist, Richard Lazarus, relating to human behavior and emotion.  The theory explains the idea of emotions as occurring only after the experience of a stimulus, then the thinking that takes place after that, and it ends with a physiological response and emotion.  With the human brain continuing to develop beyond the age of 20 and with the hormonal changes that take place during this period, it provides an explanation in addition to understanding the other struggles an individual might be facing.

Individuals who feel disenfranchised tend to find themselves in a vicious cycle and a whirl of emotions which can push them to the edge.  An emotional interpretation and response to the world around them can lead to unhinged behaviors and reactions.  With emotions being the result of immediate stimuli, stress and chaos can give way to serious mental health challenges that can be overbearing when combined other struggles.

Why Do Youth Leave First-World Comforts for Third-World Warzones?

In many third-world countries youth will often struggle to access basic education, and regional instability can make it impossible for them to seek out a better life.  As a result, these youth can gravitate towards radical ideas, perhaps joining local militias to fill the need for a greater life purpose.  But, in the Western hemisphere, opportunity is in comparative abundance, yet some still end up joining foreign wars that most feel they have no business being in.  When this happens, the question on everyone’s mind is why.

United States Institute of Peace issued a special report that interviewed and examined the personal histories of over 2000 “foreign fighters”.  What they found was that terrorist organizations were not generally seeking out these youths, but rather that they actively sought out various terrorist organizations.  The common thread among these “foreign fighters” was that there was a commitment to an ideology and a sense of heroism that accompanied with entering a warzone.

Living and Surviving the War Experience

In 2018, I had the opportunity to chat with two retired members of Canada’s Armed Forces who were involved in the peacekeeping mission in Sarajevo during the 1990s.  I had a chance to learn about their experience and the greater impacts of surviving the war experience.  According to them, Post Traumatic Stress Disorder (PTSD) becomes more apparent as one ages, and the first signs tend be minor shifts in behavior.  Without healthy coping strategies, the flashbacks of the war experience are enough to immobilize individuals and will deteriorate their mental and physical health.

I was born in Sarajevo right before war began and I was lucky enough to have been brought to Canada at the age of three.  This is significant, because war experiences are detrimental to one’s psyche, and it is the long periods of constant life-or-death uncertainty that results in PTSD more than the traumatic imagery individuals come across.

When we arrived in Canada, my family settled in Ottawa, and we lived in the Heron Gate community.  This was a low-income area, and most of my friends also had war experience backgrounds, with their origins ranging from the Middle East to Africa.  I had a blast growing up in Heron Gate, but I also realized that my childhood friends and I played rougher than most of our school friends.

Personally, I do not fully buy into the idea of white privilege.  I see it more as a majority privilege but the fallout from the conflict in Eastern Europe put “white privilege” on full display.

As an example, African workers and students in Ukraine who were trying to flee the country at the start of the Russian aggression were physically taken off of trains and busses in favor of ethnic Ukrainians.   There is footage of black families being forced back, with a black mother and her baby being seen lesser than a white mother and her baby.  Black people being forcibly removed from trains and busses in favor of white people is reminiscent of Rosa Park’s era.  However, some mainstream reporting denied that black people in Ukraine were being discriminated against despite the video recordings that confirm it.

There has also been an increase in western media reports that have highlighted regular citizens deciding to take up arms in their desire to support the Ukrainian cause, including Canada.  But our elected representatives have taken passive stances on Canadians deciding to go down the path of becoming a foreign fighter in these cases.

Responsible leadership would promote the idea of joining the Canadian Armed Forces instead of the silent approval for foreign fighters for any cause.  Even though this cause might be one that most people in the West are sympathetic to, the average reality can be much more disturbing.

Take a look at the current headlines and coverage of individuals going to volunteer to fight in Ukraine.  Almost all of it is positive.  These individuals are being described as heroes and their pictures are being featured across various social media platforms.  I watched a journalist in Ukraine interview two young adults that travelled from America to take up arms.  The journalist asked a few quick questions as to why they were there and what their plans were now that they had arrived. But not about how their lives were like back in America, or who and/or what were they leaving behind, or if they had any military training? And if not, what did they do to prepare before arriving to Ukraine, what was their end goal?

These are the type of questions we would need to have answered to know more about these individuals and are like the ones asked of individuals who travelled to the Middle East and Africa to take up arms.  The responses those people gave were almost always the same.  These individuals were disillusioned with the realities of war, and I suspect this is the case with many of the foreign fighters in Ukraine.  People do not wake up one day thinking “I want to fight in a war”.  It is a culmination of events.

A Thought to Ponder

All this unfolding really makes me wonder whether the realness factor of modern-day video games contributes to the disillusions of what being a “foreign fighter” is all about.  When you join the military, they train you and prepare you for the gruesome realities of war in ways a game never can.  Even then, well-trained soldiers have returned from war and struggled with the aftermath of the war experience.  These young adults likely have no idea what they are getting themselves into by going down the foreign fighter path.

I feel people in positions of consequence need to dissuade the idea of being a foreign fighter and advertise the Canadian Armed Forces for anyone that believes they have what it takes to take up arms.  They need to criminalize the act of becoming a freedom fighter, because too often those that do don’t know what they’re getting themselves into.