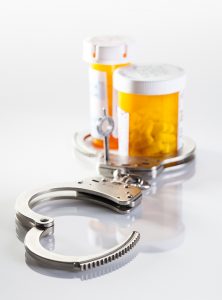 B.C. will become the first province to decriminalize small amounts of illicit drugs.  Beginning January 31st, 2023, drug users over eighteen years of age will be able to legally possess up to 2.5 grams of methamphetamine, cocaine, opioids, and MDMA.  Police will also not be permitted to confiscate drugs from the user if the amount is under the legal threshold.

Unsurprisingly, the decision has attracted significant criticism from all sides of the issue.  Some are advocating that the legal threshold should be increased to a minimum of 4.5 grams, while others maintain that the only true solve to the overdose crisis will be when the federal government provides a safe, regulated drug supply to the user.  Of course, there are also those who fear that decriminalization will encourage drug use and increase crime rates.

What can be agreed upon, however, is that the overdose crisis represents an enormous problem in our society, and that problem is only getting worse.  According to this CBC article, “More than 9,400 people in B.C.  have died of toxic drug overdoses since the province declared a public health emergency in 2016, an average of six people a day.” Regardless of your opinion on addiction, drug use, and the latest government policy—those numbers are simply tragic and terrifying.

The B.C. government’s decision comes from a harm reduction standpoint.  According to Harm Reduction International, “Harm reduction is fundamentally grounded in principles that aim to protect human rights and improve public health.  Treating people who use drugs—along with their families and communities—with compassion and dignity is integral to harm reduction.  The use of drugs does not mean people forfeit their human rights – they remain entitled to the right to life, to the highest attainable standard of health, to social services, to privacy, to freedom from arbitrary detention and to freedom from cruel, inhuman, and degrading treatment, among others.” A harm reduction framework focuses on keeping people alive and protecting their health through policies that are “facilitative rather than coercive, and aim to reinforce positive change in a person’s life, no matter how small or incremental that change may be.”

In 1985, Dr. Vincent Felitti, the man behind the largest, most important public health study you’ve never heard of, developed the ACE (Adverse Childhood Experiences study) questionnaire.  Dr. Felitti began the ACE when he realized that the vast majority of his chronically obese patients had a history of childhood abuse.  The ACE questionnaire asks patients ten questions about their life experiences before the age of eighteen.  Five are personal — physical abuse, verbal abuse, sexual abuse, physical neglect, and emotional neglect.  Five are related to other family members: a parent who’s an alcoholic, a mother who’s a victim of domestic violence, a family member in jail, a family member diagnosed with a mental illness, and experiencing divorce of parents.  Each type of trauma counts as one.  The higher your ACE score, the more likely you are to experience adverse outcomes in adulthood.  For instance, with an ACE score of 4 or higher, the likelihood of chronic pulmonary lung disease increases 390 percent; hepatitis by 240 percent; depression by 460 percent; and attempted suicide by 1,220 percent.

Dr. Felitti eventually realized that treating his patients’ obesity was never going to work, because he was trying to treat the solution to their problem.  Binge-eating was his patients’ coping mechanism—their solution—for dealing with their actual problem: the lasting affects of adverse childhood experiences.

I believe that the overdose crisis is rooted in the same problem.  The CDC reports that 1 in 6 adults have an ACE score of 4 or more—many chronic drug users will fall into this category.  When we live in a society that is overflowing with people attempting to cope with childhood trauma, coupled with the consistent toxic stress caused by other prevailing societal issues such as poverty and discrimination, the actual problem behind the overdose crisis becomes much clearer.  While I don’t believe that the decriminalization legislation is a negative thing, I believe that what the government should be focusing on is investing in communities and families, schools, housing, and mental health resources.  I believe that the government should be investing more in our children—working preventively to reduce the need for drug use in adulthood.

I truly, genuinely, whole-heartedly hope that the decriminalization of illicit drugs in B.C. will save lives; but the real change will only happen once we address the problems that are imbedded in our society.

The Grass Is Always Greener