Columns
The Voice
X-PRESS: What’s new in the world of learning.

October 3, 2002, Halifax – There’s a new course at Mount Saint Vincent University that’s taking a unique approach to addressing the problem of homelessness and the lack of affordable housing in Nova Scotia.

Developing Affordable Housing is a continuing education certificate course, sponsored by the Canadian Mortgage and Housing Corporation (CMHC). The course starts on October 5, 2002 and continues for 12 Saturdays this fall and winter. The course is designed to train individuals or groups who are considering or currently developing affordable housing projects. Students will learn how to manage the planning, design, construction and operation of non-profit community housing.

“Every day there seems to be another story on the news about a tent city. We walk by homeless people on our streets all the time. We need to create good, affordable places for people to live. We need to fix this problem. It’s not going to fix itself,” says Dr. Deborah Norris, MSVU Professor of Family Studies and Gerontology. Dr. Norris worked with the Coalition for Community Action on Homelessness to design the new course. CMHC also acted as a resource in developing the course and providing educational materials.

Students include community activists, housing developers and people from social service agencies. There’s even a homeless man registered to take the program.

The world of law depicted in a television drama such as Law and Order would not be as intriguing if it dealt with binding arbitration and mortgage contracts.
Yet, viewers are drawn into the dramatics of such criminal law shows. That’s what the hype is for.

It’s also where University of New Brunswick law professor Steven Penney and his Law and Popular Culture course come in. Prof. Penney, whose primary area of research and teaching is criminal law, has added the representation of lawyers in film and television to his briefcase.

“You rarely see corporate litigation or contract drafting on the screen,” said Prof. Penney. “That’s the unsexy part of the law. It’s not attractive fodder for Hollywood.”

The study of law and popular culture is still fairly novel but is quickly gaining momentum, he says. UNB is one of the few universities in Canada offering a course in the subject.

The Faculty of Engineering at the University of Alberta proudly announces a collaboration with Sun Microsystems, Inc. (Nasdaq: SUNW) and the Government of Alberta to establish the Centre of Excellence in Integrated NanoTools. The creation of a Centre of Excellence in Integrated NanoTools will position Alberta as a world leader in the development of nanotechnology and provide researchers with a nanotechnology design infrastructure to develop microchips, microsystems, and nanodevices.

“Nanotechnology is a strategic field of research with tremendous interdisciplinary benefits,” said Dr. David Lynch, Dean of Engineering. “The Centre of Excellence in Integrated NanoTools will support and integrate nanoresearchers in a variety of disciplines including information and communication technology, energy, and manufacturing.”

The Social Determinants of Health 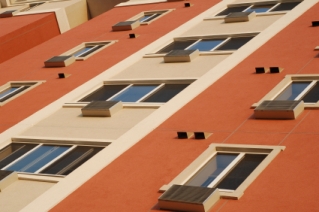