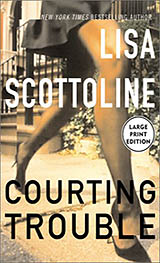 Something struck me as wrong when I opened up this highly-celebrated author’s book. Scottoline is given kudos left and right. Her credentials, too, seem stellar. I’ve never read any her books before, so I was glad to add a new author — especially one with such good reviews. However, I wish all of the news was good.

Our heroine, Anne Murphy, is a relatively broke lawyer who walks around in Manolo Blahnik shoes (Quick summary: ridiculously expensive and tottering at hooker height!), lives in New York and is in fantastic shape. Every woman hates her and every man wants her. She is unable to see her own beauty after multiple surgeries for a cleft palate. This is the author’s single device for creating a realistic character. Somehow the addition of her detailed knowledge of I Love Lucy TV episodes struck me as phony. Why didn’t it work for me? I wish I could give you a solid answer — the nearest I can come is the writing struck me as strictly formula. I also wondered if I had picked up a high-end romance book, but I hadn’t.

Anne is being followed by a past one-time date, Kevin. He is apparently madly in love with her, and also an erotomaniac. For the longest time, Anne can’t find out if Kevin is free from prison. She then has to play dead after a clumsily-introduced look-alike is murdered in her own home. Kevin, of course, thought it was Anne. The look-alike has a conveniently vague past and it is difficult for Anne to find out much about her. No one comes looking for the look-alike and that too added to my distrust of the writer’s craft.

I was annoyed by Scottoline’s constant mention of brand names. I’ve seen this done correctly on film and TV but I found it annoyingly awkward here. Did she look these up to make her character seem knowledgeable?

Anne is new to her women-only law firm. Considered a grandstander by the other women, she is close to none of them… until they think she’s dead. Suddenly Anne has to take these women into her confidence and evade the nosy police to find Kevin and prove him as the murderer of this woman she doesn’t know.

All the action takes place on July 4th, so very few police are on duty and the labs and state institutions are closed. This tactic is supposed to increase the suspense and frustration, but it made me moan a tired, “of course, what else?”

Of course Kevin isn’t the bad guy and I was surprised by the murderer’s identity. I think that, in itself, is difficult to pull off! I have a habit of annoying people when I go to mystery plays by identifying the murderer in the first few moments of the first act!

I acknowledge certain good writing styles. Scottoline knows how to make you turn the page. She knows how to spin a basic plot. But I believe that characters who are mad about I Love Lucy and quote endless episodes wouldn’t be hard-boiled lawyers, broke and mad about Manolo Blahnik shoes. Somehow it seemed a stretch to connect those dots.

You might have a different opinion and that’s fine. If so, grab this tale and enjoy. 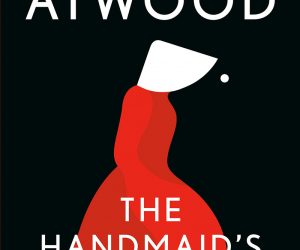 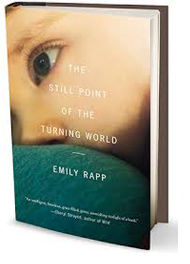 In Review – The Future of Life and Death