Articles
The Voice
Those Snakes, That Plane

Usually, it’s documentaries. The Nile perch, marching penguins, or that weirdly fascinating guy communing with grizzlies “? take your pick. On any given weekend, my hubby and I can be found combing the shelves at Blockbuster, looking for something educational and thought provoking.

When it’s not that, we’re hunched over our communal study area, foreheads furrowed as we dissect prose forms (me) or decipher some convoluted essay on feminist pedagogy (him, and don’t even get me started on what I think of teacher-ese). Normally, this is fun. This is entertainment. On a particularly heady night, we might even watch two documentaries.

But then, one day last week, it happened. I snapped. I just couldn’t face another study question (answer in short paragraphs, please) on Hagar’s motivations in The Stone Angel (Laurence, 1981). I couldn’t deal with another true, but depressing, headline about global warming. I felt a powerful urge to ignore all educational films about the dangers of genetically modified rutabagas and government corruption.

And then, like a light from on high, it came to me. The Solution.

Snakes? On a plane? It was too good to be true. Samuel L. Jackson chewing the scenery and delivering that classic line? It was a sign from the gods of perpetual studying. I grabbed the phone, called my friend Shushan, and the deal was done. We were on our way to see Snakes On A Plane.

Now, in case you’ve been light years away on a space shuttle, or sequestered on a high-profile jury, Snakes On A Plane is exactly what it sounds like “? a movie about a plane, a bunch of venomous snakes, and an assorted collection of plucky survivors and second-stringers who you just know are going to get eliminated before the final credits roll. It’s not high art. It doesn’t pretend to be. In fact, it’s downright campy and that’s the beauty of it. Sometimes, a great big helping of cheese is just what the doctor ordered. So, with gloriously low expectations and the price of a ticket firmly in hand, we plunked down our money and settled in for the show.

First, the set-up was established (for all you astronauts and jurors out there, it goes like this: innocent guy witnesses a mob hit and decides to testify; bad guys attempt to stop him by putting hundreds of poisonous snakes on a plane). Without further delay, the remaining characters were introduced and then the fun began. There were more computer-generated snakes than you could hope for “? vipers, asps, and multi-coloured slithery things from every region of the globe. There was the usual cast of troopers, menaced at every turn but banding together to survive: the Madonna-like young mother with her baby, the two young boys travelling alone, the famous singer and his entourage, and the feisty stewardess.

By the time the first whiff of pheromones had riled the snakes, I’d forgotten about Hagar. When a banded something-or-other slithered out of an oxygen mask, the art of the persuasive essay became a distant memory. As the clichés piled up higher than the giant python and Samuel L. Jackson delivered that delightfully cheese-filled line (you know the one), my unread textbooks faded into collective oblivion. It was wonderful.

Maybe next time it will be an adventure movie or one of those vacuous, predictable chick flicks. Or maybe I’ll grab a historical romance from the drugstore shelves, one of those big fat paperbacks with the windswept castle on the front. Either way, I’m not going to wait so long for that next time.

We all need to be aware of the serious issues around us. We need to have a social conscience, to take our commitments seriously, to ourselves, to our studies, and to our families. And yes, our commitments to the environment and the other six billion souls on this planet are to be taken seriously. But, we also need to recharge. We need to kick back and indulge in those frivolous, light-hearted pursuits that exist for no other reason than just plain fun.

I was reminded of that as the final credits rolled and my friend and I laughed about the pure, unadulterated campiness of the whole thing. I returned to my textbooks refreshed and still chuckling over my favourite scenes. In this age of global warming and orange alerts, of mad cows and West Nile, thank heavens for Snakes On A Plane. 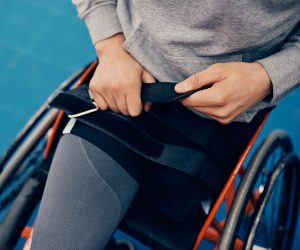