An Ontario judge has ruled against a man who claimed he should be exempt from the province’s motorcycle helmet laws based on religion.

Baljinder Badesha, who is a devout Sikh, was fined $110 in 2005 when he was stopped for failing to wear a helmet. Instead of the mandatory protective headgear, Badesha was wearing a turban, in following with his Sikh religion.

As the CBC reported, Badesha is aware of the dangers of riding a motorcycle without a helmet, but is willing to take those risks.

?I know it is for safety,? he told reporters, ?but people die in car accidents all the time.?

Badesha claimed the helmet law is discriminatory and refused to pay the fine. During his court case, the Ontario Human Rights Commission agreed with him.
An attorney for the Commission argued that ?the Human Rights code ?prevails? over the Highway Traffic Act (HTA).?

However, in a final ruling, Judge James Blacklock dismissed the challenge. He said that by allowing some members of the public to disregard the law while making others follow it would cause ?undue hardship? as the province tried to enforce safety standards.

Other legal decisions have set a precedent for Badesha’s claims, though. In B.C., Manitoba, the U.K., India, and Hong Kong, exceptions have been made, and devout Sikhs are allowed to wear turbans while riding motorcycles.

The FBI is investigating a bomb blast at a recruiting station in New York City’s Times Square. The military recruiting centre was empty at the time of the blast, which happened in the early morning hours of Thursday, March 6.

The explosion brought Times Square to a halt for several hours. The front door of the centre was damaged in the blast and shattered a glass entranceway. No injuries have been reported.

According to the CBC, the blast was strong enough that witnesses at a nearby hotel felt their building shake.

Michael Bloomberg, New York City’s mayor, told reporters that the perpetrator will be found. ?People will not be intimidated,? he said. ?Whoever the coward was that committed this disgraceful act will be found and prosecuted to the full extent of the law.?

Witnesses reported spotting a suspicious man in the area shortly before the explosion. The description they provided was of a hooded man with a backpack.

Since the blast, U.S. army officials have warned other recruiting stations to be aware of any suspicious activity. Army Capt. Charlie Jaquillard is the commander of army recruiting in Manhattan, and he echoed those concerns.

An investigation is underway by an FBI-New York Joint Terrorism Task Force in Virginia, and evidence from the explosion site has been sent to a forensics lab there for study. 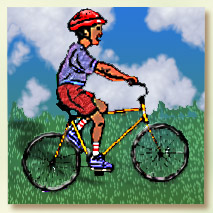