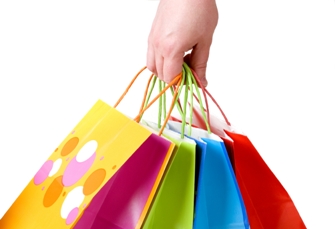 MONTREAL (CUP) — It broke our hearts. The last customer trying on the final outfit. The last ?ooh la la.? The final ?ping? of the cash register. And we closed the door behind her. It was the end of Zoola & Loola. Maybe an odd name, but we had poured our soul into that clothing store for the short time it was open.

In early 2005, my mother and I decided to open up a women’s clothing store in Peterborough, Ont. A small town, it nevertheless had a large clientele we wanted to cater to: the ?authentic woman.? Not the super skinny young girl with the choice of a new store each day, but for women size 12 and above. We renovated and turned an old shoe store in a prime downtown location into a boutique.

We had been banking on carrying Linda Lundström. Although likely unknown among the younger generation, women have been turning to her for years for comfortable clothing that comes in ?regular? sizes.

The store opened to much acclaim. Since women loved our clothes and flocked to the store, we thought we would ride on the successes of Lundström, one of Canada’s top fashion designers.

We were wrong. Although women loved our store and the clothes we carried, they didn’t open their wallets as much as we had hoped. After less than two years, we decided to cut our losses. It was one of the hardest things we have ever done.

We weren’t the only ones having trouble staying afloat.

One month ago, Linda Lundström announced that she intended to file for bankruptcy. She has been in business for 34 years and was hailed as one of Canada’s most successful designers. Just last year she was named one of Canada’s most powerful women, ranking in the Women’s Executive Network top 100.

How can one of Canada’s most successful female entrepreneurs go bankrupt?

Lundström was known for refusing to ship her clothing manufacturing to a cheaper labour destination, such as Asia. Her factory is located in Toronto, where she supervises all production and prides herself on having a company that is environmentally friendly. Many of her designs for the last few seasons were made from ?green? fabrics. It was the newest trend?eco-friendly clothing. But it didn’t work.

In interviews she stated that the cost of running the business, as well as international currencies, hurt her severely. However, in an interview with the CBC, she also said independent retailers that carry her clothing are also having difficulties.

As I sat in our store in Peterborough, I watched as women came in to browse and try clothing on. The women looked fantastic and they told us they knew they looked good, then they looked at the price tag. It wasn’t overly expensive, but maybe they could find something for a better price.

I watched them march right out and drive down to the local Winners store in search of the identical outfit for a quarter of the price. How do I know this? Because I would go to Winners and see our customers trying to hide, embarrassed behind a rack of dresses.

They shouldn’t have been shy. Winners is a fantastic store. But it destroys the small independent retailers in the area. It was always a surprise to see the same clothes that we had, hanging on their racks for not even half the price.

At Winners you won’t find clothing from a Canadian designer who produces their clothing in Canada, who knows how much is produced, and, if there is any excess, where it will end up.

You end up buying international names instead of supporting the Canadian designer that may be a few dollars more expensive. The problem is that it is only normal to want a good bargain.

So we wait for that fantastic-yet-expensive coat to go on sale. We wait . . . and we wait . . . until we consider the price a good enough deal. Everybody does it. Even I do it.

But That’s what kills the store. Because by the time It’s at a price low enough for the customer to buy it, the shop owner is making just enough to barely cover the costs of running the business.

When you buy Canadian you know that the garment you have just purchased has been made in a factory here in your own country, by a Canadian who is paid a regulated wage, in good working conditions.

Unfortunately, going to Winners to buy that $20 shirt means we could be buying in denial. We don’t want to know where It’s coming from. Maybe knowing whose hands stitched that shirt together might disturb us.

We ignore what we know and contribute to the Canadian fashion industry’s failure, allowing great designers to slowly go out of business.

Who knows, maybe if Linda Lundström had her factory out somewhere in Asia she wouldn’t be fighting to save her company.

The Creative Spark—How to Get an Edge in Fashion Design 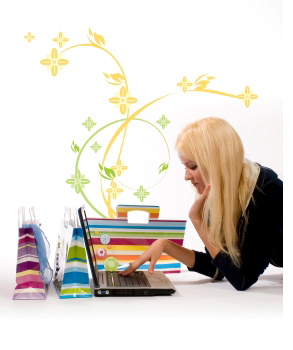 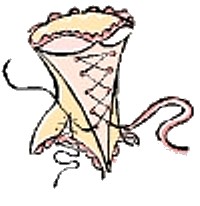 Why Can’t I Get A Bra That Fits? Size standards in women’s fashion: Part 1