Columns
The Voice
The Mindful Bard – On Canadian Poetry, Part I

On Canadian Poetry, Part I

?Were art to redeem man, it could do so only by saving him from the seriousness of life and restoring him to an unexpected boyishness.?

?Popular art is normally decried as vulgar by the cultivated people of its time; then it loses favor with its original audience as a new generation grows up; then it begins to merge into the softer lighting of ?quaint,? and cultivated people become interested in it, and finally it begins to take on the archaic dignity of the primitive.”

In my teens, my Canadian experience could be visually summed up by black and white footage of Leonard Cohen in a peacoat, walking alone down St. Denis Street in Montreal in the bleak midwinter, ?Famous Blue Raincoat? slowly rising and twirling in his brain. It was all there?the cold, the solitude, the greyness?a petri dish for the incubation of creativity and deep thought.

But That’s just me. Which poet speaks to your personal experience as a member of your culture (or subculture)? It’s not exactly a rhetorical question, because the poet whose work most clearly reflects your cultural identity is likely the poet to usher in your culture’s future.

The literary establishment, with the media’s aid, tends to create false dichotomies that can hold up the world of letters long after the rest of our society has left it in the dust. The most salient dichotomy is the stubborn insistence on forcing poets to be mouthpieces for their perceived ethnic groups.

In Canada, as in most western nations, poets are categorized according to ethnic origins, a singular mission considering that most Canadians are of mixed ethnicity. So we are said to have English, French, First Nations, and recent immigrant poets, each permitted to speak only on behalf of the culture from which they apparently emerged. This is a profound error stemming from the assault of colonialism on one more area in which it has no business.

In colonization, one ethnic group defines all residents of the occupied territory as ?this? or ?not this,? granting privilege, honour, and freedom mostly to the ?this.? Today, remnants of Canada’s colonial roots can be can be seen both in the proliferation of Anglo-Saxon names among the literary elite and in peculiarly European mores, for example a form of tyranny called ?artspeak,? so specialized that it leaves those outside the inner circle marginalized, scratching their heads. 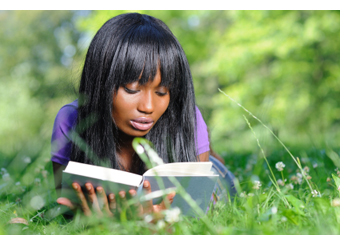 In literature, ethnicity simply does not matter, and by this I mean to say that the writer need not necessarily write about personal experience in order to cast light on the human condition or create work that resonates with a reader. A black woman from Halifax can just as easily write about the trials of her Russian immigrant neighbour as she can about her own, and this because writers are, more than in any other vocation, gifted with a degree of empathy that allows them see the world though other eyes.

(This article was inspired by a question from Hasmik Khechikyan of Armenia.)