Articles
The Voice
A Better Kind of Reality TV 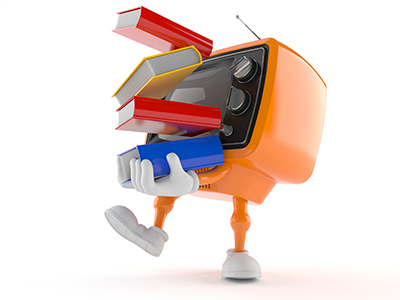 CBC’s Canada Reads is an annual competition where panellists defend books that fit into a specific theme. This year the theme was growing and changing. The books that made the short list this year were Birdie, by Tracey Lindberg and defended by Bruce Poon Tip; Bone and Bread, by Saleema Nawaz and defended by Farah Mohamed; Minister Without Portfolio, by Michael Winter and defended by Adam Copland; The Hero’s Walk by Anita Rau Badami and defended by Vinay Virmani; and The Illegal, by Lawrence Hill, and defended by Clara Hughes.

The debates were intense, emotions were high, and you could see the passion which each of these defenders had for their specific book, even the books which they were debating against. The panellists were professional and respectful of the other books when raising issues within them or defending against them. But there were comments which raised eyebrows and somethat, out of context, could be offensive. The panellists did not back down from an argument and were not shy in asking for an apology about comments made without enough thought.

I find myself watching less engrossing reality TV, such as The Voice (TV show, not the magazine), or America’s got Talent. I watch these not because I can sing (because trust me I can’t) and not because I have some strange talent (unless I have yet to discover it myself), but because I am watching someone who is striving for a creative dream and succeeding. I am able to watch a singer/song-writer blow audiences away with their voice when they only used to sing to themselves in the mirror. I watch these shows because I can see someone following their dream and be amazed at how they are being received. I watch these because I have a dream of writing succeeding creatively; CBC’s Canada Reads allowed me to watch exactly what I have been trying to squeeze from other shows. I was able to watch a book debate, to hear what these people thought, I could see an audience invested in the outcome of the debate, hear gasps as the votes tallied and someone was eliminated.

Throughout the program one panellist, Adam Copeland, commented that it was a wonderful thing that in Canada there is a national debate about books. That in Canada a previously spandex wearing, baby oiled WWE wrestler is able to debate books on this level. Each panellist was passionate about their book, and that there is so much hype about this debate and the outcome is pretty incredible. Since watching this show I have purchased two of the five books on the shortlist and one from last year’s debate. I purchased these based on their defender, on how passionate they were about it, and how they spoke about it. I could see that this book had an impact on the panellist and seeing how it moved them, moved me. I wanted to see what it was all about.

One of the books, The Hero’s Walk by Anita Rau Badami, will be heading for the big screen. Vinay Virmani, the book’s defender, is a screen writer and has the rights to turn this book into a movie. He was so moved by the book and found it so important that he decided he had to make a movie out of it. So, this debate, this reality TV, has the ability to launch books onto the bestseller list, to inspire further development into movies, but, perhaps most importantly, it has the ability to inspire people to read.

This debate is infectious. The passion that everyone has for these books is contagious. This debate gave me everything I tried to get through other shows; it gave me exactly what I wanted and I was completely invested in the outcome. I found myself in a bookstore with two of the five books and wound up in a discussion with the lady at the checkout about not only this debate, but past debates. This debate is encouraging discussion where otherwise there might not be any. I was so caught up in the debate that as she spoke about one of these books being eliminated I jumped in and said “don’t tell me, I haven’t watched yet!” only to realize she was talking about a book from a day previous, and I had seen it be eliminated. I may have been slightly embarrassed.
If you have not watched the debates I encourage you to check them out on cbc.ca. While I don’t know how you could get to the recap without seeing the spoiler, (Editor’s note: Got you covered. Go to this link to get the downloadable podcasts, with no spoiler on the page) even knowing who won and who lost, the debate itself is incredible to watch. The Q&A period after the debate is also very interesting, to hear the audience members discuss the books, or reinterpret the arguments is, to me, as much a part of the debate than the actual debate process.