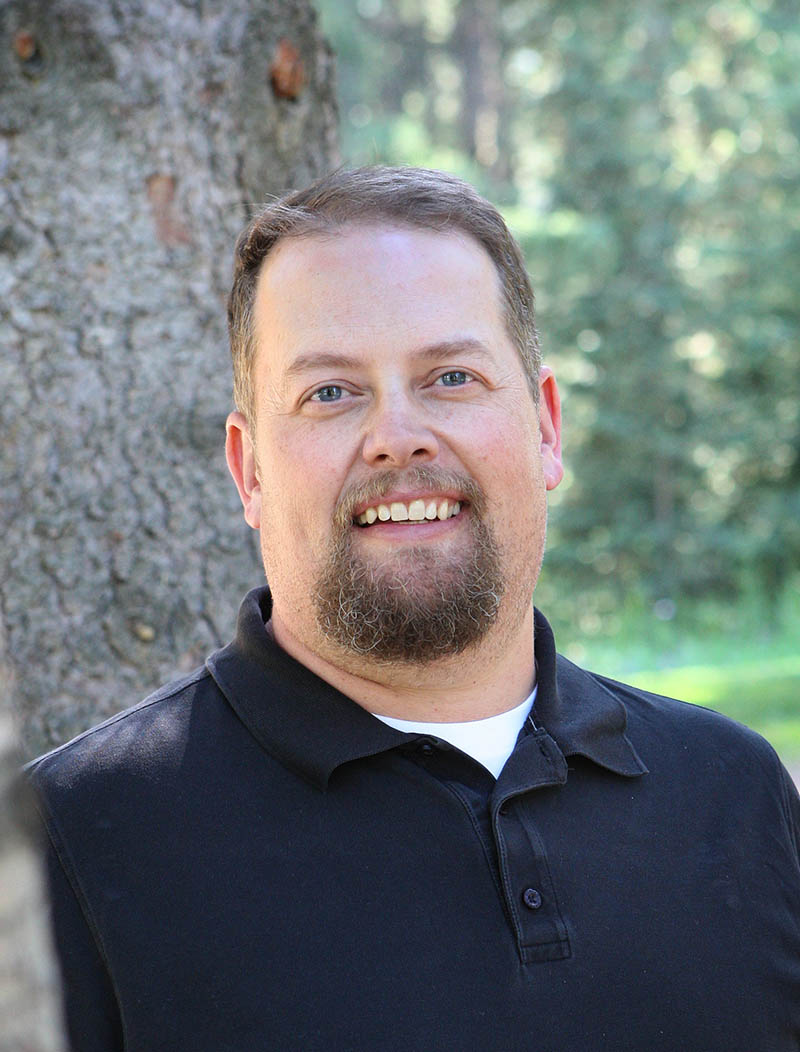 Dr. Bob Barnetson is a Professor of Labour Reations at the one and only Athabasca University.  Professor Barnetson has experience working for the Alberta Workers’ Compensation Board, Alberta Labour Relations Board, and the Alberta government.

You teach Labour Relations at AU.  What does that entail?

Labour relations examines employment relationships from both a technical and a political perspective.  What this approach recognizes is that labour relations is a technical undertaking because employers apply specific skills and techniques to manage a workforce.  But getting workers to do things they often don’t want to do is also a political act, because it is an exercise of power.  And exercising power in this way can often result in resistance.

My research focuses on the political economy of workplace injury.  For example, about 1 in 5 Alberta workers is injured (to some degree) on the job each year.  Having 400,000 workplace injuries a year means that Alberta’s injury-prevention system is a failure by any standard.  I examine why and how the state continues to allow employers to arrange work in ways that trade workers’ health for profit.

Why do students tend to choose to specialize in Labour Relations?

Most of us are (or will be) workers.  Some labour-relations students are interested in working as human resource professionals or other kinds of managers.  Others have an interest in working in government or for unions to regulate the behaviour of employers.

In the Bachelor of Human Resources and Labour Relations, we suggest to both kinds of students that the need to be technically competent but also politically savvy.  For example, new HR professionals are often surprised when workers resist seemingly common-sense HR activity, such as centralizing customer contacts in a call centre.

Graduate of our programs are able to think about how such a change will affect the day-to-day experience of workers.  Call centres are, fundamentally, about increasing productivity—getting workers to perform more work for the same (or less) pay.  This happens through specialization, deskilling work, and setting aggressive performance targets backed up by surveillance.

Even a moment’s reflection illustrates why that sucks for workers.  But relatively few employers think about their decisions from the perspective of workers.  And then they are surprised when workers resist—whether through presenteeism, absenteeism, quitting, sabotage, or unionizing.

What is the most interesting part of your job?

Right now, it is working to prepare the faculty association for the possibility of a work stoppage if this year’s round of collective bargaining goes poorly.

There might be a work stoppage at Athabasca University?

Probably not.  The government recently changed the rules around collective bargaining in the post-secondary system.  In the past, if Athabasca University and the faculty association could not come to agreement about wages, the matter was referred to an arbitrator to decide.

In response to a 2015 Supreme Court decision, the government altered the rules in 2017.  Now, if the university and the faculty association can’t agree on a new contract, the workers can strike, the employer can lock out, or both.  This is how labour relations are handled in virtually every other sector of the economy but it is a big transition for Alberta’s universities, colleges and technical institutes.

What are the chances of a strike or lockout?

Relatively low.  In Alberta, only about 1% of negotiations result in a work stoppage.  The risk is likely a bit higher at Athabasca.  This reflects a few things.  First, historically the employer has been very aggressive at the bargaining table, demanding wage and benefit rollbacks.  In the past, the university has been unsuccessful in achieving these because a neutral third party—the arbitrator—has generally found the employer’s demands unreasonable.

With the 2017 changes, the university can now try to force rollbacks onto the faculty by locking us out for a short period of time.  A lock out—where the employer stops paying staff and refuses them access to the workplace—terminates the collective agreement.  The employer can the invite faculty members back to work under the employer’s terms—say, working for less money.  The workers’ only real option at that point is to strike—refuse to go to work—until the employer agrees to a reasonable collective agreement.

Whether Athabasca University plans to lockout it workers is hard to say.  So far, collective bargaining has not yet commenced so we don’t know what (if any) rollbacks the university will propose.  In fact, the faculty association was forced to file an unfair labour practice complaint against the employer in April because the employer wouldn’t come to the table in a timely to negotiate and was generally ignoring its contractual obligations.

If there were a work stoppage, how would it affect students?

During a work stoppage, the members of the faculty association would likely not be doing their jobs.  So academic staff—professors and academic coordinators—would not be marking papers, answering questions or doing course administration.

Students would likely see delays in academic work as well as in the processing of course registrations and grades.  Whether and how the university might be prepared to cope with such a disruption is unknown.  Based on how reliant the university is on faculty association members to carry out the day-to-day work, I’d say the university would struggle.Athabasca’s professional staff—course production staff, many student services and library staff, and the IT department—would also be off the job.  This would profoundly interfere with the ability of the university to operate anywhere close to normally.

Hopefully, the potential impact on students will make the university reluctant to lockout its staff in pursuit of rollbacks.  But we’ll have to see.

Does the faculty association want to strike?

No.  I’ve spoken with about half our 400 members in the past few months and no one has any interest in striking.  It is disruptive to students and to their own lives.  But what most staff recognize is that, if the employer tries to drive rollbacks though a lockout, they may have to strike just to maintain their pay and working conditions.

Most also recognize that the university has historically stalled collective bargaining to try and grind down the union.  Last round, for example, the university was only able to schedule 5 meetings over 9 months, which is clearly ridiculous behaviour on their part.

If the university won’t come to the table or won’t bargain in good faith, the faculty might also be forced to strike to get a settlement.  A lot of what happens in the next year turns on how the employer behaves.

I do a lot of paperwork.  Some of it is necessary.  But a lot sure isn’t and it takes me away from teaching and research.  For example, the university is accredited by the US Middle States Commission on Higher Education.  We got this accreditation about a decade ago with the idea that it would result in increased enrollments, particularly from the US.

That didn’t happen and there isn’t really a compelling reason to maintain this accreditation.  Nevertheless, Athabasca continues to do so.  This, in turn, requires us to “map” our curriculum.  Curriculum mapping means that each academic has to go through their courses and assignments and determine how they contribute to their program’s goals.

This is a significant amount of work and results in a spreadsheet that is too large to either print or easily view.  Program directors—like me—must then go through the spreadsheet and see how the core and elective courses all align (or not) with their program objectives.  For me, that is 108 courses.

But isn’t curriculum mapping a good way to ensure quality?

Basically, it means that academics are running their courses and programs competently without ever having gone through the laborious process of mapping the curriculum in this level of detail.  I’m hearing similar things from other program directors.

And, if you think about it, that is pretty much what you’d expect when your workforce comprises a bunch of smart, over-achievers who are good at navigating complex systems.

It’s interesting to think about curriculum mapping from a labour relations perspective.  Basically, the employer is telling its workers that it doesn’t trust us to do our jobs competently.  And there is little recognition of the time required to do this or the significant opportunity cost of this apparently unnecessary process.

So what is real effect of this process?

An important result is a significant decline in morale and other citizenship behaviours, such as attending meetings and volunteering for tasks.  There is also growing cynicism.  Last week, several of my colleagues opined that curriculum mapping was a pointless project that will just generate a report that everyone will ignore once it is written.  So they were complying in a perfunctory manner and waiting for it to go away.

This kind of response isn’t surprising.  Being assigned meaningless and thankless bureaucratic work almost always pisses off workers.  Managers who can see their behaviour as both technical and political acts are better able to predict this kind of response and avoid increasing employee disengagement.  Those who can’t see their behaviour in these ways find that managing in absence of worker consent is a tough go.

How can students or others get to know you better?

Probably the easiest way is to follow my blog (www.bobbarnetson.ca).  It is streamed into the Moodle pages of my courses and I update it twice weekly.  On Tuesday’s, there is some sort of substantial post about labour and employment issues.  On Friday’s, I do a post about labour and pop culture—usually analyzing songs about work or workers but also occasionally books, movies, or TV shows.  I’m also reasonably active on Twitter (@bobbarnetson)