“This is a pig, oink oink.”  A captivating childhood toy of mine involved pulling what looked like a teensy weedwhacker cord and being transported to a fleeting but mysterious sonic environment replete with either pig sounds, cow sounds, horse sounds or chicken sounds.  The repetition of these noises was made possible by physical discs inscribed with braille-like patterns akin to those on an old-fashioned music box: state of the art for the 80s, and its dismemberment was quite instructional! Despite its pre-digital origins, the meaning of this barnyard chorus was, to my pint-sized mind, downright metaphysical at first.  I didn’t yet understand that the cycle of sound was programmed and predictable.  As a toddler it was a mystery to me; I was like Forest Gump with his box of chocolates.  Unlike Tom Hanks’ illiterate character, who in our day could simply read the insert key to understand the contents in his box of bon bons, part of normal development and education involves dissolving mysteries into comprehension.  Mire becomes explicable.  Horoscopes, however, sometimes retain a certain enchanting aura.  Observing the Lunar New Year on February 5th, and its specific iteration as Chinese New Year, provides a great chance to take stock of the meaning we impart to our life and its mysteries.

How we interpret life, and why, is a big part of what we find.  2019 is the Year of the Pig and this means different thing depending upon your source.  My rural route mailbox received a London Drugs flyer claiming that The Pig “represents wealth and generosity” (London Drugs).  Fair enough; but upon further enquiry it becomes clear that, far from being a mere symbol meant to populate parade floats, The Pig carries serious cultural connotations especially if this is your year.  If your age is divisible by 12 in 2019 then this means you.  Compare this with Dec 31st in Canada where we all mutually celebrate the departure of the old year and the entry of a new one, each of us equal before the passing of time and back at the starting gate of a fresh beginning, as it were.

In sharp contrast to a sense of the years passing as wizened arrows through the universe, Chinese cosmology sees years as passing in a great arcing circle through 12 astrological signs.  Each person is born once and has a birthday but also is born into a certain animal sign; Chinese culture takes our birth year and subsequent predictions and prescriptions very seriously.  (This contrasts with a certain tongue in cheek perspective towards Horoscopes here in Canada, often characterized by the knowing glace followed by the tonque-in-cheek query: what’s your sign?)

We may not all be The Pig but we are likely to all absorb each year’s prescriptions because that’s the key theme for the year.  According to Newsweek magazine’s Chinese sources, The Pig at first glance appears a likely candidate for anyone wishing to justify their sloth and indolence:

“Legend has it that long ago, the Jade Emperor decided the order of the zodiac animals based on the order in which they arrived at his party.  The Pig came dead last, because he overslept” (Birkenbuel, online).

Shortly after this mild chuckle, denizens of the pig domain are informed in no uncertain terms of the need to be vigilant against unfortunate events in 2019:

“According to Chinese Highlights, Tai Sui insists a person landing in his/her zodiac year attracts bad luck.  The purpose, per Chinese astrology, is for followers to pay special attention to their conduct every 12th year of their lives, during a birth year that matches their animal…“it’s not going to be so great for people born in previous Pig years” (Tai Sui in Birkenbuel, online).

These are dire predictions and yet their function is clear: like a day planner containing aphorisms of enlightenment, the goal of the Chinese New Year serves to instill a deeper sense of mindfulness in our lives—with particular focus once every twelve years when our animal comes up.  Really, though, we all get an indoctrination in what it’d be like to be The Pig because that’s the focus of the year; no rifling through the listings to find one’s sign required for the dispensation of wisdom for all.

Key to this cycle is the chance to revisit one’s personal growth as we pass through our lives.  As adult students we may receive email reminders of once-a-decade high school reunions; this is familiar as a rite of passage that leads us to take stock (whether attending or not) of our current life conditions.  Likewise, every time we return to Athabasca for another course we, in a sense, go back to our origins as learners.  We may experience trepidation as we prepare for what, at the most formal level at least, is the same thing over and over again.  But each new course is a new journey, a new experience in itself, even as it contains many of the same elements.  Recognizing this fact aids and abets our success.  After all, who wants to reinvent the wheel if the purpose is to see some new scenery!

Really, though, treating every year like a special year is a great way to stay focused through the cycles of our studies.  Just as pigs are more personable and intelligent than we might assume, Chinese astrology contains more than meets the eye.  And even a cursory glance through history shows nothing if not the fact that Chinese civilization has been relatively stable and unified for thousands of years when compared, say, to Europe.  Calendars existed everywhere and yet there are divergent ways of interpreting how and why the years transcend the seasons; if one aspect of human existence is drawn into question by comparing western New’ Year’s with the Chinese lunar cycles it’s the nature of time.

Does time flow in a line or a loop?

At a deep, literally cosmic, level, the repetitive return of life events, choices and possibilities is a timeless source of intrigue to our species.   As students since our early years, and now at AU, we have probably developed a routine for learning that we return to regardless of course and context.  The act of learning transcends the classroom if we truly take our knowledge with us into the outer world.  Likewise, our methods of acquisition apply to each new thing we learn.  As AU students we also have particular needs that transcend each particular course; these include the need for a safe study space free from pesky distractions, probably a tried and true way of organizing our materials, and a set pattern for outlining our essay assignments.  And, when the time comes, we’ve learned how and where to schedule our exam invigilation.  It’s a tidy formula that’ll work whether we take four or forty AU courses.  And it’s a formula based on mindful cycles rather than thrusting headlong into the unknown repeatedly.  In this sense the certain returns embedded in the Chinese calendar are not so different from the cycles of academia.

Similarly, the learning outcomes for each course follow a certain narrative arc of their own.  It’s perhaps even akin to a sort of Biblical arc of the covenant, where a happy ending is promised if we cleave close to the assigned course readings and not stray too far into realms of personal soapbox opinion or excessive esoteric web-surfing.  The point is to learn what we’re being taught and, as my excellent Grade 7 teacher repeated over and over like a broken record or a damaged children’s toy, “learning is about learning how to learn.”  Chinese astrology can be seen as a sustained effort to impart positive attributes to adherents so that they learn to live well.  For instance, people born in the year of the Pig are said to be “good planners and organizers, work relentlessly to achieve their goals, and complete projects on time” (Astrology.com, online).  Great skills for a distance student, to be sure!

Learning about The Pig’s perseverance is a reminder that learning itself means being able to be there and pay attention to information as it’s literally presented.  Attention span and mindfulness are underrated skills that take honing and practice to maintain.  Belief that one is imbued with faculties such as relentless hard work can only help the process.  In this way, it wouldn’t hurt to find our inner pig.  With this in view, the Chinese zodiac asks us to receive a remedial dose of awareness and consider where we’re at in our personal life cycle.  As AU students this is a great idea because we are often isolated in our learning; as the aphorism goes, you can’t tell if you’re moving when you’re below deck on a ship.

The process of taking a horoscope seriously may require a certain suspension of disbelief.   After all, normally when we think of a lowly pig we do so in lowly terms.  And the cyclic nature of astrology may seem antiquated to our post-secondary minds.  Western-European culture conveys norms “with their emphasis on the finiteness and irreversibility of cosmic history…strongly opposed to the doctrine of eternal return” (Capek, 61).  So if something happens with an eery familiarity to something else we call it deja vu or a mere coincidence.  This time as a line approach stems from religions including Judaism, Christianity and Islam, where in each instance the “history of the world is bounded by two unique and unrepeatable events: its beginning (the Creation) and end (the Last Judgement)” (Capek 61).  For those of us preferring a scientific approach, it bears remembering that science germinated into this cultural context and embodied these core cultural assumptions whereby time went somewhere new and unknown rather than looped around to the same starting place with assured vigour.

This is the great value of AU: we are charting our own path through the stars of our dream, even as we learn to learn by applying principles characterized by their repeatable utility in many contexts.  Next week we’ll root deeper into the meaning of the year of the Pig and its consequence for contrasting worldviews of repetition and difference. 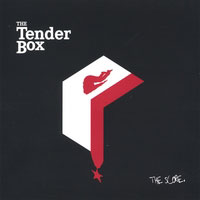 Music To Eat Lunch To – The Tender Box: The Score