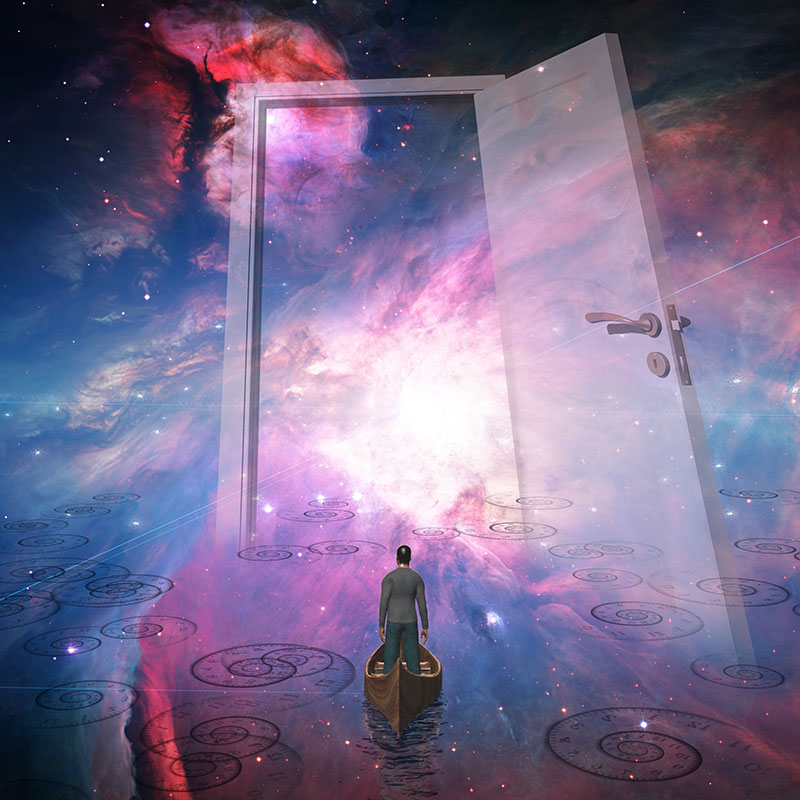 I stepped into enlightenment; only for a few days—or perhaps just an evening.  But those few days changed me forever.  And now I long to return to that state of enlightenment, but this time, stay there for good.  But staying there doesn’t mean I sit still; it means I flourish at hyper-speed.  It took work to enter that higher state, but the work brought me a peace—and an awareness—I’d never felt before; I started to see things from others’ eyes.  I used to complain that I took on the burden of blame during conflicts.  I now took on the burden, but in a completely new way.

I now saw unbearable offences against me in a new light.  For instance, I no longer saw my woes with my mother.  Instead, I saw her woes with me.  In fact, I saw everyone’s woes with me.  But this time, I saw those woes as ways to better myself, to give more, and to love more.

And then I recalled another near-death experiencer’s account.  The NDE woman asked her angel, “What’s the purpose of life?”  The NDE woman said the answer was so simple, yet she wasn’t allowed to take that answer back to earth.  And she admitted she lost all memory of the answer once she awoke from death.

But I think this simple purpose of life is to turn the other cheek, to never judge others, and to walk the extra mile.  In other words, give all you’ve got to the ones you love.  And worry only about correcting your own faults.  Don’t give a second thought to the faults of others.  Other people are on a separate journey from you.  Their faults are their business only.  If those people harm you, see them as ill children who throw up on you.  You wouldn’t puke back, would you?  No!  You’d have empathy instead.  Better yet, you’d dwell on the child’s redeeming qualities.

That’s how we don’t judge another.

And if others judge you, admit the slightest wrong you may have done and grow from it.  Correcting your faults (but in a nonjudgmental way) is part of your journey.  And, again, correcting others’ faults is no-one’s business but theirs.

With all this in mind, I suddenly could see all the heartache I caused others.  I saw harmful acts I did that I hadn’t before considered—even little things I had dismissed as harmless.  And I no longer harbored anger for hurts I perceived others doing to me.  I now felt free.  I saw through new eyes.

Further to that, I heard that many of our memories are false.  That means many of us suffer unnecessarily.  But I say most of our hurts are simply errors in our thinking.

In my moments of enlightenment, I challenged all my thoughts.  As a result, I gave up the error of mindreading.   Also, I grew less sensitive.  So now, if I catch wind of a negative perception of me, I think to myself, “If there is a grain of truth in that, one way to fix it is by taking such-and-such action.  But if I can’t fix it, then no need to harbor anger over a truth.”

But what about all the other mental errors humans can make?  The existence of those mental errors tells me we all have lots of growth opportunities.  Truly, our growth potential is unlimited.

So now I’m reading a book on an author’s journey into enlightenment: Martyn Wilson.  I hope to see how his enlightenment compares to my moments of heightened awareness.

In his book, Enlightenment: The Keys to Consciousness, the self-proclaimed “enlightened” author says, “Everything was peaceful and still and I began to look at the world through fresh eyes in a non-judgmental, non-prejudiced way.  I was more accepting of other people’s beliefs, more compassionate and more understanding.  I felt free for the first time in my life” (p.  5 of 201, 7%).  I agree with his view: not judging others brings us freedom.

Wilson also says, “After many weeks and months of being in this [enlightened] space, I began to notice some changes within me.  I struggled with bright colors and lights.  I found loud noises, music and TV unbearable.  I became really sensitive and emotional to the point where I could be watching a YouTube video and just suddenly burst into tears” (p.  5 of 201, 7%).  During my own peak state of awareness, I thought of Mom’s heartaches, and I started to cry.  I thought of many others’ heartaches, and I started to cry.  All the missed opportunities for love brought tears to my eyes.  It was such a raw, beautiful, self-aware feeling.  And I’m glad I felt it now rather than the day they pass away.  At least, now I can tell them now how much I love them every time I write.  He adds, “With this energy came a sense of oneness with everyone and everything, a feeling of being a part of everyone and everything.  I now know that everything is energy, every person, every animal, every tree, every plant, every object is all made of the same thing: energy” (p. 6 of 201, 9%).

In a Facebook video, I saw a young spiritual artist, Akiane, paint a picture of a flower.  But before she painted the picture, she gently touched the flower in the tree.  I could see how her gentle touch washed over the flower, and the flower seemed to bask in her affection.  In that moment, for the first time, I could see emotion wash over a flower.  I could feel its soul.  I then realized I needed to treat everything, living or not, with the same gentle love Akiane gave that flower.

From the view of Martyn Wilson, “Enlightenment is the … true acceptance of who you really are deep down in the very core of your being” (p.  6 of 201, 9%).  From my point of view, we know ourselves best when unconditional love flows through us.  And how could we not love ourselves when nothing but love flows through us?  That’s the secret to self-love.

As for you, dear reader, may you discover your own brand of enlightenment along the way.  The book that shed light on the path to enlightenment for me is called Lessons for a Happy Marriage.  I hope you one day read it—and become that angel.