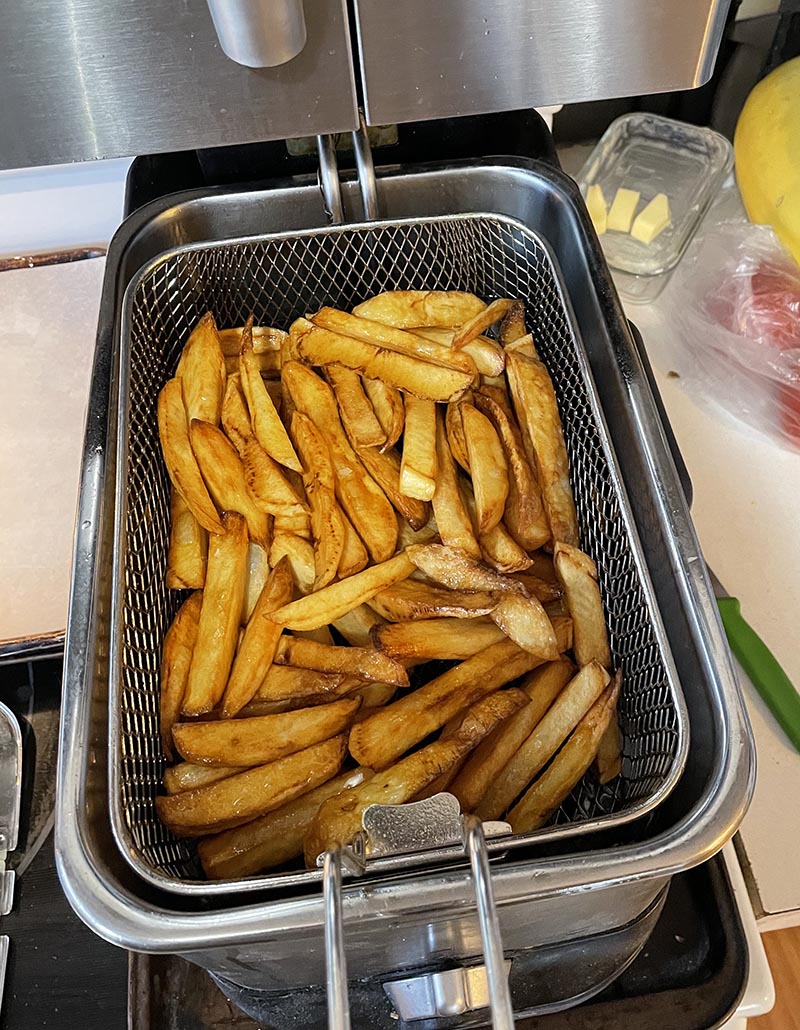 I want to look at the history of French fries first.  Some of us might recall a time when a US Politian, Bob Ney (R-Ohio), tried to rename them because they were upset with France’s refusal to support the US invasion of Iraq.  The problem with his logic is that French fries are possibly not French.  If you are shocked, you might not be alone.  It is theorized that French fries came from Belgium, where they speak French.  As the story goes, American soldiers were stationed in Belgium during WWI and brought back the idea of the slender fried sticks of potato.  Of course, an alternative possibility is that fries did originate in France, and both countries, to this day, contest the origins.  This wouldn’t be the first time a food was invented in multiple countries, but that’s another article.  Regardless, I know I’m thankful that they were invested! 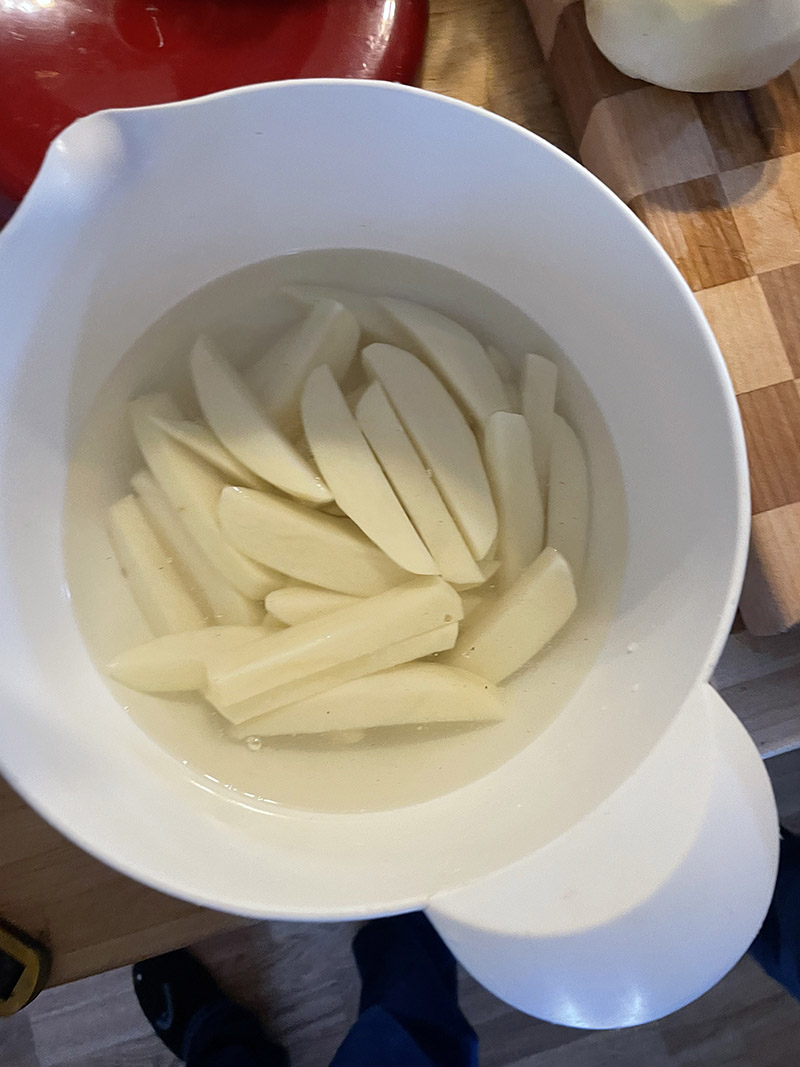 I always find it interesting how many recipes there are for the use of fries.  Here in Canada, we are most famous for one of the most significant culinary additions to the world, poutine!  Fries smothered in cheese curds and gravy must be up there for impressive culinary ideas.  If it was invented today, I think we would all wonder why it wasn’t done years ago.  We get to add it to the growing list of foods that Canada has brought to the world stage, including ginger beef, Donair, and Hawaiian pizza.

So, how does one make French fries?  First, you will need a few pieces of hardware.  If you do not own a deep frier, then use a large pot—something with the space to allow the fries to move around.  You will also need a metal strainer, a pair of tongs, and a coffee filter.  Add in a sharp knife and a lot of working space, and you should be able to make fries.  For your oil, you can use a combination of products or just one.  I use canola oil, but peanut oil or lard also work.  You need an oil with a high smoke point, which means it doesn’t break down easily with heat.  Coconut, grapeseed, olive, or avocado oils are not appropriate because they will burn as you heat them, and you’ll taste it.  Get some canola oil; you’ll thank me later.

Next, you’ll need to buy russet potatoes.  You could use other potatoes, but russets are the best for this application; besides, the russet is really the most versatile potato.  If you want more information, check out any of the previous potato recipes I’ve written. 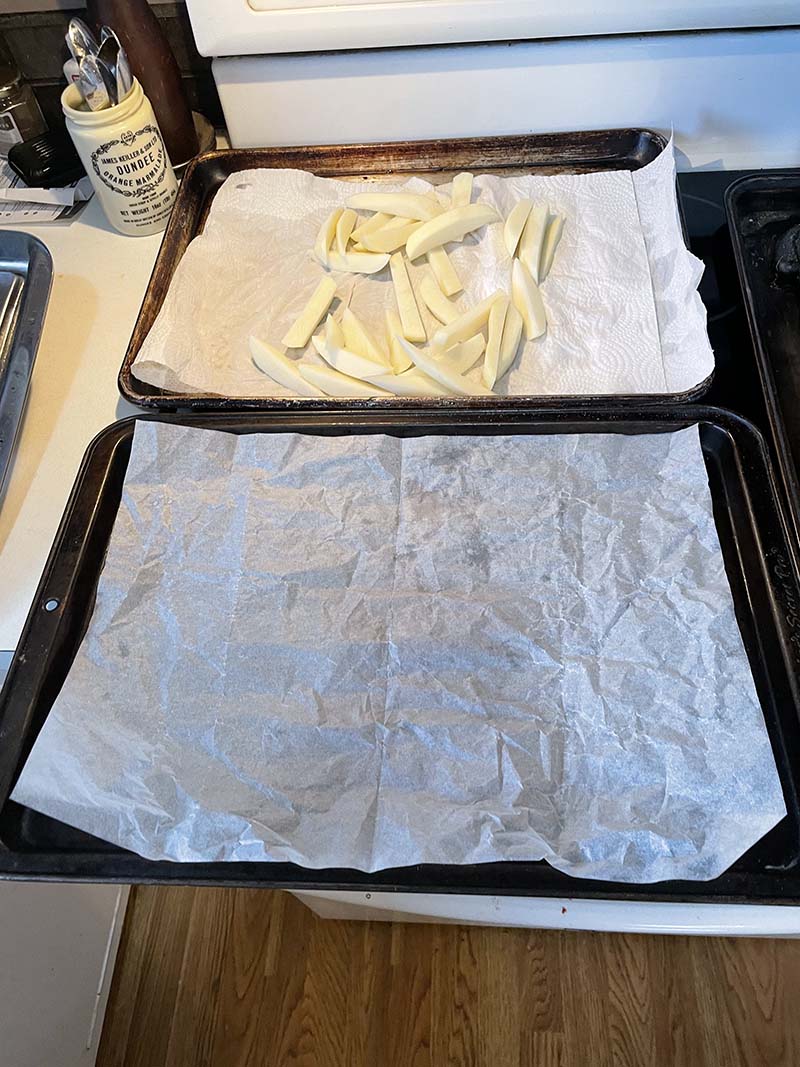 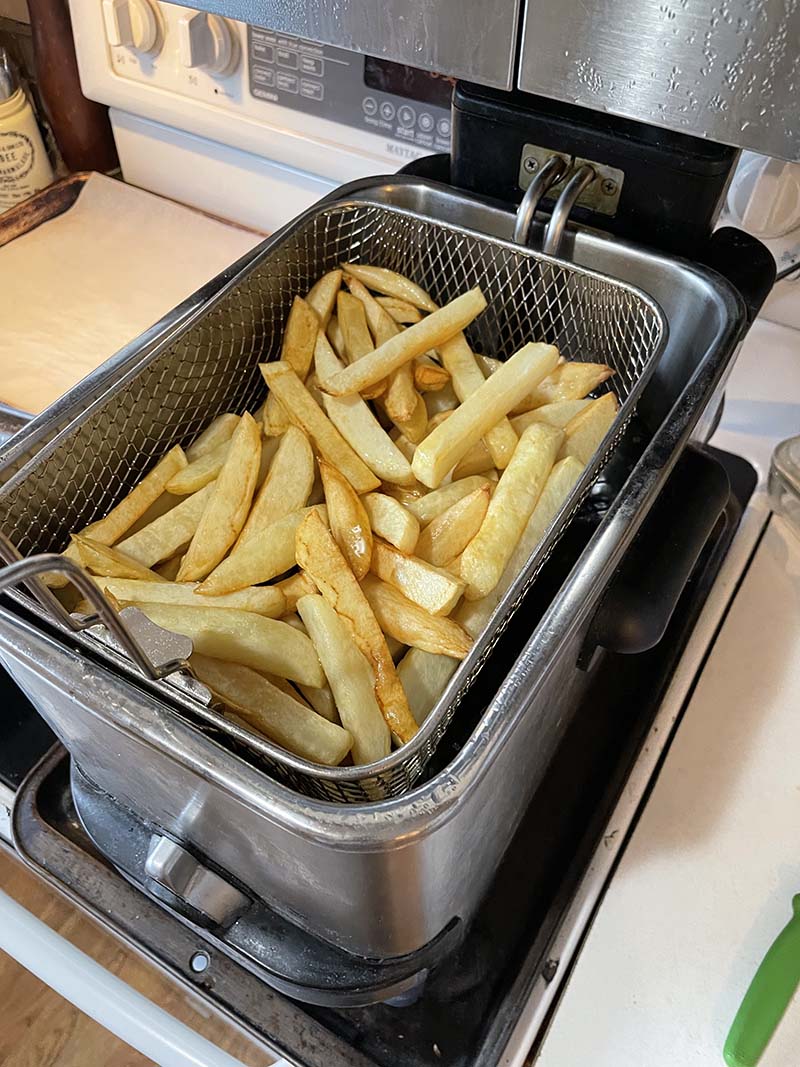 The Study Dude—Five More Signs of an Amateurish Essay