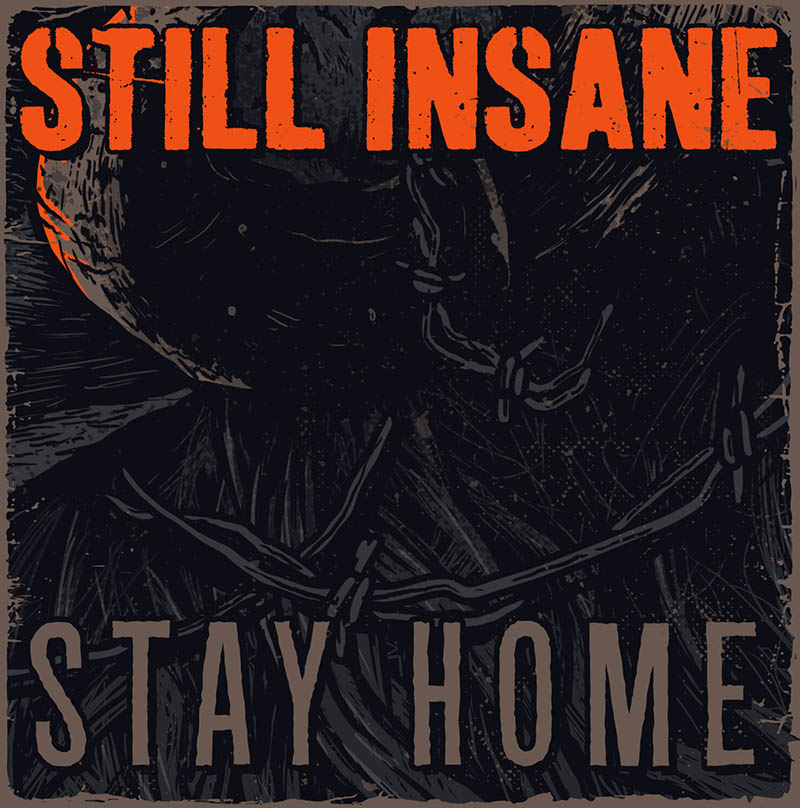 Quebec City punk rock band, Still Insane, has released a single from their upcoming album—their first-time releasing music since 2017.  The single is titled “Stay Home”, although the name of the new EP is still under wraps.  The band will be releasing the full album February 2022.

Honestly—it was difficult to find out any further information on Still Insane.  The band doesn’t have much of a social media presence.  The last time they posted on their Twitter account was January 2020, and the comments are turned off on their Youtube channel.  This isn’t necessarily a bad thing (I personally avoid social media like the plague), but when trying to create a following, engaging with your fanbase is probably a good idea.

“Stay Home” has a chaotic, fast-paced sound; almost like the band was going for a System Of A Down vibe mixed with old school British punk.  Unfortunately, this song missed the mark for me.  While Still Insane seems to be going for the classic anarchic punk sound, they seem to be anything but classic anarchists.  Dorval’s vocals are almost too clean for a punk band, and LaBrecque’s drums are uninteresting.  Still Insane seems to have all the cookie-cutter elements of a punk band without the necessary fervor to drive it.

As you can probably guess from the title, “Stay Home” is an ode to the COVID-19 pandemic.  The lyrics are about social distancing, washing your hands, and “staying the f*** home”.  The middle of the song is cut with clips of news anchors talking about the first cases of COVID in Canada.  It’s nothing that hasn’t already been done at this point (see Blink-182’s “Quarantine”).

I’m all for artists openly expressing themselves through their music, and I acknowledge that the pandemic (and all the difficult emotions that have come with it) could certainly be a source of musical inspiration.  However, the lyrics of this song read like a government sponsored ad, trying to sound “hip” for the kids.  There’s no emotion, no experiences, no passion—just instructions.  Not to mention that responsibly following government directives doesn’t exactly fit with the band’s anarchist, “insane”, image they seem to be going for.

Overall, I feel like Still Insane could have done a million things with their first single since 2017—but this shouldn’t have been it.  I look forward to hearing the rest of the album in 2022.  Hopefully it’s better than the single.