A busy week coming up with the switch to Daylight Saving Time (for some), March Break (for some), and St Patrick’s Day (for all who choose to play at being Irish for a few hours.)

Even the day’s namesake wasn’t Irish.  A Voice “Click of the Wrist” feature looks at several facets of Irishness.  “[T]he patron saint of Ireland wasn’t even Irish. He was kidnapped from Britain and spent several years in Ireland as a slave, only to escape and eventually return to Ireland as a priest.”  Click of the Wrist – Eire, March 12, 2010.

Good thing he wasn’t born in November.  Barbara Lehtiniemi looks at the pan-cultural appeal of  St Patrick’s Day.  “March 17 arrives just when we’ve developed a longing to see green, growing things again. Conveniently, St. Patrick’s gives us a reason to haul out forty shades of green to jolly us along until the real thing fights its way out of the frozen ground.”  The Return of Green, March 17, 2017. 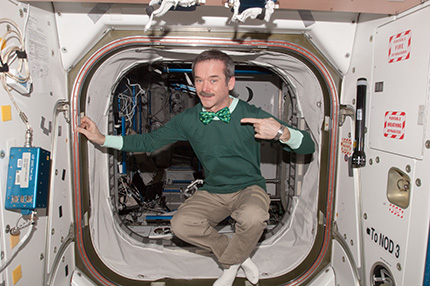 The Return of Green