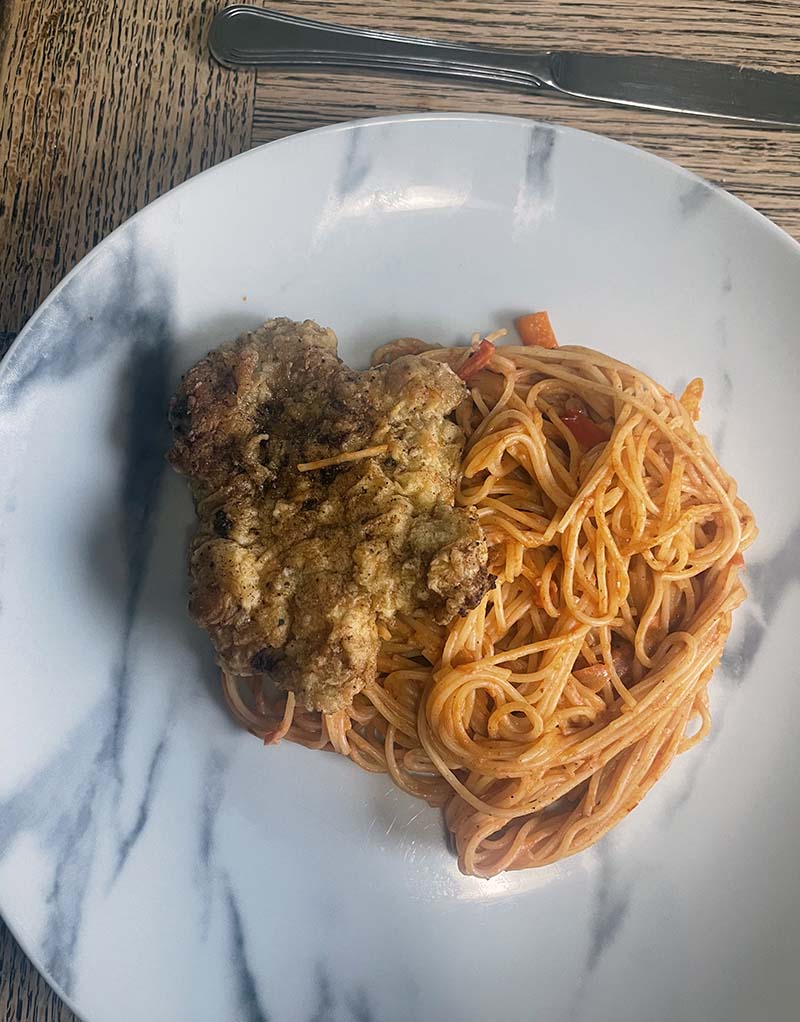 I got into a salsa kick with my last recipe, so I thought I should try salsa with cream cheese, since the whipping cream worked so well.  This recipe feels like a step up from the last one.  It requires a little more work than my previous one, and while I’m sure you’ve noticed that some weeks my recipes a more involved, I’ve tried to make it simple.  This recipe is only complex in making the pork cutlet.  The pasta is simple, boil water, put in noodles, cook until al dente, strain, sauce, done.

I grabbed my pork cutlets from my local butcher, D’Arcy’s in Whitemud Crossing, Edmonton.  They don’t sponsor me in any way; I just really like them.  The pork I used for this meal was some lovely pieces of loin.  I pounded them to about ¼” thickness and then dredged them in egg and flour.  Next, I fried them up in some canola oil and then finished them in the oven.  The sauce, again, was simple.  I cut some peppers into strips and cooked them in a pan before adding the salsa and cream cheese.

The trick with pounding meat is not the hitting but the follow-through.  When you use a hammer to hit a nail, it’s straight up and down motion.  With meat, you should hit then push out.  So, you’re moving the meat as you flatten it.  You also don’t need a lot of force; I usually try to hold back a bit with the force I’m using so that I don’t damage the meat.  You don’t want to hit it so hard that it starts tearing or turning it into mush. 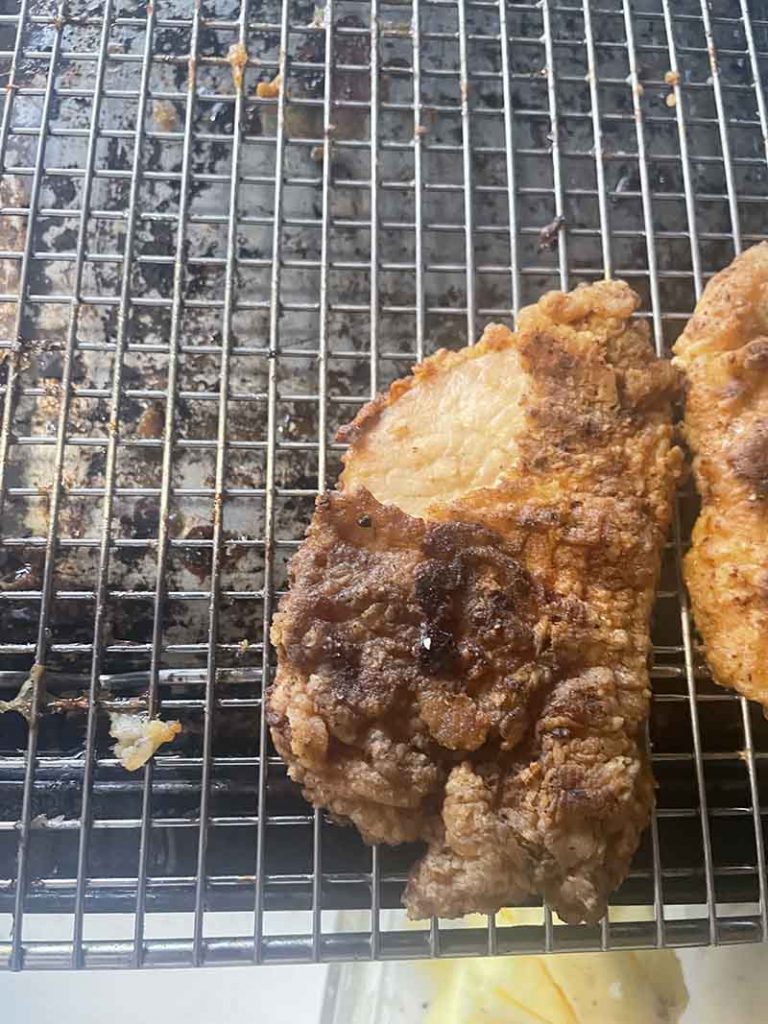 One last piece of advice when using a meat mallet, use the smooth side.  Some mallets come with a textured side and a smooth side.  The textured side is for tenderizing, and the smooth is for flattening.  What’s the difference, you might ask?  Well, tenderizing is forcibly breaking the tough parts of a cut of meat.  You’d do this with muscle groups that get worked more, such as legs, or in pork that might be the ham or shoulder.

If you are tenderizing, you’re looking to cook the meat faster than a low and slow method such as roasting or smoking.  Cooking a pork shoulder for four or five hours at 300F will get you to tender.  If you want to cook it quickly, then use the tenderizer part on your mallet.  If, however, you are using an already lean piece of meat like the pork loin chops I used, then the smooth side of the mallet will do the trick.  The meat in a pork loin will be more tender because of its location on the animal: rib and side meat.  If you’ve ever had a pork chop with the bone in, a cut that is like a T-bone steak, one side is the tenderloin; on the other is the loin (or in the case of beef, it would be the strip, as in New York Strip).  The loin is not as tender as the tenderloin (hence the name), but it’s still going to be tender, which is why I used a chop.

As an aside, bacon is made from the belly, incidentally, which sits below the loin.  They are already quick cook meats; thus, you can use high heat and cook them in a matter of minutes and not hours like the legs or shoulders would require.

Hence, choosing the loin for this recipe makes sense because we want to cook it quickly and still have a tender piece of meat. 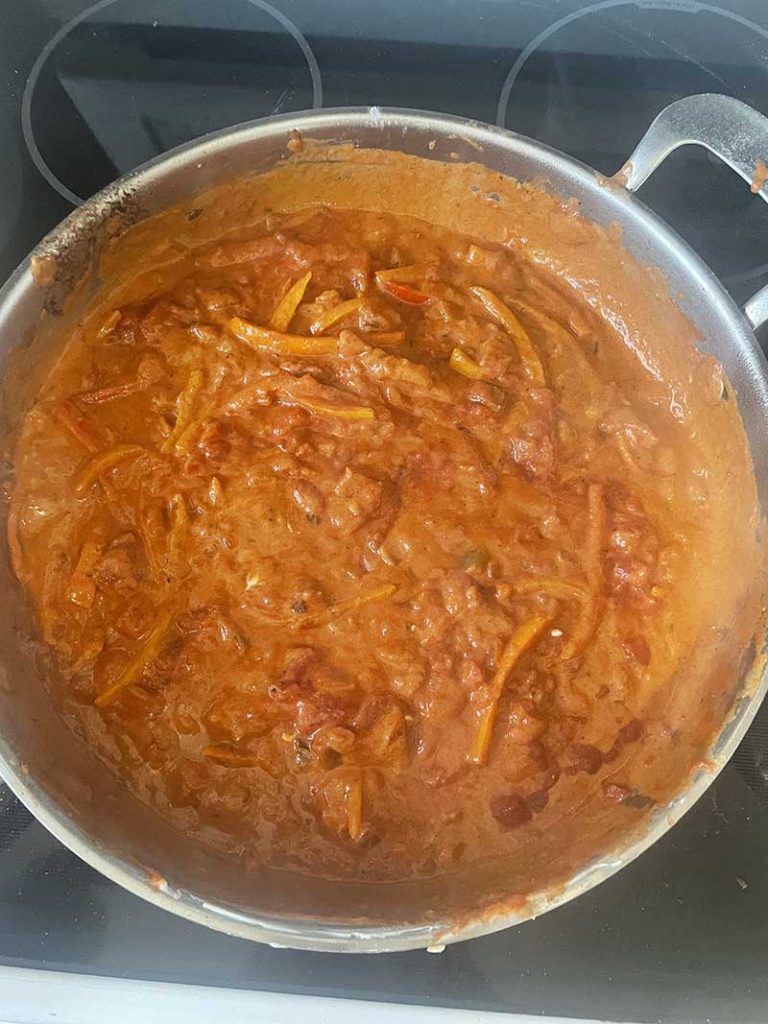 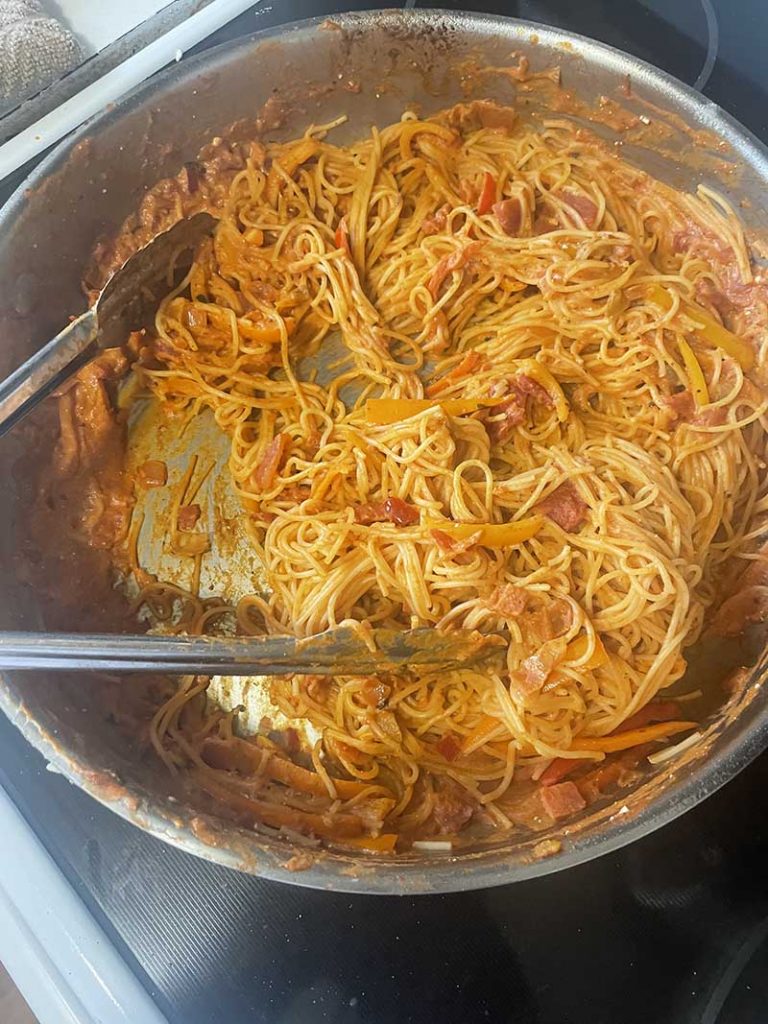 Enjoy your meal! I bet you made it taste amazing! 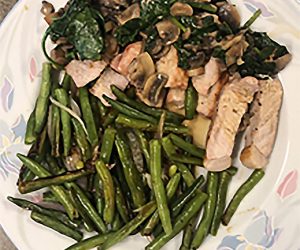