Columns
The Voice
From Where I Sit – Random Acts of Kindness

Lost in the retail waves of red Valentine’s Day merchandise is the fact that Random Acts of Kindness Week will be soon upon us. I tried unsuccessfully to research this topic on the Internet. Like so many Internet searches for information, there were dead ends (“this page cannot be displayed” messages) and just downright misleading results. Life’s too short for some of this stuff!

Instead, let me rely on a little book on my shelf called “More Random Acts of Kindness.” The inscription on the front is dated December 1995 and reminds me that the book itself was a random act of kindness. I received it from an acquaintance that knew I had just lost my father in late November. Ten plus years later, it reminds me that someone cared about my pain. That’s the beauty of kindness. We remember it with warmth and fondness long after it happened. Although some people have turned the act of remembering hurtful things into an art form, even if it kills them.

According to the book, in 1982 Anne Herbert scrawled the words “practice random kindness and senseless acts of beauty” on a placemat in Sausalito, California. From there, it grew to bumper stickers, a 1993 book, articles, radio messages, and a university class assignment to do random acts of kindness. Twenty-four years later, it’s still alive and kicking.

In a growing climate of rudeness, incivility, mindless hurts and deliberate acts of hatred, it’s more important than ever to recapture the simple essence of the message. Ella Wheeler Wilcox’s words at the beginning of the book say it all:

“So many gods, so many creeds,
So many paths that wind and wind,
While just the art of being kind
Is all the sad world needs.”

My reading of this poem tells me there are many religious practices and beliefs and many well-intentioned but round-about plans that exist to fix this world. There need not be royal commissions, task forces, religious leaders, research projects, budgets or legislation. Maybe, just maybe, simple acts done one-on-one will turn the tide.

Letting the guy merge into your lane when you’d really rather ram his SUV into next week may be a start. Using your cell phone only when it doesn’t negatively impact the people around you may be another idea to try. Pay for the coffee for the guy behind you at Tim Horton’s. A few years ago, my daughter’s high school president spearheaded a project whereby every kid from grade 5 to grade 12 anonymously wrote one kind thing about each other person in their class. Those comments were collected and collated. The children then received all of these warm words directed specifically at them.

Maybe this February re-think the chocolates and plush bears, the diamond jewellry, flowers and dinner out, instead try some tender words, heartfelt smiles, genuine patience and random acts of kindness both with strangers and the ones you love. Well, maybe jewellry would be okay, from where I sit. 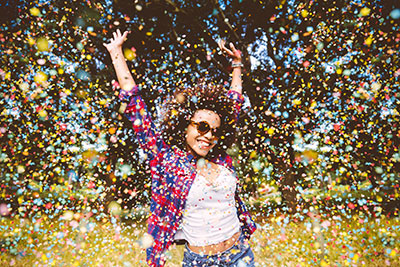