? . . . he so immersed himself in those romances that he spent whole days and nights over his books; and thus with little sleeping and much reading his brains dried up to such a degree that he lost the use of his reason . . .?

?The most difficult character in comedy is that of the fool, and he must be no simpleton that plays that part.?

One of the most meaningful features of Book I of Don Quixote is the fact that Quixote as protagonist never changes. He is every bit as barking mad at the end of the book as he was at the beginning. He hasn’t yet abandoned his self-constructed ego defence. He hasn’t matured as a human being. His ideals aren’t in the least tarnished after the ludicrous failure of his feats of heroism. 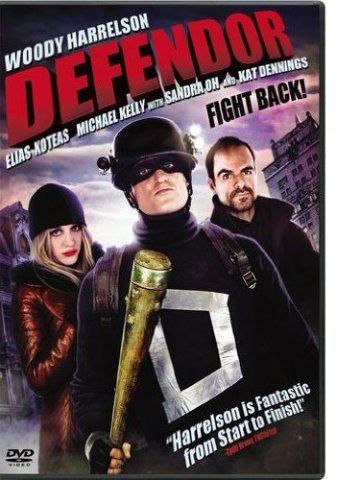 As with Arthur Poppington, a.k.a. Defendor, It’s the people around him who change. Abuse victims start believing in themselves and in the possibility of a just world. The depraved give up their vices. Evil masterminds get their comeuppance. And underdogs feel affirmed and uplifted as human beings by the very fact of his existence. His peculiar pathology appears to have the effect of drawing goodness from others.

Arthur has had one bitch of a life. The son of a prostitute whose drug habit forced her to abandon him to the care of his soul-crushing grandfather, his imagination empowers him to create oases of peace that enable him to withstand excruciating pain, both psychic and physical.

In one scene from childhood Arthur is standing before a comics rack and trying to read the cover of an issue of GI Joe. His grandfather ridicules him for his poor reading skills, and walks away to leave Arthur staring longingly at the comic.

Tellingly, the hymn ?Amazing Grace? is playing in the background of this scene. Because Arthur chooses love and goodness and not the life of vice and debauchery that the circumstances of his birth have dictated, he has invited grace to pour into his life; thus his life action, however pitiable, has been miraculously transformed into a means of generating grace in the world.

Great casting in this movie. You couldn’t ask for more apt choices for actors, and excellent performances were pulled from every one of them. Woody Harrelson’s portrayal of this complex lead is both probing and compassionate, and Kat Dennings’s timing and intonation render a stylized but highly engaging addition to the film canon of goodhearted, smart-talking hookers.

Defendor manifests seven of The Mindful Bard’s criteria for films well worth seeing: 1) It’s authentic, original, and delightful; 2) it stimulates my mind; 3) it provides respite from a sick and cruel world, a respite enabling me to renew myself for a return to mindful artistic endeavour; 4) It’s about attainment of the true self; 5) it inspires an awareness of the sanctity of creation; 6) it displays an engagement with and compassionate response to suffering; and 7) it renews my enthusiasm for positive social action.

Get Them to Read Your Favourites 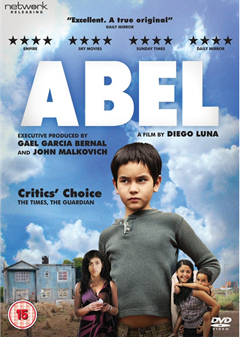