Features
The Voice
So You Think You Can Publish? 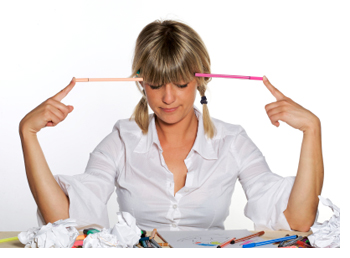 So you want to be a writer. Better yet, a published writer. The good news is that you have the power to make that happen?at less expense and to a wider audience than ever. The bad news? Well, that depends on what your version of a self-published home run looks like, but there are plenty of pitfalls to watch out for. Here we’ll take a look at some resources to guide you on your way and, just maybe, save aspiring indie writers time and money.

Let’s suppose you’ve got a glimmer of the world’s best self-help book floating around in your head. Or you’ve just finished your Great American Novel and can’t wait to introduce it to the world. Either way, the most valuable nugget of truth you’ll find is this: self-publishing is not a get-rich-quick scheme. Sure, fine. You already know that. Except maybe, just maybe, your book is different and it will serendipitously land in just the right person’s hands . . .

So I’ll say it again. Self-publishing is not a get-rich-quick scheme. Which is why you need to be straight with yourself about your reasons for doing it. If you just want a few copies of your travel memoir to share with friends, you’ll probably find some of these cautionary links valuable. On the other hand, if You’re in it to build a career, you might want to bookmark some of the industry-related sites and set aside some serious reading time. (And even then, if you’ve still got dreams of instant Hocking-esque success, don’t forget she’d been honing her skills and collecting rejections for nine years before hitting it big.)

No matter what your publishing goals are, one of the most valuable sites you’ll find is the Writer Beware blog. It’s written by A.C. Crispin and Victoria Strauss (along with occasional guest bloggers), and they’re not fooling when they say the site ?shines a bright light into the dark corners of the shadow-world of literary scams, schemes, and pitfalls.? Read it. Search the archives. Keep reading. At the very least, you could save yourself from falling into the pit of a vanity press.

Which brings us to the subject of pay to play. These schemes aren’t new, and they all have one thing in common: the ?publisher? makes its money by charging writers exorbitant fees for services and, in a lot of cases, obligating the writer to buy dozens of copies of his own books. They run the gamut from premium publishing packages to vanity anthologies, but the bottom line’s the same. They make their money off writers, not book sales. Unless You’re prepared to throw thousands of dollars away on overpriced services of dubious quality, run.

So what’s an aspiring indie author to do? There are plenty of options, and they, too, have a common element: just like reputable agents and publishers, they take their cut from actual book sales, not writers? pockets. If You’re still not sure of the difference, this Writer Beware post explains it clearly.

Before we start dropping names here, there’s an important distinction to make. Publishers typically take all the financial risks. They pay for acquisition editors, copy editors, cover design, publishing, and so on. If You’re going to self-publish, It’s not unreasonable that those costs now belong to you. Legitimate editors, artists, and layout and conversion providers get paid. Period. they’re professionals providing services for a fee. But vanity presses often lure writers with veiled promises of the ?inside track? that comes with premium packages, never mind the need to buy thousands of dollars? worth of your own book. A good editor or proofreader does just that, with no promises or obligations beyond a job well done.

When it comes to getting your book in front of readers, the big name (for now) is Amazon. Although the landscape’s shifting, they still own the lion’s share of the market, and they offer two relatively simple and cost-free ways to publish. The first is Kindle Direct Publishing (KDP) and the other is CreateSpace, which is print-on-demand. Say what you will about Amazon’s cutthroat business approach, they’ve created a pleasant user interface and host friendly, well-moderated community discussion boards.

Two notes about this distribution channel. The first is that CreateSpace offers a Pro Plan option for $39 US, but everything I’ve seen in the community points to the cost being worth it, especially since it translates into higher royalties.

The other note is for non-US writers. Amazon (and other US sales channels) don’t have a choice and must withhold 30 per cent for the IRS unless you provide a special US tax number. The process is a little convoluted but definitely doable?I got one with minimal hassle?but here’s the trick: you need a signed paper copy of a letter from the distributor, and I’ve yet to hear of a writer That’s managed to finagle one out of Amazon. On that point, KDP scores a fail.

And that brings us to Smashwords. If You’re seeking broad e-book distribution without the trouble of managing individual sales channels, look no further. Smashwords founder Mark Coker has made it remarkably painless to get your books into Sony’s Reader Store, Apple’s iBooks, Barnes & Noble, Kobo, Diesel Books, and into mobile e-reading apps like Stanza and Aldiko. Can you negotiate your way into several of these channels yourself? Yes, but if you’d rather spend your time writing than submitting invoices and creating a variety of formats, giving up a share of royalties might be worth it.

Again, a couple of things bear mentioning. Much like KDP, Smashwords doesn’t dictate what should or shouldn’t be published, short of some rules about offensive content. So don’t be surprised to see some dreck if you land on the homepage, but don’t let that turn you off either. Like indie titles in general, you’ll find some absolute gems among the muck?and Smashwords lets you filter by bestsellers and highest rated. Where Mark and the Smashwords team score high is their honesty about what to expect, their suggestions for marketing, their transparency via regular site updates, and their willingness to send that all-important US tax letter once your royalties hit the $10 mark.

One of the final names I’ll mention is Lulu. Much like Amazon’s KDP service, Lulu is an established player and lets you self-publish everything from novels to photo calendars. It’s a print-on-demand service, and unless you opt to pay for their upgraded services it doesn’t cost you, the publisher, a thing. 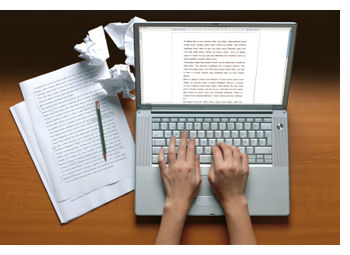 That covers the main bases; now you’ve got your homework cut out for you. But if You’re serious about building an indie career, there are a couple of other sites you can’t afford to miss. One is The Book Designer blog by Joel Friedlander. He generously shares decades of experience in his articles on everything from cover design to editing, and your time will be well spent.

When it comes to the realities of earning your daily bread as an indie, you’ll get a refreshing dose of it from JA Konrath over at his blog, A Newbie’s Guide to Publishing. don’t say you haven’t been warned.

If You’re still not convinced that publishers and agents often reject quality writing, take a minute to check out this Guardian piece on how Lionel Shriver’s ?widely rejected manuscript become a best-selling, prize-winning novel, then a book-club favourite and now the toast of the Cannes film festival.? And don’t forget the emerging trend among publishers to wait for indie books to climb the charts before making an offer. Like Corvus, which just acquired seven titles by a self-published writer. 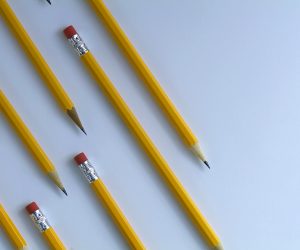 The Time is Right to Write for the Voice!