Articles
The Voice
How do You Like Those Apples 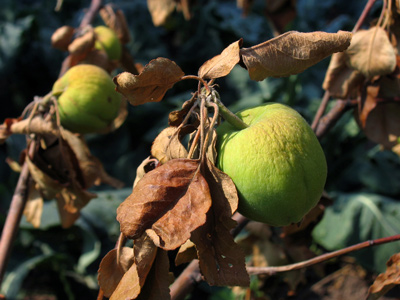 Like a shadow, a Biblical feeling passes over me as I thin apples in my orchard on a bright summer afternoon. I think back to Sunday school and the book of Matthew where it says “every tree that does not bear good fruit is cut down and thrown into the fire” (Matthew, 7:19, New International Version). Apples which emit dusty castings from a small crater on their surface take on an added significance: these are the proverbial ?bad apples?, wherein lives a worm. Thinning out the crop puts me in the godlike position of deciding which apple is worthy enough to develop to maturity and which shall meet an ignoble ending as a mouse’s lunch among the leaf litter of the orchard floor. Invariably I think of how sometimes we speak of a person as a ?bad apple?. Yet, compared to us, fruit lives latched into position with no free will whatsoever. We humans inhabit an intermediary realm between our treed selves and our winged selves.

Lucky for me, the apples don’t put up much protest as I decide their fates. In human society they’d have lawyers.

Here in the tourist-mecca of a valley I live in, a recent music festival called Boonstock sold 8 000 tickets for a collective celebration of live music. The festivities claimed the life of one woman and sent about 90 others to hospital for issue ranging from dehydration to drug overdose. (“Lynne Tolocka Identified”, 2014). Many people in the community have considered the victim to blame for her tragic outcome. At first I was taken aback by what seemed like a lot of folks blaming her. Then I figured I’d write about it and ask ?what about the context?? Social circumstances must have played a role; reality exists in shades of grey, be they an innumerable number or only fifty. If apples could, they’d scream for justice.

We humans often think in black and white terms about our free will and our culturally-determined context. When things go wrong we often blame our environment; when they go right we are self-congratulatory. Most of our decisions are made taking into account our inner desires as well as our external circumstances. Often in decisive moments of uncertainty our friends and fellow-travellers fill in blank spots in our reasoning. Our better judgement can ?black out? as we are carried away in the flow of a fun time. Rare indeed are the moments when we are so isolated that we make choices without social pressures. Yet, unlike apples, we can walk away at any time.

From a sociological perspective, ideology often shows up wherever the concept of an individual is found. Individuality is created through discipline and self-discipline. The more we are watched, or watch ourselves, the more our selves are placed under a microscope and the more we congeal as definable entities. The incisive social theorist Michel Foucault reminds us that “in a system of discipline, the child is more individualized than the adult, the patient more than the healthy man, the madman and the delinquent more than the normal and the non-delinquent” (Foucault, 1977). In the case of the Boonstock tragedy, the victim’s individuality is thrust alone into a spotlight, as though her final hours were a Shakespearean soliloquy. However she envisioned herself as a person, the irony is that those who posthumously define her as the sole cause of her death are proving the degree to which our social selves are often constructed without our intent or consent. Her individuality is proven by the shadow cast over her by her social tree. Just like an apple.

Our selves adjust and are altered by our circumstances, yet we often imagine we are like isolated atoms floating in a social soup. In an idealistic example of individualism a social theorist named Herbert Spencer followed the founder of ?sociologie?, August Comte, and prescribed “cerebral hygiene” which involved abstinence from reading other people’s ideas and work. Spencer and others of his ilk sought to “free their minds from the ?pollutions? of other writers” (Ritzer in Kendall and Wickham, 1999, see also: Ritzer, 2001). Immurement with one’s own ideas purportedly led to alchemical success based on previously-absorbed data and concepts. Interestingly, Spencer coined the term ?survival of the fittest? which Charles Darwin later adopted. It takes quite the ego to wish away social surroundings. This may be at play when my peers critique the events at Boonstock.

The elegant simplicity of Spencer’s idea of splendid isolation from the vicissitudes of society came clear to me the other night. We made a glass terrarium out of an old homebrew carboy and filled it with moss, some that looked Dr. Seussian and some that looked like Astroturf, as well as some small slugs and Isopods (pill bugs).

Creating a living-yet-enclosed environment was like playing god. And yet, even within this contained ecosystem, the results are unpredictable. Some organisms thrive better than others do and the magic exists in watching things unfold. As humans we are always faced with choices and opportunities yet we have to remember that even amidst a panoply of options there are limits. Forces tug us in various directions and threaten to dash our hopes. Meanwhile there are potentials which we haven’t even imagined yet. Unlike an Isopod in a glass terrarium, our translucent walls are mostly imagined. It makes me appreciate the simplicity of an apple’s fate, yet also feel fortunate to be a human with choices I can call my own. The victim of Boonstock, like so many young people before and to come, however, will not be able to pass on her lessons learned to future generations.

Selected by students and myself, this article was a thought-provoking look at a tragedy and how society reacts. 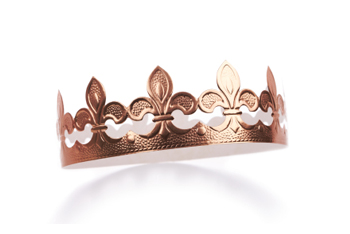 Fiction – Kings of the Castle