“The desert could not be claimed or owned?it was a piece of cloth carried by winds, never held down by stones, and given a hundred shifting names . . . Its caravans, those strange rambling feasts and cultures, left nothing behind, not an ember. All of us, even those with European homes and children in the distance, wished to remove the clothing of our countries. It was a place of faith. We disappeared into landscape.”
– Michael Ondaatje, The English Patient

(Find Part I and Part II)

Discovering that scenes from The English Patient were filmed here in the Mides Gorge (depicted as the Libyan Sahara in the film) takes me back to meeting Michael Ondaatje at a poetry reading in Halifax, long before he’d written the novel on which the movie was based. After having delivered a precious parcel of poems, Michael humbly joined members of the audience at a small reception. Naturally, everyone fawned on him; even then he was considered a major Canadian poet, and the poetry reading had been pretty darn wonderful in spite of the suffocating highbrow nature of such events. But he appeared to be stoned, his answers brief and vague, as he struggled to answer my simpleminded questions. Perhaps he was always like that, or perhaps he was just mentally wiped out after having delivered his deepest convictions in his best words, as my father used to be after preaching a heartfelt sermon. I’d like to think it’s one of these two, because I can’t imagine a stoner putting together as complex a story as The English Patient, or, for that matter, of giving such poignant voice to even a small piece of the great mystery of the Sahara.

Driving away from Mides, we see pockets of date palms and bull rushes waving slowly en masse in the breeze, like grand dames at a ball. Such motion seems all the more beautiful within a setting of broad vistas of motionless rock and sand.

At nearby Tamerza we descend into a beautiful green space fed by springs and waterfalls. A row of elegant palm frond huts begins at the top of the cliff and winds prettily to the bottom of the gorge. In the huts are friendly venders selling high quality local handcrafts. Two musicians play zokra and dharbouka. We join European tourists in gazing at the magical waterfalls in the golden desert light that lovingly illuminates everything it touches.

We find a desert gourd (citrullus colocynthis), a small melon-like fruit that’s edible, medicinal, and has a history of being highly suspect by desert peoples. Despite the latest research, my Arab friends insist that it’s slightly poisonous. Aptly, one of its names is “Vine of Sodom,” invoking the ancient city that was so wicked that God destroyed it.

The Old Testament bears witness to the antipathy Semitic peoples bear toward the desert gourd:

“And one went out into the field to gather herbs, and found a wild vine, and gathered thereof wild gourds his lap full, and came and shred them into the pot of pottage: for they knew them not. So they poured out for the men to eat. And it came to pass, as they were eating of the pottage, that they cried out, and said, O thou man of God, there is death in the pot. And they could not eat thereof.”
~II Kings 4:39-40, KJV

I secretly stuff the gourd into my backpack and bring it home. Later I’m scolded for bringing such a thing into the house; apparently it’s something untouchable, even a bringer of bad luck. In cases like this where the science contradicts folk tradition, I’m tempted to trust folk traditions, which are so often confirmed by science in the end. I take a photo and then throw the gourd out.

At our hosts’ home I’m delighted to find a massive growth of rosemary. I once managed the very difficult task of germinating rosemary seeds in Canada by planting the seeds around the edge of a metal can that I moved around so that it could catch the hottest rays during the hottest days of the summer. The result was one small shrub that lived inside the house for a year before it shrivelled away, pining for the blistering heat of its desert origins. But here the rosemary practically leaps from the ground, basking in sunlight that is often too strong for man or beast.

(to be concluded next week) 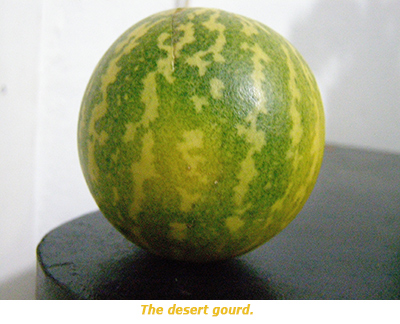 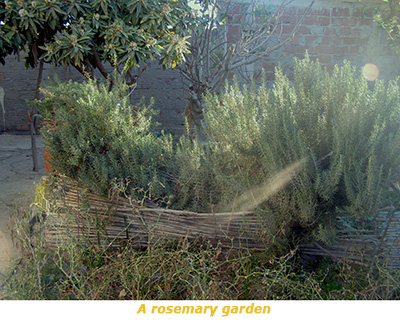 Write Stuff – This Episode Brought to You by the Number 10