“Women are liberated from the time they leave the womb.” – Dr. Virginia Apgar

Dr. Virginia Apgar was born June 7, 1909, in Westfield, New Jersey and died August 7, 1974, in New York City. She was an obstetrical anesthesiologist who invented the APGAR score for newborns. The APGAR score is an acronym for Appearance, Pulse, Grimace, Activity, and Respiration. It is administered to newborns one minute after birth and again five minutes after birth. The scores are either a one (the lowest) or two (the highest.) As a result of the APGAR score a determination is made as to whether the baby needs immediate attention, and if required may be repeated every five minutes. Dr. Apgar worked for the March of Dimes from 1959 until 1974 and brought attention to the difficulties involved in premature births. She was influential during the rubella outbreak of 1964-65, as a promoter of widespread vaccination to prevent mother to child transmission of rubella. She lectured extensively about the need for research and the value of early detection of birth defects. During her lifetime, Dr. Apgar received many honors and awards including the Woman of the Year in Science, from the Ladies Home Journal (1973). She also coauthored a book with Joan Beck in 1972 “Is My Baby All Right?” 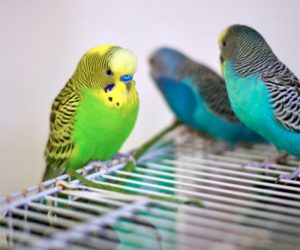 Eight Reasons to Have a Pet Budgie