Columns
The Voice
Beats from the Basement—Indigo Girls 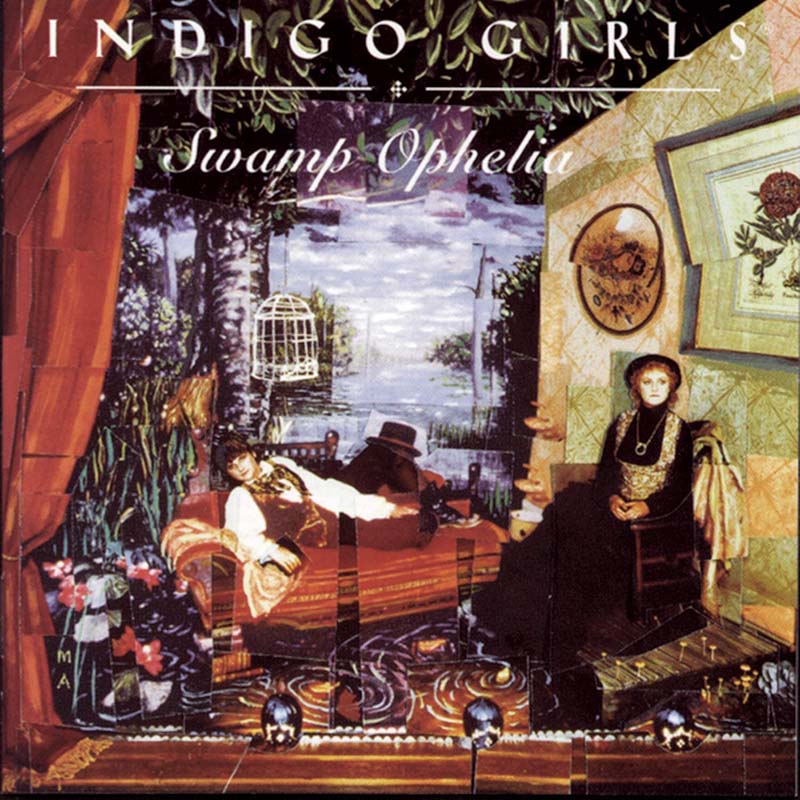 Folk music fascinates me a great deal because of how differently every culture known to humans has interpreted it.  The bouncy accordion and heartfelt gusle I’m used to hearing in traditional Montenegrin songs at home are absent in the Canadian repertoire.  Instead, the acoustic guitar and harmonica offer us solace at arts festivals and holiday events.

Which brings me to the folk-rock duo Indigo Girls.  Folk songcraft originally drew from legends passed down across generations in each community; while the Girls’ songs are personal, they nevertheless retain that mindset of taking their listeners on a journey and feeling every emotion with them along the way.

As a fan of the Shakespearean tragedy Hamlet, the Girls’ 1994 album Swamp Ophelia had me at that title.  Rest assured, however, that creative marketing doesn’t at all make up for the contents themselves.  Members Amy Ray and Emily Sailers wrote the entire album together and take turns as the main vocalist while backing the other on each track.  Their harmonies are rich, melodies tender, and their choice of words, despite using modern English, only enhances this timeless journey.

Although reflecting on past romances is a major theme, Ophelia is also friendship-oriented.  “Least Complicated” leans more toward the former, and mixes a dash of what I suspect is medieval tavern with contemporary folk for a sound that is both upbeat and easygoing.

The only true rock song on the album is “Touch Me Fall.”.  It references the troubling relationship Ophelia has with Hamlet in the eponymous play, who’s unstable behaviour drives her mad.  Such heavy subject matter corresponds with the erratic direction in music.  The drawl of the violin adds weight to the slower parts, and the quickened pace in other places gives you hope when there isn’t any.  Throughout all of this, the vocals remain impressively grounded.

On the other hand, “Power of Two” is completely laid-back and makes you feel like you’re one with nature.  Imagine horseback riding or hiking with a dear friend: given that the song is about moving forward with a loved one, it’s a fitting visual.  The gentle guitar picking is especially endearing and compliments the Girls’ sweet carolling.  The harmonica peacefully closing the song has me wishing it was the last one on Ophelia.

Of all the albums I’ve reviewed thus far, Ophelia is probably the most organic.  It’s true that only a few tunes stand out from the rest musically, but the occasional dynamism is worth waiting for.  The album favours an earthy as opposed to angelic sound, so rustic instruments are to be expected.  Still, it does offer pleasant surprises, like the sporadic bongos for something of a chilled-out groove, and a music box that isn’t sad or creepy for once.

Ultimately though, that’s not really the point.  It’s hard for me to legitimately criticize the lack of diversity in Ophelia because I feel compelled to live and breathe its stories.  This is an album that travels and grows with you through the bright and dark moments in your life.  The more experiences you have, the better you’ll understand the lyrics and find your home.

In Conversation With . . . Rennie Sparks of The Handsome Family