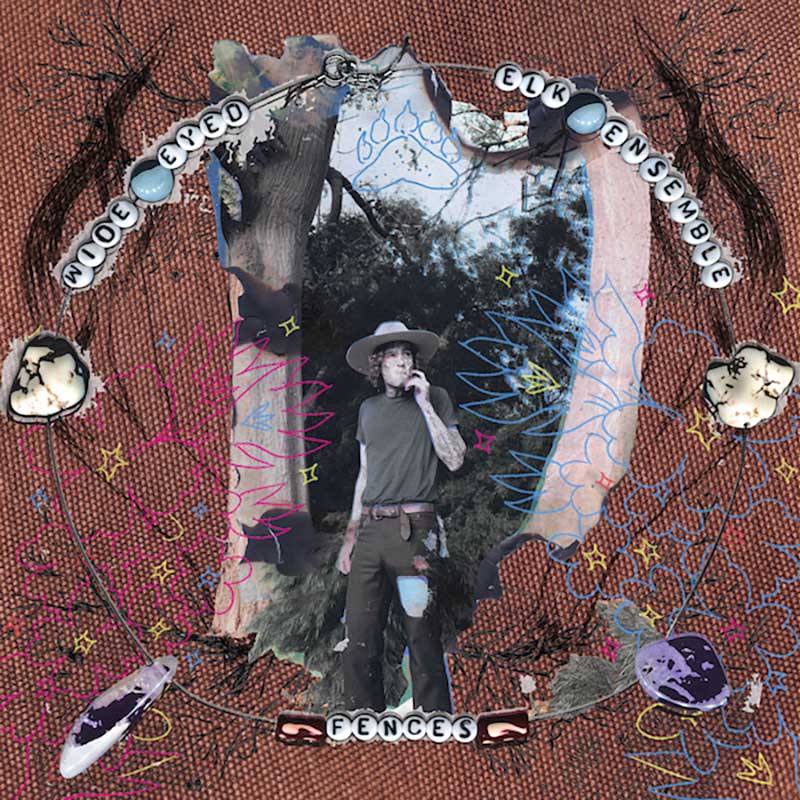 Mansfield’s solo collab with Billy Strings on the track “Globe” is a beautiful acoustic love song, something I could imagine swaying to around a campfire.  Both Mansfield and Strings have warm, comforting voices, reminiscent of other indie bands like Death Cab for Cutie.  The music video perfectly embodies the tracks sound—just Mansfield and Strings in the recording studio with their guitars.  Simple, classic, lovely.  The sweet lyrics are the cherry on top: “I want us to be happy, live better than our families.  All we gotta do is lay beside the creek, until we grow a tree”.

With over 80 000 views on Youtube, it’s easy to see how this collab is bringing so much attention to Wide Eyed Elk Ensemble.

The album is made up of five tracks: Boot Height, Shape Shifter, My Pale King, The Folk and the Lore, and Fake Snow.  Boot Height, My Pale King, and Fake Snow all have music videos which feature someone who I assume is Mansfield’s girlfriend.  I have to say they are so cute together and very aesthetic—even if it is a little shocking to see the heavily-tattooed face behind these heartfelt love songs.  But other than the cute-factor, I don’t find the music videos to be anything special.  They look like every typical indie/hipster music video, with all of the required cigarette smoking, old movie-reel filters, walking on empty sidewalks, and holding random objects.  It’s not that the videos are bad, they just don’t add anything to an otherwise amazing album.

Overall, Wide Eyed Elk Ensemble is an indie-masterpiece.  “Boot Height” is more upbeat, with lyrics like “Would you grow old with me? Grow grey slowly, tell our children how their dad was found wandering”.  So cute.  Meanwhile, the acoustic guitars really shine in “Shape Shifter”, which could pass as a Mumford and Sons song.  “My Pale King” and “The Folk and the Lore” both have more of a sad tone, with “The Folk and the Lore” focusing on heartbreak.  Finally, “Fake Snow” features bassist Lyndsey Starr’s vocals as well, which brings some variation to the album.  All of the songs come prepared with sweet, creative lyrics that really show Mansfield is baring his soul out here.