Articles
The Voice
Propaganda in our Society

Propaganda is a “phenomenon that blurs many fine distinctions” (Doob, 1948). It has been around for a very long time. How do we decide enough is enough, someone has spoke more than they should, or that the reasonable has become unreasonable. Deciding what to believe, differentiating reasonable from the unreasonable, the exciting from the dangerous, these are all key factors to consider when answering: “what is propaganda?”

Propaganda originated in the early days of the Catholic Church. However, the word “propaganda” came into use after three centuries, during the period of the Renaissance. Propaganda was also used during World War I. It was extremely successful, as it has influenced the outcomes of the war immensely.

During my education and career, I have witnessed propaganda at many stages. I would have to say that the place where I witnessed propaganda the most is in the area of mass media. This may be for one of two reasons. First, I was studying in the field of Digital Media during College and therefore constantly learning about the techniques of advertising. There was a great deal of information on propaganda presented in many of my class lectures. Also, by being surrounded with so much advertisements at bus stops, on television, and on the Internet, one is guaranteed to come across propaganda in one way or another. I must say that I have also been educated enough to differentiate right from wrong; hence, as far as I could remember, I have not been drawn into false advertisements or any other form of propaganda. I think education plays a big role in my attitude towards propaganda. For instance, by studying how propaganda can be used in the mass media industry, and the different techniques companies use to market their products, I have become very knowledgeable when it comes to distinguishing propaganda and education. Thus, it is important to be educated on what propaganda is in order to be careful of being drawn into it.

Many writers have given their opinions on what propaganda is to them and how it affects society as a whole. Leonard Doob, who closely examines the crowds of individuals in his publication Public Opinion and Propaganda, 1948, presents one of the more interesting phenomena. According to Doob, membership in any particular group is an essential determinant of the opinions held by the group members, although within a group, each individual has the right to make his or her own choice.

Doob continues by giving propaganda educational values. According to Doob, there is a fine line that exists between education and propaganda. To begin with, education tries to “pass along knowledge and skills deemed by society to be valuable.” On the other hand, propaganda is provoked by doubtful values; hence, it tries to control each individual’s attitude and behaviour. It is difficult to determine what is right and wrong for a society as a whole. As time changes, values change. Although both education and propaganda use similar techniques such as repetition and variation, they seem to differ in the attempt to control an individual’s thought or doing. For instance, education allows one to think for him or herself, as the student has the right to agree or disagree with their professor. Whereas, propaganda does not allow for such intellectuality, “it needs to close decision making by creating a false sense of urgency, false notions of availability, and choice.”

Although it may be difficult to draw the line between education and propaganda, it is certainly not impossible. Depending on the circumstances, one has to make a choice to differentiate between education and propaganda. In my opinion, one should go with his or her instincts or gut feelings when making a decision between education and propaganda. As a society, we need to be educated on what propaganda is and how it affects our daily lives. For example, when we see a commercial for Nike shoes, we should think twice before purchasing the shoe. Will it really make you a better basketball player? Will the shoe make you jump higher? Or is it just marketing for a brand name? Once we are educated and know how to question ourselves before making a purchase of $150 on a pair of shoes, I think it will become easier to differentiate between right and wrong. Hence, education is needed to understand and be aware of propaganda.

There is so much propaganda present around us that we hardly notice it. Hence, propaganda has permeated all aspects of modern life to such an extent that propaganda has become a part of our daily lives. In our modern day society, by means of such massive advertisement and the rise of technology, we have become more immune to propaganda than ever before. If I had to pick one time or phase of life where propaganda became extremely common in our lives, it would be the September 11th attack on the World Trade Centre. Everyone was glued to his or her television sets to get the latest news, checking out CNN.com on the Internet, or reading newspapers on the subway on their way to work. Although some of the news forecasts conflicted and contradicted, people did not give up and continued listening and believing what they heard. What better example can one give to prove how much we can be drawn into propaganda, as a society? Hence, it is important not to forget our traditional and cultural values when there is propaganda present in our lives. 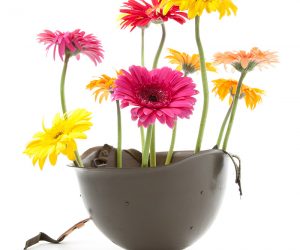