Articles
The Voice
In Conversation With . . . The Paint Movement

The following are notes from a conversation between Wanda Waterman St. Louis and Jason Loftman.

Our sound matured through rigorous hours of layering our musical ideas, working each one out to our idea of perfection with as much detail as we could get, bouncing ideas between us to combine them into what we define as our style.

The vibe of a song for us is usually determined by the person bringing it to the band. The mood and the tone is up for discussion as each does his part to enhance the song in the direction we each think It’s going. Influences are a big part in helping us associate the different vibes we want a song to have.

For us rehearsal usually starts off with whoever is ready first and playing anything that comes to mind, be it a song we’ve been working on or just a random idea. From there everyone else syncs up when ready, warming up and getting into the groove of things.

A lot of the time this results in random writing. Depending on what we’re practicing for we either put together a set list and go through it to get a feeling of how the songs flow or we target different songs specifically, only going over what we think is necessary.

The beginning of the process is always changing but usually ends the same way. One person or however many people coined the initial idea, be it a single riff or a full written piece, brings it to the group and then we play it out, following the songwriter as well as incorporating any of our own ideas that we believe would work for the song. We play it out until a structure is constructed. 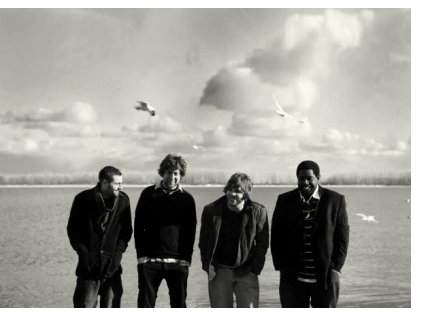 Then, following the structure, we continue to play through the song time and time again, collaborating with different ideas we each feel would enhance the overall tone, shape, style, and vibe of the song. The writing process is never finished, even after a song is considered suitable for live shows. This helps keep the song progressing to the final vision that will be recorded.

What do you need in order to be creative?

For me the band Mars Volta has been a great influence, especially because of their integration of traditional orchestral/jazz instrumentation into a deep, vibrant rock feel. As a saxophone player It’s great to see the multiple tiers that can be reached with interpretation of sound.

I grew up in Mississauga, Ontario, from start till now. The playground is where I spent most of my days as a child. I went to the Royal Conservatory of Music for 12 years.

I played in multiple school bands and jazz bands and in school I took courses for saxophone and vocal practice for seven years. I was also a DJ for 89.5 CIUT for four months.

Quite a bit is on the horizon for the band. Working with Nevado Records is at the forefront of what’s next. The big thing is going on tour in June.

Discussions have already been circulating of some side-project recordings band members want to do, and also finding more musicians to work with.