Columns
The Voice
In Conversation with In Light Of

In Light Of is a Canadian post-rock duo that crafts wise and soothing sounds by trading musical ideas via smartphone. In preparing to create a set of tracks, Sandy Johnston would send Jason Greenberg song ideas and then Jason would refine them, flesh them out, and send them back. Their first single, “Bless Your Heart,” became the opening track of their debut EP, Little Treasures, released in November 2016. Sandy Johnston and his wife recently welcomed the birth of their second child, so Jason Greenberg was nice enough to answer our questions about the duo’s unique collaborative method and musical style.

Your music is deeply comforting but never complacent. Did you actively cultivate that or did it just develop as part of the musicmaking process?
There really isn’t much thought in moulding the music into what it turns out being; we try to let things turn out how they turn out without much planning. Sandy and I work well together because our styles blend nicely without really deciding the direction of the music. It just turns out how it turns out and we both are generally happy with the result.

Describe your musical backgrounds.
Music has always been a massive passion of mine, I studied piano from a pretty young age, and finally at age 14 I finally took up guitar, fell in love instantly, and never turned back. Since then I’ve pretty much devoted my life to music. We both played in various bands growing up, but we didn’t know each other at the time. I went to school for music and have been working in various capacities in the music industry since I graduated. Sandy has had more of a part time role in the music world with his various music projects.

What was the most mesmerizing musical experience of your life?
Personally that would be playing my first show with my first band June, and also when I wrote my first indie electronic song, “Turning Point,” for my personal solo artist project Repose; that was a turning point in my life, as the name states.

What’s the story behind “Bless Your Heart?”
The original ideas for “Bless Your Heart” were recorded the same day a close relative of a good friend (of Sandy’s) passed away. She was famous for her unrelenting sweetness and her tendency to shout, “Bless your heart!” upon recognition of a loved one in her presence. The title only seemed fitting.

Is your work influenced much by personal pain or trauma?
It’s really hard to know exactly where the music comes from, especially with instrumental music, since it just flows out and It’s a mystery where exactly the influences stemmed. For me, personally, music seems to be my outlet to clean out my system so to speak. I’ve noticed my music is becoming more positive and hopeful throughout the years, so it looks like things are getting nicely cleaned up.

What conditions do you require in your lives to go on being creative?
Time is the biggest hurdle these days. I had a daughter eight months ago and Sandy just had his second son, so things have been a little hectic. I guess I can appreciate making music more when time permits. As I write this, my daughter is in my lap trying to hit all the keys on my laptop (haha). Sometimes the same happens when trying to write music, which can definitely yield some interesting results when She’s hitting the piano while I’m playing.

What do you feed your muse? Are there any books, films, or albums that have deeply influenced your development as an artist?
Listening to music is always the best way to feed my muse. Some go-to albums include Apparat? The Devils Walk, Helios? Eingya, and Phoria? Bloodworks, to name a few.

Travelling has always been my biggest form of inspiration, and I try to leave the continent at least once a year to keep things flowing.

If you had an artistic mission statement, what would it be?
To try not to control the music stylistically and to do whatever possible to allow it to flow out on its own as this process should be as natural as possible without trying to make it fit any pre-derived preconceptions.

Tell us about your current and upcoming projects.
We are both working on two projects at once. My personal project is Repose and I’m currently working on my third album. Sandy’s other band is Dark Mean. We also have our next In Light Of album in the works, but It’s still a ways away. 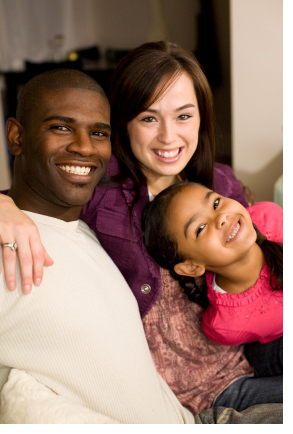 RE: The Flip Side of Puritan