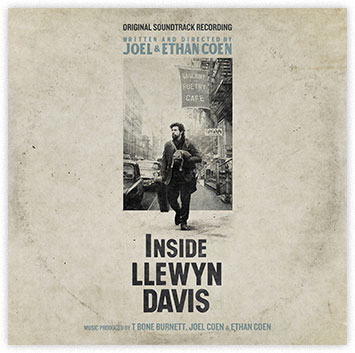 Songs won’t save the planet, but neither will books or speeches.
Pete Seeger

By the mid-70s, I wanted to get out of the business. I was tired anyway.
Dave van Ronk

The fact that the soundtrack for this film was made available online slightly before the film made it to most theatres makes reviewing the music first, if an evil, a necessary evil. I have enough confidence in (read: adoration for) the Coen brothers that I can safely say this is probably a humdinger of a movie, so I’m going to plough ahead and say a little something about the soundtrack. A Mindful Bard piece on the film itself is sure to follow as soon as I can manage to watch it.

This soundtrack is a period-true depiction of the kind of folk music that saw a revival in the late fifties and early sixties and that somehow managed to survive the British Invasion (albeit with greatly diminished popular support). Greenwich Village songsters did covers of a motley collection of traditional subgenres, represented on this album by historical ballads (?Hang Me Hang Me? and ?The Death of Queen Jane?), bluegrass (?The Roving Gambler?), Old Tymey (?Green, Green Rocky Road?), gospel, spiritual, cowboy, Celtic, sea shanties (?The Shoals of Herring?), and protest (on this CD a very clever and appropriately silly original tune??Please Mr. Kennedy?).

The original tunes penned during this period comprised an attempt to carry on these same musical traditions while adding introspective elements in keeping with the new counterculture’s quest for meaning. It was these new songs and their inward gazing quality that formed the ground floor of what we know as folk music in today’s western industrialized society. But this singer-songwriter-based music has continually referred back to the past for inspiration, especially when current circumstances turn us off what’s happening now.

For example, after the British Invasion rendered the economics of American folk music precarious, the tragedy at Altamont drove a second, lesser revival of American roots music in all its incarnations. It pushed the American wing of the counterculture away from British-style rock and back to the past and a deeper investigation?and reinterpretation?of American music’s folk roots.

This was the foundation for the long-term tradition of singer-songwriters (often falsely termed ?folksingers?) that remained small but ended up among those musical genres that, like jazz and classical music, almost required exclusive obeisance. But folk music went even further than these in practically dictating a lifestyle and political bent to its aficionados.

On the down side, the folk tradition spawned some of the most contrived, self-righteous drivel imaginable, and this album carries elements of that as well (?Please Mr. Kennedy? is a brilliant spoof of anti-Vietnam songs). Such songs don’t comprise a blight on this great collection?they were indeed a part of the quite marvelous big picture and deserve commemorating.

But the best bits really do carry all the atmosphere of those old recordings I used to borrow from the bookmobile as a child. From artists like Buffy Ste Marie, Leonard Cohen, Joan Baez, and other acoustic minimalist folksingers of the sixties, which reminds me of the days I’d come home from school, lay a platter on the stereo, and chill out in the armchair with pot of chamomile tea and small plateful of cheese and crackers.

Some of the songs are even the same. There are a few original tunes here but most are very authentic arrangements of traditional tunes. Many of them form part of the repertoire of the divine Dave van Ronk, songs I’ve been hearing since childhood (I once had a Labrador retriever who I trained to dance to ?Green, Green Rocky Road?).

The song selection is brilliant, lead actor Oscar Isaac sings and plays the tunes himself, superbly, and the recording makes it all a delicious blast from the past.

And as if the singular musical achievement of the soundtrack to O Brother where Art Thou were not enough, the Coen Brothers and T-Bone Burnett apparently have enough chemistry to showcase America’s rich musical history for films galore. (Please guys, don’t forget Tin Pan Alley, dixieland, swing, and cajun. Please.)

Inside Llewyn Davis (soundtrack) manifests seven of the Mindful Bard’s criteria for films well worth seeing:

1. It’s authentic, original, and delightful;
2. It poses and admirably responds to questions that have a direct bearing on my view of existence;
3. It provides respite from a sick and cruel world, a respite enabling me to renew myself for a return to mindful artistic endeavor;
4. It’s about attainment of the true self;
5. It displays an engagement with and compassionate response to suffering;
6. It gives me artistic tools; and
7. It makes me appreciate that life is a complex and rare phenomena, making living a unique opportunity. 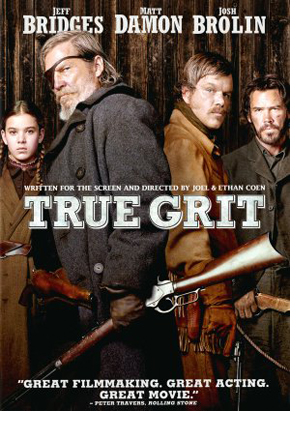