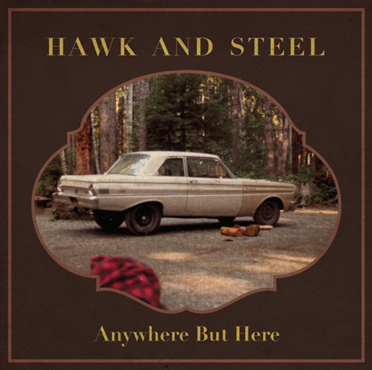 Music is shaped by the world around us. Each trip, every change, even the smallest journey influences how we listen to and interpret music.

Musicians also draw from the world around them for inspiration. Hawk and Steel’s music is guided by the imagery and stories of the Alberta prairies and road trips through the Rockies on a journey to Victoria, B.C.. Their sound is a combination of folk and rock with a distinctive country flair that, having done that trip myself, reminds me of the open road, small highway communities, and the staggering beauty of that area.

Based in Victoria, B.C., Hawk and Steel have played several venues in Victoria and throughout Alberta since forming in the band in 2010. Anywhere But Here is their second album, due out June 23rd, and their music is very similar to Blue Rodeo.

The songs on Anywhere But Here are very similar to one another, which I found disappointing. The music varies only slightly from one track to the next, which doesn’t demonstrate to listeners the extent of a band’s capabilities. The members of Hawk and Steel are obviously talented, but they fail to play with their sound or experiment with creating something that is all their own. Also, other than the occasional change in tempo, it sounds like the same notes are repeated over and over, and the music fails to have any depth to the sound when some may be appropriate. The only exception is “Lie to Me” where a brief, chaotic instrumental is interjected into the song. But overall, I find that the album is dry, flat, and not very exciting.

However, the lyrics in each track are rich with stories and life experiences. As well, the guitar and drums are very strong and well played, and they are expertly accompanied by the keyboard.

“Maps” is perhaps the only song I really enjoyed on this album. The tempo changes frequently from upbeat and seemingly erratic to steady and rhythmic, adding the variety that is missing from the remainder of the album. However, the song is unusually short, at only two and a half minutes, and the lyrics last for only a fraction of the song, meaning that the song is mostly instrumental. But the music does remind me of driving down the highway and lazily watching the landscape whiz by.

Hawk and Steel is a relatively young band; still working with their sound and honing their skills. Perhaps with more experience and a willingness to experiment with their music and instruments they can create a sound that is distinctly their own; one that captures the variety of the world that they draw their inspirations from. 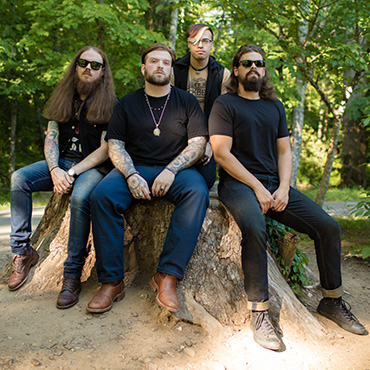