Articles
The Voice
Get Out and Vote 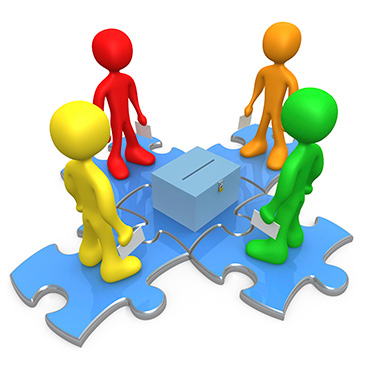 With the world being filled with various politicians campaigning, and our own student union running an election, I think it is important to stop and consider the power of our single vote.

While politics are not my strong suit, I never miss an opportunity to have my say; whether voting in town elections, federal government, provincial government, or student unions. Our right to vote should not be taken lightly. It was not that long ago that a large portion of the population could not vote. Even today Canadian citizens who live out of country are fighting to keep their political voice through their vote. According to a friend who has decided to live and work out of country, she was informed that she was ineligible to vote in the upcoming federal election. It was impressed on me from a young age the importance of voting; since turning 18 I have never missed an opportunity to have my say.

I have seen a few cartoons showing statistics of voter turnout, which has been poor in the last few elections. A sentiment I often hear is that people figure their single vote will not make a difference. But, consider, if you are thinking that, how many others are thinking the same thing? If everyone who was eligible to vote turned out to vote the political world could change. If everyone stopped being passive observers about the way that the government (or student union) was being run, and took their opportunity to vote, a change could be made.

A way that it was described to me, was a single ant may not be able to achieve something on their own, but a whole colony of ants can move the world. In numbers we have power. In sheer volume of voters we should be able to have an influence on how the government (or student union) will be run in the future. And if each of us who believes in the importance of voting discusses this with one person who is passive and convinces them of the importance of voting, then we have made a difference. The way in which they vote is not important (nor anyone else’s business) but that they used their vote.

When I met my husband he did not believe his voice would make a difference; he did not participate in the voting process. We had many debates about it. I was not going to drag him into the voting centre if he really did not want to, but I was going. It is important to me, especially as a woman, to not let the sacrifices of those before me go to waste, to not toss my vote aside like it is meaningless. Since our debates, my husband has become active in voting and making sure his voice is heard, he also discusses the importance of voting with others and has convinced a few that they should make their voice heard. If everyone who does not normally use their vote uses their vote now, then, through sheer mass, those single votes will matter.