Articles
The Voice
Editorial—Minds we Move on to

When I first took up the role of editor here at The Voice Magazine, one of the things I wanted to do was increase the amount of student related (as opposed to merely student written) content.  To that end, I did a number of general interest interviews with tutors at AU and started the Meeting the Minds column.  Then along came one of The Voice Magazine’s readers who noted that it would be great if, along the same lines as interviewing the tutors, the magazine had interviews with students as well.  To which I replied, “Sounds great, go for it!”

Thank goodness she did, as that reader, Barbara Lehtiniemi, has since become the writer I rely upon the most for content that fits my original thoughts around writing directly relevant to students.

She moved away from the Minds We Meet column some time ago, but it’s such a great idea that I keep trying to find new writers who are willing to keep it running.  Of course, one of the difficult things about having a student written magazine is that, sooner or later, students graduate, or flunk out, and many of them then move on to other things in their li ves.

And that’s as it should be.  But it means that, once again, as our own Laura Nelson approaches her graduation (and the insane workload that comes with trying to plough through those final courses) I’m looking for a new writer to take up the Minds We Meet mantle.

The job isn’t very difficult, it’s simply to have a conversation with someone you don’t yet know, but know you at least have one thing in common with—you’re both going to Athabasca University.  Then you write that up, cajole them into a sending a picture (way easier in the time of social media when it seems everybody and their dog has a camera in their phone) and you earn a bit of cash, they get a few goodies for helping out, and the students of AU get a little more insight into just who all their fellow students around them are—even if they never see them.

If that sounds alright to you, get in touch with me at karl@voicemagazine.org and I’ll tell you more and maybe even be able to give you a lead or two to get you started.  Hey, why leave that money on the table, right?

And speaking of money being left on the table, our feature article this week is about the AUSU upcoming awards deadline.  AUSU always budgets to give out the full amount of awards they’ve created, and they always come in under budget in that category.  This means that there’s money there that they want to give, they just don’t have enough people trying to get it.  Even though the awards deadline isn’t until May, some of the awards do have requirements that mean you need to get started early.

But maybe you think to yourself, “I don’t really need the money though, I should leave it for someone more deserving,” because you’re a truly noble person.  (Or maybe you’ve just taken the advice from our “Survival in the Garret” series, which gets another instalment today)  And that’s great. But AUSU’s already budgeted this money.  They want somebody to have it; it makes them feel good to give it away.  So why deny them that opportunity?

With that thought in mind, enjoy the read! 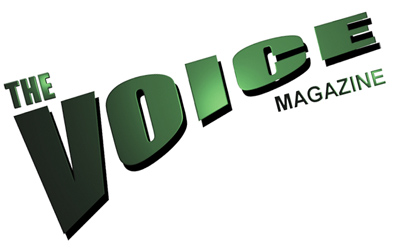 Opinion: Value of The Voice Magazine