?Perhaps all music, even the newest, is not so much something discovered as something that re-emerges from where it lay buried in the memory, inaudible as a melody cut in a disc of flesh. A composer lets me hear a song that has always been shut up silent within me? – Jean Genet

The following is a list of the motley crew of performers who didn’t set me on fire when first I heard them but who now rank among my most frequently played iTune tracks: Gordon Lightfoot, Robbie Robertson, Diana Krall, Washboard Hank, Billie Holiday, Stephan Eicher, Jacques Brel, Holly Cole, and now, Jimmy LaFave.

Cimarron Manifesto was my introduction to Jimmy LaFave, who apparently has had quite a following since 1990. On the first and second hearings there was nothing that stood out?no new vistas, no experiments, no rare insights. It was Van Morrison meets Bob Dylan meets that sweet balm of Gilead, the Austin sound.

But the musicianship, the tight and luscious sound production, and especially LaFave’s voice drew me in, and as I went on listening I discovered in the lyrics the most original expressions of love, compassion, mourning, and ecstasy, as touching as anything the creator might sing, had the creator decided to come to earth a singer-songwriter.

Jimmy LaFave has been wounded by beauty. The wound is in his voice and the songs he writes, songs about highways and love and loss and redemption. These songs harbour an aching nostalgia for a time when America’s triumph-of-the-lonesome-cowpoke mythology transfixed the world from movie screens and radios, when America could pride itself on being, at least in the eyes of foreigners, newcomers, and the hopelessly naive, a land of milk and honey, of opportunity and tolerance and wholesome family values.

LaFave’s songs also grip the bitter grief of ordinary Americans betrayed by a power-hungry elite that still pretends to represent them in their longings for universal justice and freedom. At the same time his songs let the grief go, admitting that despite all the pangs of woe it is still a beautiful world with marvellous creatures in it. 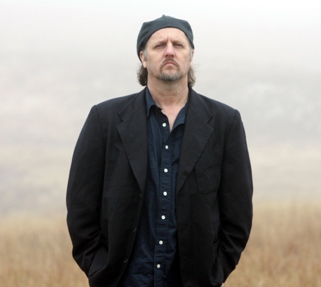 The great singer sings each word as if he or she means it, has lived it, has felt it down deep. The great singer knows which words to draw out and ornament and which to simply glance off or even leave out. The great singer is not all about trills and runs and range, but won’t hesitate to use them if they help reveal the significance of the words.

Jimmy LaFave is a great singer; he makes you hear new things in old and oft-repeated songs, pulling out a significance that even the songwriter couldn’t unveil in the original cut. The Genet quote above is as true of singers as it is of composers; look no further than LaFave’s interpretation of Dylan’s ?Not Dark Yet? for a stunning embodiment of such revelatory singing. And his cover of Donovan Leitch’s ?Catch the Wind? is the most beautiful hymn to an unattainable love since ?Layla,? something we somehow missed when Donovan’s version was first released back in 1965.

In the end, there is some divine mystery behind LaFave which he does not claim to understand but which nonetheless he welcomes with open arms:

I saw a light shine through my window
The universe called out my name
I woke up on a lonesome highway
That turned into a shady lane
Just what happened here
don’t ask me.