On December 10th, the last public Council meeting of the year was held. President Shawna Wasylyshyn and Councillor Pierre Plamondon were both absent with regrets, so VP External & Student Affairs, Colleen Doucette took up the duties of the chair for the evening.

Once the agenda was approved, there were two sets of minutes Council had to approve. Why two? Because AUSU has begun, once again, to hold working meetings (although we were informed that that name wasn’t quite the right one, more on that later).

There were two major items of interest to students that came out during this meeting. The first being that AUSU has decided to renew its membership to Lynda.com for three years, meaning that AU undergraduate students will continue to be able to access the variety of courses at Lynda.com.

And while those are the biggest items of note, there was, of course, a lot more that happened during the meeting. If you’re interested in the details, read on.

The largest section of the evening was taken up discussing changes to the various elections policies of AUSU. Each motion was carefully worded to ensure that AUSU Council is now adhering to the bylaws and polices governing changes to elections, which means that Council needs to make sure that students have ample time to read and send in comments to Council before the changes become official.

Sometimes, however, the main issues can lead to side issues. In this case, one of the things that was noted and discussed is that AUSU has, in the past, avoided making reference to specific numbered points or policies. The idea being that if those referenced policies changed later, it could make the original point non-sensical if the reference wasn’t also changed. You may have seen this in some of your courses, with study guides references specific pages in certain texts?pages that have changed when the new edition came out, but nobody remembered to update the guide.

Executive Director, Sarah Cornett, suggested that this was more an administrative problem than one Council should have to worry about, and Council in general seemed to lean toward preferring to have the specific numbered references in place.

As for the elections policy itself, the changes listed were, overall, mostly tidying changes, with no substantial changes to how the elections are going to be run. However, don’t trust me on this, check out the new policy on your own on the AUSU website.

The next issue Council dealt with was how their executive elections are held. The one change made here was some more definition about what happens when a President of AUSU leaves. Over the past year, there’s been some disagreement as to whether the VP External, who takes over the office of the President, does so for the remainder of the term, or just until an election for a new President can be held by Council.

Tamra Ross argued the case that there should be, and has been by precedent, a new Executive Election for the President’s position if the President leaves. Kim Newsome argued the opposite case, that because Council elects a VP External knowing they could become president, the new President should maintain the position. Other points of discussion were what if the VP External was only interested in the External and Student Affairs role, and did not want the Presidency as a long term role, and what happens in the event that the President has left because the Executive is dysfunctional and Council may wish to change more than just the President out.

A solution was found when it was suggested that the VP External not be allowed to serve out the remainder of the term as President unless Council ratifies that decision before the executive election. Again, if you’re interested in the details, you can see the new policy for yourself on the AUSU website.

The third elections related issue was that of by-elections. There were two substantive changes made to this policy, the first was that being required by policy to hold a by-election within 60 days of a general election was probably too close to really allow the by-election to be meaningful. Council expanded that to 90 days.

The second change was a reaction to the situation AUSU went through earlier this year, where it did not have enough Councillors who were able or willing to take on Executive roles, so was unable to call a meeting until they had held a by-election, but did not hold that by-election for a couple months. The new point in policy requires that a by-election be called within 30 days of AUSU Council finding itself with an unfillable vacancy on the Executive.

The next discussion came around AUSU deciding on whether to renew the membership to Lynda.com that allows all current undergrad students to take any courses from the educational site. Three options were presented to Council, a one-year subscription for 1000 users at a cost of $33,500, a three-year subscription for 1000 users at a cost of 29,400/yr, and a three-year subscription for 2000 users, which would cost 36,900/yr. After come discussion, Council decided that 1000 users was probably sufficient, as those numbers only include current students, so a student who graduates during the year does not need to count against that user-limit. It was noted that Lynda.com does offer the option to increase the number of users in the plan, if need be, for the additional fee. With that, Council approved the option to sign up for another three years of Lynda.com services for 1000 AUSU members at a time, at an amount which fit nicely within the $30,000 AUSU had budgeted for Lynda.

It was during this discussion, specifically about how AUSU would manage the student numbers for Lynda that the point about Athabasca University soon offering emails was brought up, as VP Finance, Brandon Simmons, mentioned that AU has said that email addresses will happen, and currently hopes to start rolling them out to students in the new year.

That was the last item discussed as policy. Next up came the information items and reports. In there we learned that AU is finalizing the programming that will remove the option for students to sign in to the AUSU Health Plan, formally ending something that I, personally, had a lot of hopes for. We were also told that the service standards survey had received approximately 509 responses and that AUSU had ordered 500 2016 planners to be given out to students, and had already received some 400 orders. The new planners are no longer designed in-house at AUSU, however, so it remains to be seen how students like them.

At the end of the meeting, Council held an open session for questions. Student Barb L. asked about the second set of minutes that Council approved. This set of minutes, as it turns out, came from a non-public meeting that Council held at the beginning of December. It was explained that this was less a working meeting than a discussion meeting, and these would be called on an ad-hoc basis as a way for Councillors to brainstorm and work out general goals and policies. They aren’t being made public to make it more comfortable for Councillors to put out all kinds of ideas and discuss them. This is not a new development; previous Councils also would have what they called working meetings for essentially the same purpose. What is new is that the new discussion meetings are being minuted and any decisions made are properly voted on and then brought forward to a public meeting for ratification.

It wasn’t a short meeting, ending about two and a half hours after it started at 4:30pm, but it certainly wasn’t the longest I’ve been at either.

Karl graduated from AU’s Bachelor of Arts Program (with Great Distinction, he likes to brag) despite leaving most of his course work to the last month of his contract, every time. While not the most intelligent way to go about it, it did prepare him for the task of getting The Voice Magazine out every week. 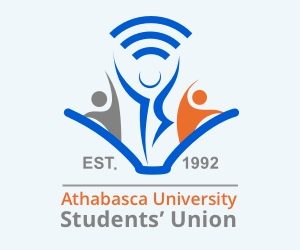 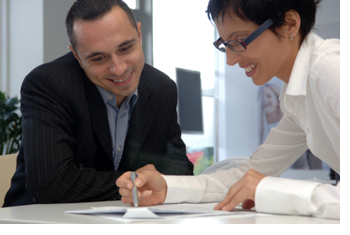