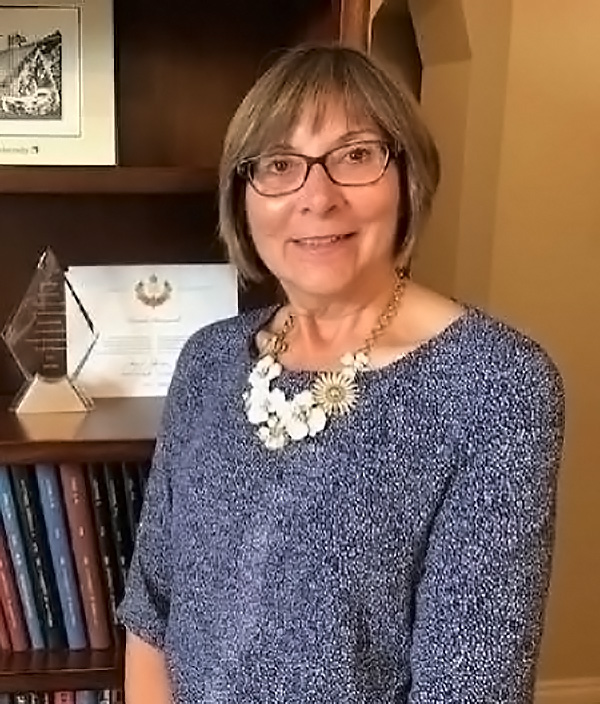 So tell us about yourself, where are you from and what drives you?

I was born and raised in a small town called Whitemouth in Eastern Manitoba.  It had 300 or so people.  It most likely has the same number of people now as when I left.  My dad was born in Germany.  He came over when he was 2-years-old.  My mom was born in Canada.  I went to a public consolidated school in Whitemouth.  I participated in almost every sport and club.  I wanted to keep busy.

I attended the University of Manitoba for my undergraduate degree in nursing and worked in public health in rural Manitoba for five and a half years after I graduated.  Then I went back for my Master’s in Nursing, also from the University of Manitoba.  I worked as a clinical nurse specialist in St. Boniface General Hospital in Winnipeg.  It had the largest geriatric wing in Manitoba.  I was there for a few years and then became an executive director for a community health organization.

While at the U of MB, I was Associate Dean in the Faculty of Graduate Studies.  I oversaw the development of new innovative programs, program evaluations, and new projects across all the graduate degree programs.

Then an opportunity arose through AU.  They were looking for a Dean of Graduate Studies.  I was successful in attaining that position and so moved to Alberta.  That was 10 years ago.

At that time, my husband was a practicing lawyer, had his own firm, and, as well, was a member of the Legislative Assembly in Manitoba.  He ran for election and had won three elections.  He was an MLA for 9 years.  He finished his term and had to sell his law practice and building prior to relocating to Alberta.  That was two or two and a half years after my moving here to Alberta.

We have two daughters and four grandchildren.  One daughter still lives in Manitoba.  The other is in Calgary.  One of the activities that my husband and I did that we are very proud of was the creation of a food bank outside of an urban centre.  This was in 1991.  At that time, the Chretien government was in power and pledged to reduce and eliminate poverty in Canada.

We were on holidays visiting my husband’s brother in California.  We went to the shopping center to buy some snacks.  There was this woman with a sign saying, “Will work for food.” That was the first time that it alerted me to the fact that, “Hey, there are people who are struggling to for basics such as food.” Both of use were shocked and dismayed at how ignorant we had been.

When we returned to Manitoba, we started to gather some stats.  And yes, poverty existed with people living considerably below the poverty line for significant lengths of time.  There had been food banks started in major centres with one in Winnipeg called Winnipeg Harvest.  Rural areas tended to be ignored.  People seemed to have the perception that rural people could grow their own food and that would sustain them.  But a lot of people do not have gardens.

Rural areas tend to have lower incomes and poorer health status compared to people in urban areas.  There is also a lack of access to healthcare.  We started newspaper campaigns for about 6 to 8 months before the food bank opened its doors.  It took a long time and a lot of work.  Our daughters were small at that point.  It took about eight months of publicity in the paper about poverty, in-person presentations on the need for a food bank, and to answer criticisms about providing food at no cost.  We contacted groups such as the Co-Op, the hockey teams, the 4H clubs, the rural municipality, the town, and at least 40 other groups.

It became the first food bank outside a large urban center in Canada.  Shortly after that, we received donations for the food and the equipment – e.g., freezers, tables, chairs, shelving, and so on.  It was from individuals and groups.  That food bank is still going.  It is totally managed by volunteers.  There are no paid staff.  The food bank is totally supported by individuals and different organizations.  it.  Eventually, some of these groups started having food drives of their own, e.g.  the cadets, the Co-Op store would have their own event each year.  The community eventually adopted it.

After that, we were asked to help groups and share our policy manual with groups in other Canadian provinces who wanted to start a food bank We were nominated for and received the Governor General’s Caring Canadian Award.

Now, as the Dean of Faculty of Graduate Studies at AU, how has this background in gerontology, in community care, in nursing, helped build toward this position done by you now?

The absolute and relative number of people aged 65 and over is increasing.  By 2040, 20 to 25% of the population will be 65 and over.  It has largely been a neglected area.  It was an area that I enjoyed working in, when I was in public health and home care.  I visited a lot of people in their home.  They appreciated the home visit, the health teaching, and the informational resources that I had for them.  So, I decided to continue in that area.  Part of that influenced my work in the university, where I taught courses on gerontology and health promotion in older adults, I participated in the development of a gerontology course in the faculty.  My main goal is to erase ageism and ageist views.  I repeatedly tell students you can’t assume that the pain, confusion, mobility problems, or vision problems are due to aging changes alone.  Health and aging are very complex.  Always look for a cause other than aging, because there will be other influencing factors besides aging, that can be treated or reduced.

Certainly, the work with people in AU graduate studies through supporting researchers working in that area has helped tremendously.  I have been able to collaborate and work with them as a collaborator on some of the research done here.  I am trying to increase the awareness of faculty and students in that area.

When you are working with researchers or mentoring them, what are you bearing in mind as a professional – in terms of making the research go as well as possible and the guidance given through mentorship is appropriate for the individual for the research by them?

Partly, it is to find their goals and passion in the area of research.  I work with students and some have not necessarily been in gerontology, but have been interested in multi-method research, research design, or research analysis.  I look at their passion and goals.

When it comes to the Faculty of Graduate Studies, and as the dean, what are some of the initiatives or updates happening in later 2018, early 2019? How can students who are undergraduates about to graduate and enter graduate studies bear some of these updates and initiatives in mind?

I was the inaugural dean of the Faculty of Graduate Studies.  There was no website, no consistent regulations or guidelines across the faculties about how to select an advisor or guidelines for intellectual property.  My experience from the U of MB and as a student guided me.  I remembered my experiences as an undergraduate and graduate student and wanted to create a better experience for AU students.  I like the atmosphere and the collegial relationships at AU, which encouraged me to create a student-friendly and student-focused FGS.

Certainly, another priority was making them aware of awards and encouraging them to apply.  There are certain scholarships that cover their travel, supplies and equipment.  We have to continually remind them of these awards/scholarships.

I established a committee of faculty members that can review the applications and critique them.  We send them back to the students, so they can revise them and strengthen the applications to be competitive for a national award.

I started a graduate student conference.  The conference is held annually and is co-sponsored by FGS and AUGSA.  Students are strongly encouraged to submit an abstract, that is peer-reviewed before it is accepted.  I wanted a conference that would be modelled after the professional disciplinary conference they would attend as a professional but would have a supportive environment with fellow students and faculty members.  Because these abstracts are peer-reviewed, students have had them accepted at national and international conferences after that.

You may not know, but I am no longer dean for FGS but accepted the interim position as Associate Vice President at AU on July 1, 2018.

Congratulations! What are the tasks and responsibilities with the position?

There is less contact with students, which is disappointing, but there is still funding of student research.  The main purpose is to increase research capacity in the faculty members and increase the success in research proposal submissions.

It is helping them get resources to write research grants.  It is informing faculty of ways in which to include undergraduate and graduate students in their research.  We are one of the four research intensive universities in Alberta and therefore research is a high priority.

Has there been discussion between different domains of undergraduate and graduate life of AU – so the more motivated students can begin to build the early research careers?

Discussion on the development of an Honours year in the undergraduate program would be another strategy to have students ‘try out’ a small research project.  Greater advertising of the independent study or readings courses could be another avenue to introducing them to independent work.

When I took the initiative to seek out researching positions, people in the university were thrilled to see a student with an interest.  I am sure there are other students with similar interests but how do we connect with them?

That is simply another big potential area to inform our undergraduate students, particularly the program ones about other research groups, because a lot of them do not know that it is available.  AU is a very unique university.  The staff really want to help students become successful and reduce/remove the barriers they may have to learning.  We all know that having an education is one of the most valuable assets an individual can possess and is a major contributor to the health and quality of life of their family and their community.