Articles
The Voice
Editorial—Steps Need to Be Taken

My apologies to everyone for the lateness of this.  It’s entirely my own fault, but I’ve been entirely drawn in by the reports of the violence and riots, and the causes of them, down in Minnesota and Kentucky for the past couple of days.  I’ve been having difficulty wrapping my head around the events.  Not around the riots or the violence, those I understand all too well.

The difficulty, for me, is understanding the racism and violence that the black community in Minnesota, in Kentucky, in many US states, have been suffering for years.  You try to ask yourself how does this happen?  How does one group of people view another as so inherently inferior simply because of skin colour or country of origin?

Of course, you like to think to yourself, thank goodness that isn’t happening here, but then you have to look around and see things such as the treatment of indigenous peoples in Canada, leading to such things as the Truth and Reconciliation Committee.  And then you remember that the residential school system that many indigenous peoples were forced into, with all the horrors that were inflicted within, were still operating as recently as 1996.  Not even 30 years ago.

Then you look at recent hate crimes, graffiti, insults, thrown against people from other cultures, not years ago, but recently.  And you start to realize that all of this stuff you have such trouble understanding why other people do it, are still around.  We may be better in scale, we are not better in quality.

I don’t condone the riots.  I don’t condone the violence.  But at the same time, I understand it.  When these people who feel this oppression, have felt it for years, have been trying for years to get it addressed, when they see it remains so ingrained, so accepted that an officer of the very system that is supposed to protect them has absolutely no concerns with injuring or even causing the death of a man who was unable to resist, even though it was being recorded on video, when it comes crashing down on you the level of confidence the authorities feel in doing that behavior, I can understand why violence seems as the only response left that might have a hope of causing change.

And that needs to be a warning to us.  It’s not enough for us to say we dislike racism and would never do it ourselves.  We need to be on the lookout for it here in Canada, in our own communities, and call it out when we see it, condemn it when we see it.  We must never reach that level of acceptance of it that was shown in Minnesota.

What’s more, we need to demand more of our media, demand that they report on these incidents more , remind us more often of these things that are going on and not simply accept them as how things are.   That’s why I’m glad that AUSU has started the Ad Hoc Indigenous Representation Committee, as you can read about in the most recent Council Connection.  It’s a step.  It’s a step more than many other schools and students’ associations have taken.  And it’s a step needed to be taken.  1996.   Enjoy the read.

PS.  The PDF will be later tonight or sometime tomorrow at this point. Again, my apologies, but all the content of it is up here now.

The Struggling Student—Changing Your Life is Neither Easy nor Cheap! 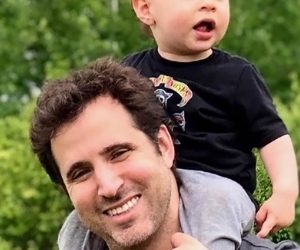