Features
The Voice
Academics versus AU 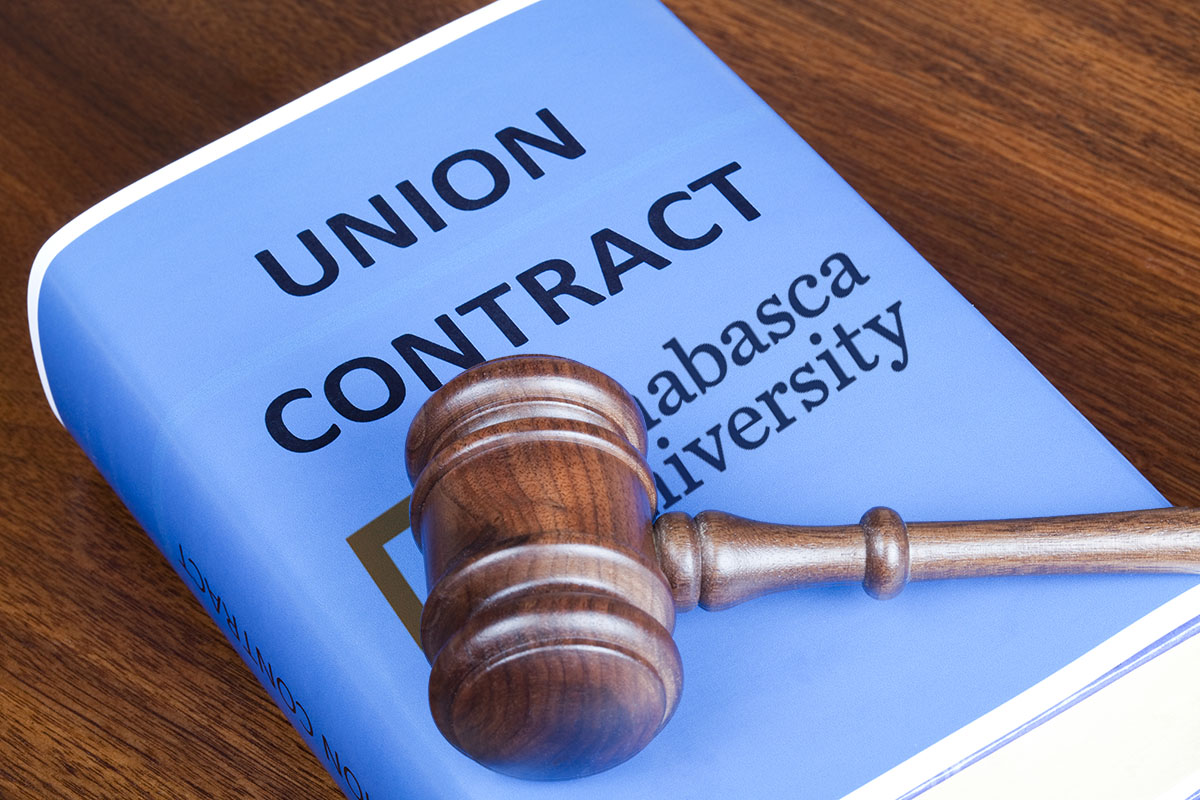 It seems like some friction is brewing between the university’s faculty union and the administration office.  In the last few weeks and months, Dr. Fassina and his department have been working on a review of their policy for Academic Staff.  Curious to find out more, I reached out to a source in the academic department to see what is going on.  My source was upset about this decision at the time of my contact with them, stating, “[It’s] the most short-sighted, evil thing AU is planning,” and offered to give me “a professional’s perspective about how demoralizing it is.”

I reached out to Dr.  Fassina and received a response from Charlene Polege, Chief Human Resources Officer.  In the response, Charlene clarified that the University is not de-designating the AUFA members (of which the professors and much other staff are part of).  She went on to state, “The University is undertaking a review of its policy surrounding the designation of academic staff.  The University’s policy on has not undergone significant reviews or revisions for some time, even though the University has undergone substantial changes in that time and despite changes to the legislative framework within which the University operates.”

Charlene further stated that the Alberta Government had passed Bill 7: An Act to Enhance Post-secondary Academic Bargaining in 2017.  The bill updates the meaning of designation, the idea being that all public post-secondary institutions were following the same Provincial Framework.  Ms. Polege also went on to state that the University had not reassessed the Designation of Academic policy in a long time and that the union partners we involved in the consultation process.

I also contacted Dave Powell, President of the Faculty Associate, to get his take on the matter.  He sent me a summary as well as a few links (see the references).  According to Dave, “AUFA is the union of AU academics and professionals.  There are a little over 400 of us.  AU is advancing a policy that would reduce the AUFA bargaining unit to less than 40% of its current size, leaving hundreds of members without a union.  They have refused to explain why they are doing this or admit to any intent.  If passed, this policy will have a catastrophic effect on hundreds of AU staff and severely worsen morale, labour conditions, and the quality of service provided to students.  Our working conditions are your learning conditions.”

According to the AUFA website, the Faculty Association was created in 1983 because AU was, and is, a unique institution.  The original policy was to be inclusive of anyone who was related to academics.  The Deans, Professionals, Professors, etc.  were all bundled into this association and have had a nearly 40-year history, at least until Sept 11, when they will all learn their fate.  If the University’s Board of Governors approves the proposed changes to the current policy, which is to be in line with Bill 7 from the UCP Government, the AUFA says the Faculty Association will have less bargaining power, not more, as the Government and the University is proposing.

In my exchange with Ms. Polege, I had asked how they respond to accusations that the University is attempting to union bust.  Her response was, “with respect to your question regarding union-busting, the allegations are quite simply false.  The University continues to honour its legislative obligations through the consultation and review process, and I can confirm that no decisions or changes have been made with respect to the designation of any employees at AU.  The policy and related procedure are still in draft form and have not yet been presented to the Board of Governors for consideration, review, approval or rejection.”  Yet, Mr. Powell responded with, “We have completed consultations, which AUFA maintains were shallow and insufficient.  An updated version of the policy  was sent to us.  Some ground has moved, but it still would remove most of our members on the face of it.  The additional criteria they have added may or may not be used and have no real weight to them.”

If you’re currently a faculty member, Sept 11 will be even more significant than it already is.  We hope that both sides can come to an equitable agreement where everyone gets what they want.  After all, our University has classes like ORGB 364 – Organizational Behaviour.  In ORGB 364’s textbook there is a section titled Interpersonal Conflict Handling Styles.  Problem-solving is the first style listed and is defined as finding a way to benefit both parties and is also known as win-win.  Perhaps a quick read of this might help.

I’m a student in Business Management and a stay at home parent to my three kids, with my diploma from NAIT’s culinary arts school.