Throughout this pandemic, increasing reports of systemic inequality, violence, and disregard for those most vulnerable in our communities have become the focal point in mainstream media.  In many ways, these reports underscore the reality that the pandemic has proven to be the breaking point in a historical record filled with inequitable treatment, racism, prejudice, xenophobia, and ableism.

In spite of this, activism, organizing, care-mongering, and community building efforts continue on a grassroots level.  This pandemic has highlighted the importance of community care, with many individuals dedicating themselves to creating a more equitable space for all, often starting with acts of kindness.  At AU in particular, two students have been creating positive change in their respective communities, including recent MAIS graduates Camille MacRae and Anne Turner. 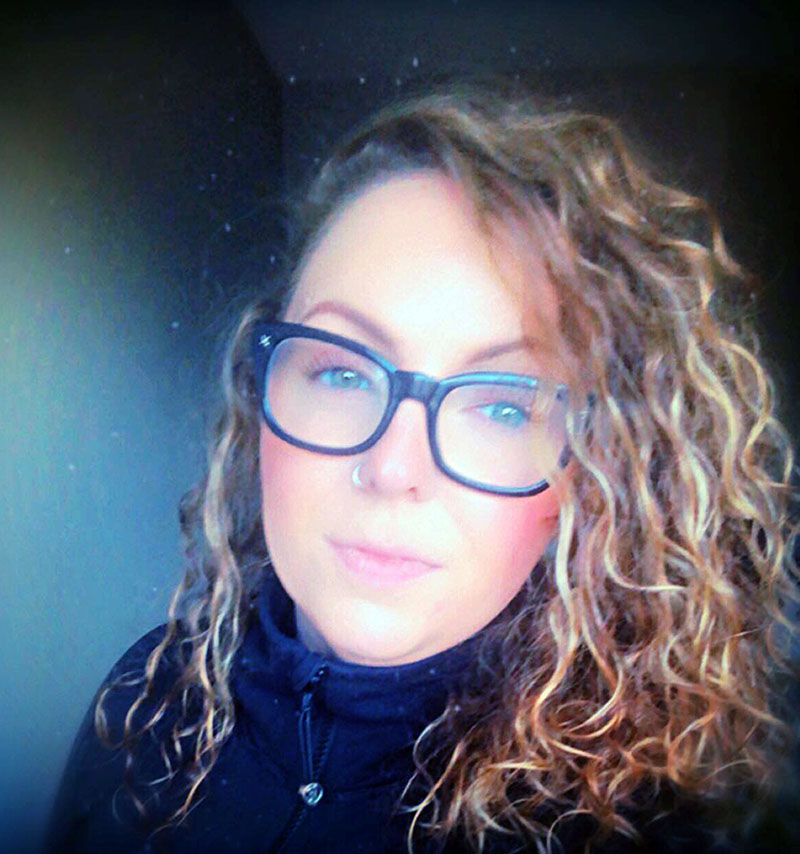 Camille MacRae recently graduated from the MAIS: Equity Studies program this August after completing the Bachelor of Professional Arts in Governance, Law, and Management in 2019.  Since graduating, she has been working for the federal government and volunteering “on a provincial level in a political organization.”

A mother of two, Camille began her educational journey shortly after leaving an abusive relationship.  She stated, “Having access to flexible education was huge for me because we were starting off brand new with me as a single parent.  No one really expects to be in that phase of life.”  She continued, “The education itself was transformative, it was healing, it was empowering, [and] it gave me something to focus on sometimes when other issues related to my personal life were scary and overwhelming.”  Camille emphasized, “I think it is very important to destigmatize anyone’s shame or fear of speaking out.”

In addition to her career and volunteer work, Camille is currently traversing COVID-19 by homeschooling her children, adding “to the list of all the hats that women and a lot of individuals who are caregivers . . . are wearing.”  She is also “trying to stay true” to what she focused on during her thesis, namely “the power of fear that leads to oppression and isolation.”

Specifically, Camille’s thesis, “Confronting Oppression Through an Interdisciplinary Understanding of Individual and Collective Fear,” states that “No one is free from the causes and effects of fear, oppression and privilege,” and adopts “an interdisciplinary approach to these global issues,” in order “to achieve a holistic understanding of fear and its complex causes and effects; we can effectively address oppression through this holistic understanding.”

Camille stated, “When COVID hit, I wanted to make sure that I was doing . . . what I could for the community.”  She explained, “I never really got into politics before but after my experience with . . . leaving an abusive marriage, it really opened my eyes to the gaps in outreach, the gaps in access to services.” She continued, “I know that no one government, politics aside, non-partisan wise . . . is going to want to be failing their citizens.  But without a lens of lived experience and intentional access to individuals with lived experiences, there is no way you are going to have a comprehensive and aware set of public policy and services.”

Camille saw value in her local NDP MLA Thomas Dang’s work and decided to volunteer in community outreach.  “I knew that if I was volunteering with him, I would be having direct access to everyone who lives around me.”  In mid-March, Camille began calling constituents to see how they were faring, finding “that there were a lot of different experiences.”  Often many individuals were angry at the situation and confused about next steps, especially “access to the provincial emergency resource that would float them to CERB.”  She stated, “A lot of people simply needed to feel heard . . . At least they know that someone [within the community] cares.”

She felt prepared for this role by her Bachelor degree, which “really gave … a lens to academically pick apart the way that a municipality, or a province, or the country is run.”  She continued, “It gave me the empowerment to decide that I was ok with aligning with a political party.”  In addition, the Equity Studies program also allowed her to become increasingly community focused, by using her experiences and confronting her privilege.

When asked what she hopes to accomplish through her community work, Camille stated, “It may seem minimal, but creating healing and restructuring the connection and the ability and the potential for connection within the community.  No matter where your political views align, no matter where you are socio-economically, at the end of the day, I think that COVID has been a massive wakeup call to many people that existence can change within a second.”  She mentioned the importance of speaking about the effects of mental health and the importance of connection during this time, something that she noticed while making phone calls for her MLA.  “There’s fear with connection. We see this a lot with the social justice issues that have come up lately, that have, not even come up, but boiled to the surface and demanded their attention.  Rightly so.”  However, “what you see is all these fractured relationships between society with so many different lenses.”  She continued, “Ultimately, my goal is to be on the right side of the rebuilding of connection and community.”

As a final note, Camille encourages students to get involved. “If you feel a call to anything, no matter what it is, a big step outside of your comfort zone, a little push to engage with someone, whatever it is, just don’t be afraid to go for it.  Even if it’s deciding to further your education, even if it’s applying for that job, just don’t limit yourself, and don’t stand in your own way because how else is the world going to access what you have to offer.”

From her simple start as a volunteer, Camille has recently moved on accept a position as the Executive Director of Outreach for the Alberta NDP Gender and Sexual Diversity caucus.  She stated that without healing from her relationship and “coming to understand my own self” and recognizing that “I’m queer or gay . . . I would have never had the opportunity to take an active community role in that, if I hadn’t have started with our local constituency association.”

By trusting herself, “following my gut and answering that push,” she found, “Now here I am.  Honestly, the woman that I was back in 2014, when I tried desperately to get away from something so bad and so dangerous, I almost hold her externally, but I still have so much love for her because who I am now I think I’d intimidate … who I was then.”

Camille’s final advice to students: “Just go for it. Trust that you’re going to be ok. It might be a little scary … The world is waiting for you to offer what you have to offer.  And if you don’t do it, we’re missing out on it!” 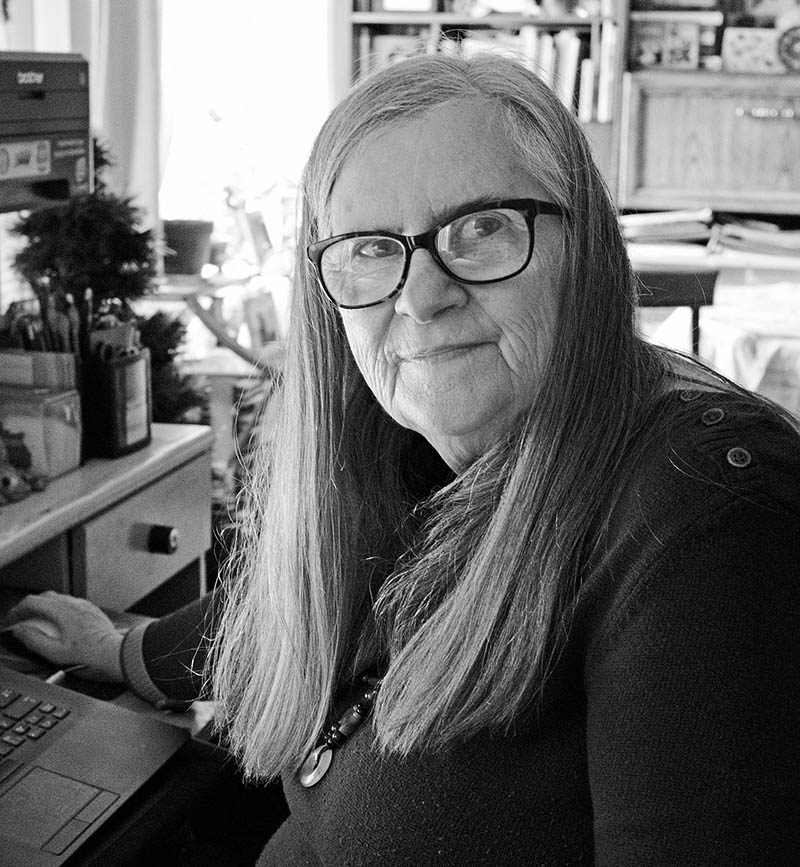 Anne Turner also recently graduated from the MAIS program, and has also just self-published her thesis research, titled “The Effects of Normalizing Post Secondary Institutional Practices and Social Relations on Students with Disabilities who have Multiple Disabilities and Complex Identities,” along with some of her writing and art.  Her book titled, Don’t Say that You Can’t Do This! is now available.

Anne began the MAIS: Cultural Studies program in 2013 and graduated in 2019, where she focused on the areas of disability, as well as mental health, art, and transgender studies.

Pre-pandemic, Anne had been busy exhibiting her art and doing presentations “on the appreciation of art therapy,” which she “was involved with for quite a few years.”

In her book, she discussed “the effects of normalizing post-secondary institutional practices in social relations on students who have multiple disabilities and complex identities.”  She included a great deal about “students who are entering college and university you have disabilities . . . and some don’t realize . . . that they can get accommodations.”  While working on her Bachelor’s degree, Anne was struck at the amount of students who were unaware of Accessibility Services and options to obtain a tutor strategist “trained to work with people with disabilities.”  Although Anne’s experiences were positive, she mentioned one incident when one of her AU course tutors, questioned her need for an external tutor.  In the end, AU’s Accessibility Services advocated on her behalf.

In particular, Anne’s thesis focused on Michel Foucault’s ideas of power and knowledge, stating “the more knowledge a person has, the better they’re able to speak up for themselves.”  She continued, “Know all you can, learn all you can, so that you can express to another person what you need and what works best for you.”  She also focused on the problem of academics being experts in their subject matter, but “who don’t know how to teach persons with disabilities.”  Finally, Anne also wrote about mental health issues, a subject she is personally familiar with, and focused on the “ways mental health issues can affect a student’s life.”  Although her advisor, Dr. Gloria Filax, was set to retire, she stayed with Anne throughout the process, believing that she had something of importance to share.  Anne dedicated her book to her tutor, stating, “she stayed with me throughout the whole time.”

Along with the thesis and original artwork, Anne shared some of her earlier memories in her book as well, including moving a great deal with her family, a result of her father in the Armed Forces.  She described the process as difficult for someone with a learning disabilities and mental health issues, a fact compounded by 1950’s era attitudes.

She hopes that this book will manage to reach “other programs that teach those who are going into the mental health field and the disability field.”  She also urged students to “learn everything you can about the disability if you have one . . . If you have triggers . . . bring them up with your professor.  Don’t dismiss it; keep pushing to get what you’re entitled to.”  She also urged students to apply for scholarships and awards, because “there’s so many that never get used.”

In addition to her book, Anne does community advocacy work for the disability community, including mental health, directing individuals to various available community services, and has sat on a few boards.  She is also currently thinking about a next book, which may focus primarily on art.

As a final note, Anne advised, “Don’t let someone tell you that you can’t do this, you can do anything that you set out to and want to do.  You just need a little extra help along the way to get to it.”

Best of Luck Camille and Anne!

Are You Creating Positive Change in COVID-19 Times? Share Your Story!

If you are an AU student or grad creating positive change in your community in a way that is directly (or indirectly) related to your studies— or you are a current AU student or grad/alumni —reach out and share your story in an upcoming article or a feature in our Minds We Meet or AU Graduands-—Interviews form the Other Side columns.