Columns
The Voice
Homemade is Better—Seared Salmon in Naan Sandwiches 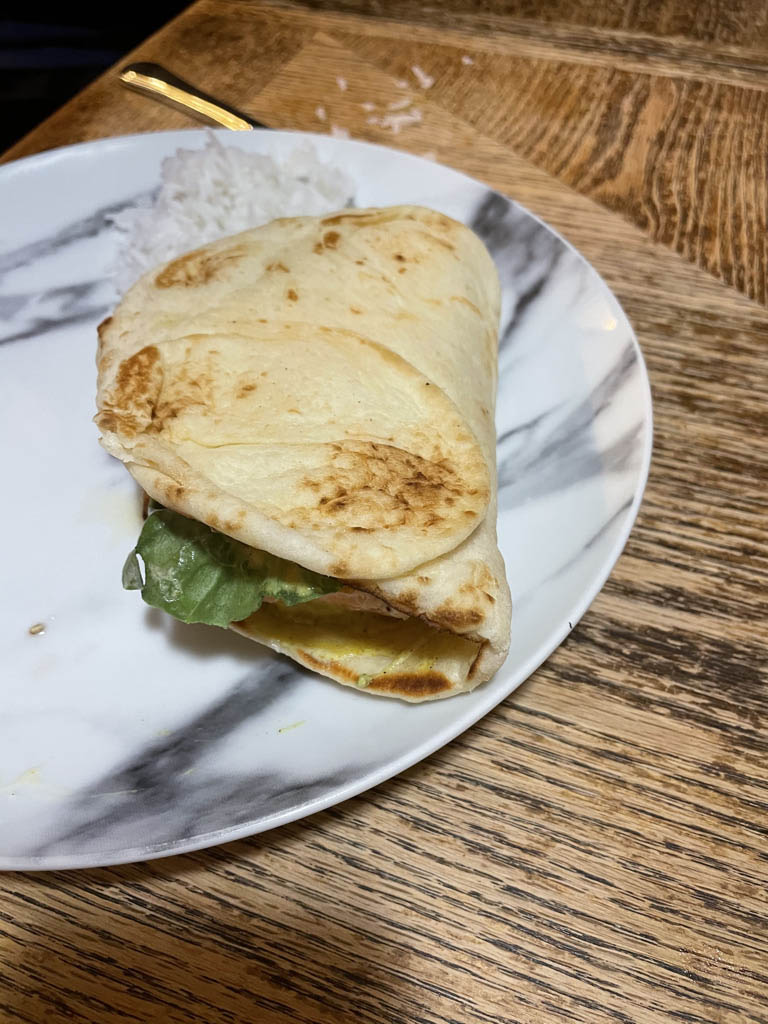 This year for Valentine’s day, why not try something different?  I recreated this recipe from an old Moxie’s dish that I enjoyed when I worked there.  It was before starting culinary school, and it was a great job.  The kitchen manager made the environment fun even during stressful times.  When you work in restaurants, you learn which squad you’re on; the best cooks are the ones that work the busiest times.  The assistant kitchen manager teased me about getting my journeyman certificate and red seal; he told us that he’d never do it.  Fast forward many years after I finished my diploma and worked in the industry for a while.  I was working in food sales and met him again–his mother was the manager at the previous company I worked at.  She told me that he had finally gotten his red seal after all.  I had to laugh!  So, when I met him again, I made sure to bring it up to see him eat his words a little bit.  He was working for a competitor company, so it was fun to tease him the same way he teased me.  It was all in fun, though.

One of my favourite dishes was a fillet of salmon in naan bread served as a sandwich.  I liked it so much that I made my own version of it.  This recipe is a homage to that dish and the people I worked with.  If I remember the dish correctly, it used a garlic aioli and grill onions, which I changed out and used curry mayo instead.  The other thing I did differently was using my sous vide to cook the salmon. I undercooked it, and then I seared it when I was ready to serve it. 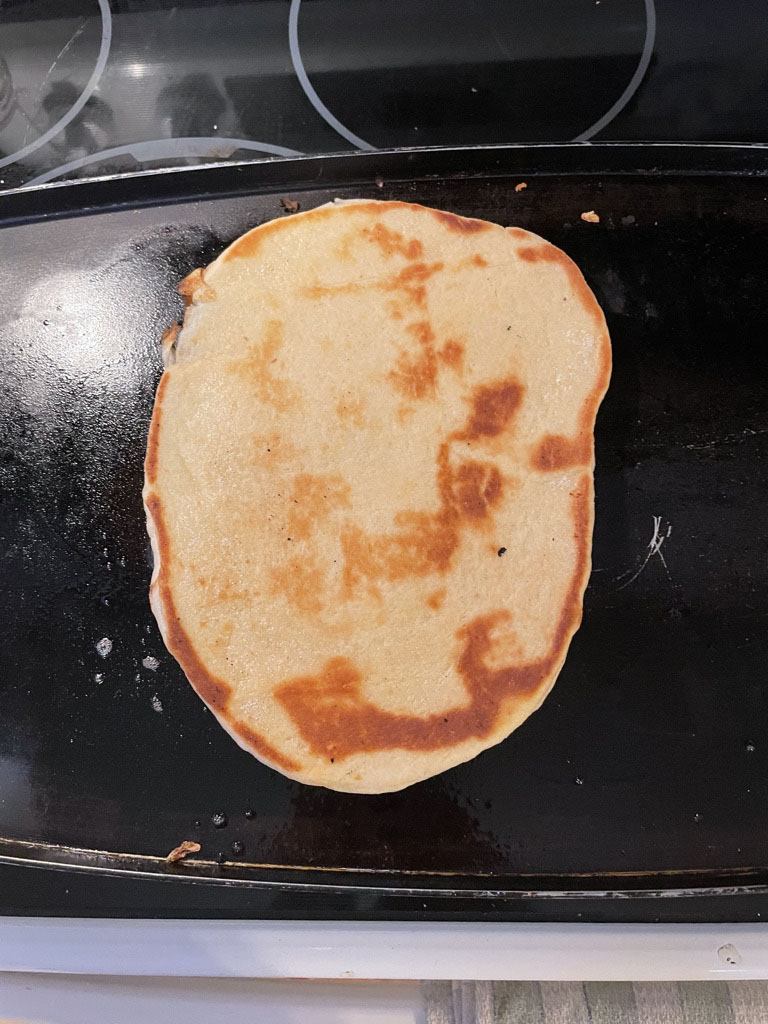 Usually, I’d like to make my own naan, but this time I opted to buy store-bought, and I warmed it up on my griddle.  I buttered it and grilled it, and covered it in a towel in the microwave to keep it warm and soft.  Next, I heated a teaspoon of oil and added an equal amount of curry powder.  I heated the oil to bring out the curry powder’s flavour before adding it to the mayonnaise. 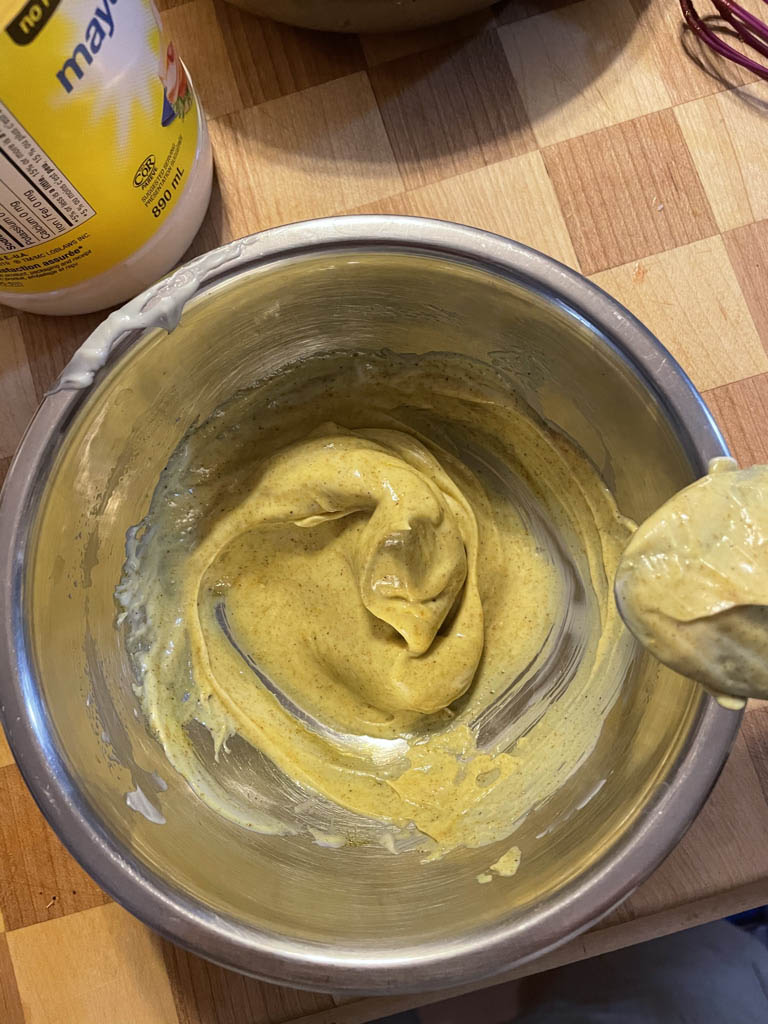 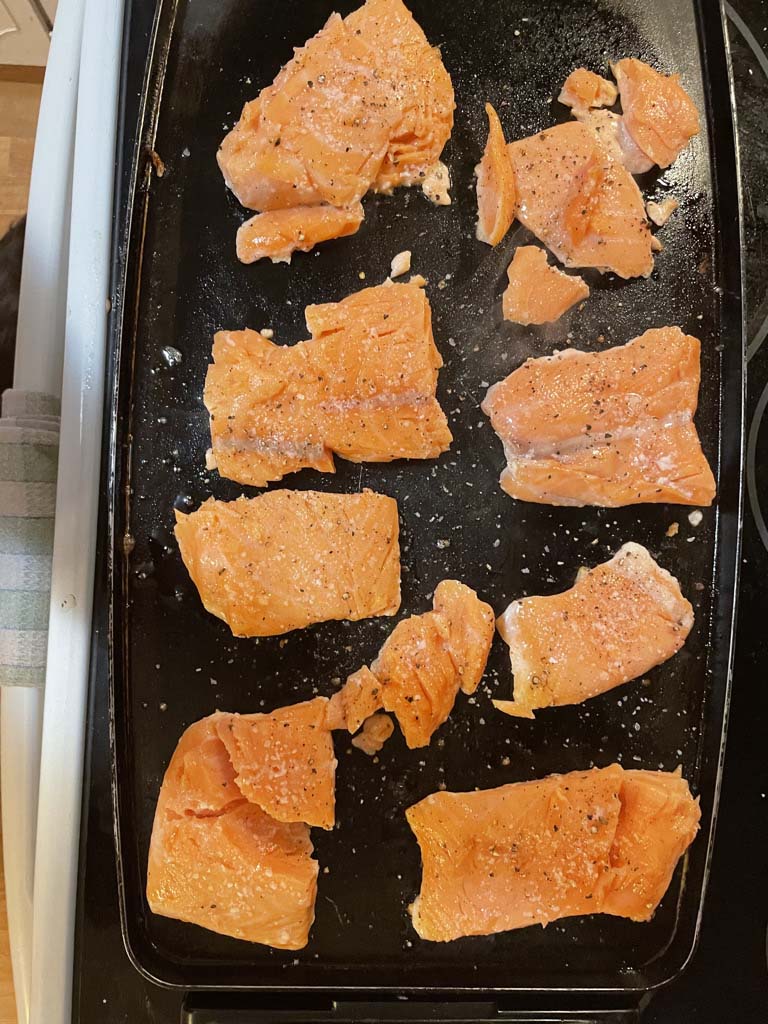 Enjoying the Fruit of my Labour